Tig Rep. 894
#1   28 days ago
Currently looking to add an experimental feature to ..::LvL and I'm looking for a number of volunteers for an initial testing phase.

There could be issues and the system may not work but as a beta tester you must be willing report back any issues like this - if it happens. That is the only way this new feature will be able to be enabled for more people.

It is possible you would be required perform a cache clear of your browser data as well (if there are issues).

You will be required to be signed in during the testing phase too.

Still keen? Let me know publicly below or privately using the contact form and I'll enable you as a beta tester.

There is a link to Live preview on the Review and the Media page for listings that support the feature (which is most).

Mapsking Rep. 204
#6   25 days ago
Not to be nitpicky, but after I randomly loaded a map, (it selected lvlworld.com/media/id:2329), one thing I immediately noticed is on the top left when the button is clicked, says "LiveView", but on the button itself, it says Live Preview. Just mentioning they are inconsistent.

I know it is a big map, and maybe it was a bad example, because of being a TA version, but it took several minutes to load, it was so choppy, I could barely use it. I went into the settings, to try to change a keybind, and hit backspace to clear an entry, and it immediately closed the window. A confirmation would be nice. There were missing textures everywhere, and it seemed to be loading them SLOWLY, when you got close to something, but I mean three minutes or so, and still most were missing textures. This was AFTER the initial loading screen, with the spinning JS.

I used the review one, and it seemed to work, and while it did load everything, there seemed to be a few graphical glitches, sopecifically on ammo boxes. However, I know the point is to be able to preview the map, and even though slow, it is an awesome feature to be able to preview maps in the web browser. I feel it needs a bit of optimization, and I know it is not the same as playing Quake 3 or OpenArena, and it DOES gove you a good feel of the map, but I also feel since even though the frame rate showed 60 FPS, it id hard to get an accurate representation with it being so sluggish.

In addition, I noticed after closing Firefox, it did not save settings, like drawing a gun, the HUD, or a button I had changed to jump and/or move up. If it is intended to start without those things, I also suggest it get changed to start in spectate mode as well, to preview a map, rather than in first person mode.

When I loaded it in Edge, it did seem a bit smoother, and the BACKSPACE button did not exit the window, so maybe that needs to be looked at for Firefox.

I also loaded it in Chrome, and it seemed to work fine, still a bit slow for all of them, but Chrome seemed to take significantly longer to load the images than the other web browsers. I'm not a programmer, but perhaps it would be better to download everything, or load everything BEFORE putting the player in the map, and then making them wait for a few minutes to load the textures? Not sure if possible.

I also had troubles with the mouse capture. When I ALT-TABbed out of the window, it took numerous tried to get it to grab the mouse again. I could move around, but not look with the mouse. It took five or six tries before it captured it.

At this point, initially, it is a really cool feature, but I feel I could have downloaded the map, loaded up OA, and looked around the map thoroughly ten times in the time it took me to look around it once or twice with these aforementioned issues.

Bottom line, to preview maps, the Q3 webGL client really needs to start you in spectator mode, and if there is a way to speed it up, possibly with timescale, or some other optimization, it would be significantly better than it is now.

Great work to everyone involved, I can't wait to see this improve!

Your ping has nothing to do with the performance, but your network speed to the streaming server can impact the time to load the graphics. Your CPU and the complexity of the map can also slow that load time.

The two maps you randomly picked are both Q3 engine heavy (one more than the other), this would have also impacted the download of the streaming graphics. Loading the maps again should be fast. If the textures are used on a different map, you will not need to download them again, but with these two maps, most textures would be unique to the maps.

The two link samples are correct. There is a valid reason for it, that is by design.

WebGL and mouse movement and capture is always an issue. Each browser does something a little different - that is just the way the browsers work. You can always bring download the console and type \quit - that is what I do.

And yes, you can download the map quicker and start up the game from your PC, but playing Q3A in a browser, using WebGL, well, that is just cool :) You are more than welcome to continue to download and install the maps the other way.

Mapsking Rep. 204
#8   25 days ago
It is cool, but not what I'd call playable either. You can't change and keep many things, it is slow, and I've got a good CPU and graphics card, by default, the gun is not shown, nor HUD, you can't add bots, etc. For looking at a preview of a map, certainly yes, it is cool, and I hope it will improve. It is a great feature, but that's why things are in beta, so they can get better. I'll try some other maps, but even things like the grenade launcher and rocket launcher had to load and redownload the second time, even though there was a rocket launcher for sure on the first map. Maybe it is a bug then, if it is supposed to save them?

Tried a small map and took longish to load but it was worth the wait as you could actually see the map from the inside without downloading. The ingame menu (º key) worked fine and seems to me most commands work. I changed some settings (mouse sensitivity, fov, draw item, etc), added a bot, and tested the map with bots (imgur.com/3TtjYqL). You can also control the game settings with Setup menu and even exit to the game menu and reload the map (no other map seems to be available).
So all seems very nice. My only minor point is that the add bot option from the in-game menu (Esc key) is disabled but you can easily add them with the console (addbot...), or through leaving the arena. Maybe you want to enable that option? Is it better for people to try a map with bots or not? What is your aim? Maybe people will get distracted playing? Maybe people will remember how nice Q3 is? Not sure.
In any case, very nice feature! I think this might be particularly useful for maps which you are not convinced of downloading or not. It might hopefully increase retention too, to the site and to the game!
Edited 1.05 minutes after the original posting.

I don't know about things like loading custom maps, and of course it is nice to just click on the button, to load the map, but I wonder if the source code could be looked at to help offer improvements in this iteration? When I tested OA at the above link, there was only minor slowdown, but almost not noticeable. Bots worked fine, etc. However, with the Q3 option, as I said above, it was very slow. Just a thought, not sure if feasible or not.
Edited 17 seconds after the original posting.

raspatan Rep. 2296
#11   24 days ago
Tig, what other testing would be most useful to you? Different maps? Different browsers?

Tig Rep. 894
#12   23 days ago
@Mapsking : That browser based OpenArena engine is using the same idea but I had to download over 300MB before it started. For me, the jitters were still present as well as the mouse capture (and release) issues.

@raspatan: Just enjoy the LiveView feature and report if you have issues. That is all I ask. I'm putting up another thread as will most likely close this one off.

megamind Rep. 30
#13   23 days ago
@Mapsking and @raspatan Excellent feedback, thank you. I've documented some items on my short-term TODO. I did not notice the bot menu was disabled, and a few inter-browser mouse capture bugs might be resolvable. 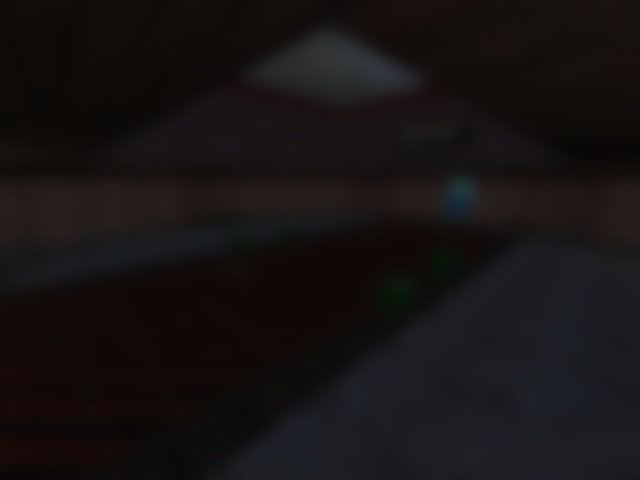