raspatan Rep. 1636
#1   24 Jul 2020
Hi there,
I've seen many maps elsewhere, not available on this website. For instance, only two of those listed on www.fjoggs.com/index.html are available here. The CPMA team also recently added 4 new maps - playmorepromode.com/maps Must these maps be submitted by authors or can they also be submitted by someone else? The information on the specific website about submissions in unclear about it - lvlworld.com/howtosubmit
Edited 1.7 minutes after the original posting.

If an author sees their level listed here and does not like that, I will remove it.

Basically if the maps are released, they can be reviewed, but I will respect the wishes of the author (or authors) and remove a listed map if requested.

themuffinator Rep. 548
#4   25 Jul 2020
The 4 new CPM maps are still under development - lvl is all about final release maps.
I agree though, there are some outstanding maps which don't appear here.

leilei Rep. 297
#5   27 Jul 2020
I prefer a LvL that's a respectful curated place rather than the scrape mess of certain other places (which lead to author displacement and theft). After two decades, this feels like the last place to do so.
Edited 2.28 minutes after the original posting.

EmeraldTiger Rep. 1512
#6   27 Jul 2020
I prefer a LvL that's a respectful curated place rather than the scrape mess of certain other places (which lead to author displacement and theft). After two decades, this feels like the last place to do so.
I mean, I do fully agree that a certain standard of quality should be upheld. But there are indeed a lot of great, or at the very least interesting maps that can be found on ws.q3df or other sites but have been completely absent from LvL for years and years, which prevented them from receiving some well-deserved recognition.

In 2020, with so few new maps being made, I feel like uncovering "buried treasures" is one of the best ways to help keep supporting LvL (in addition to donations) with new content. And since most people have never heard of these old maps, they'll basically be new to most people anyway. Of course, as Tig said, one should check the readme first to make sure redistribution is okay (there was one map I found that I really wanted to send in because I thought it was really cool, but the author required permission to even redistribute it for free, regardless of whether it's for profit or not), and of course one shouldn't send in betas or alpha builds, something which I'll fully admit to having made the mistake of doing years ago but recognize and try to avoid now. So it is possible to still respect the authors and send in their maps (and keep a high level of quality in place while doing so), because most authors are generally okay with having their maps redistributed as long as it's not for profit and the readme file / map assets are left undisturbed, with few exceptions like the one I mentioned earlier, which I'll gladly respect.
Edited 11.93 minutes after the original posting.

raspatan Rep. 1636
#7   28 Jul 2020
I prefer a LvL that's a respectful curated place rather than the scrape mess of certain other places (which lead to author displacement and theft). After two decades, this feels like the last place to do so.
Unfortunately, the evidence does not support this. There are some terrible maps reviewed on this site. Also, it is a bit paternalistic to say which maps are not worth publicising. I often find myself in total disagreement with the official review or with the votes. Surely, with scarce resources (time, reviewers), it might not be possible to have all maps on this site. But nowadays, with the limited number of submissions, it might be worth the effort. Plus, as EmeraldTiger said, there are some gems around with are not here. Yesterday I submitted a review for a map in the queue, "ts_dm6", made in 2004, which is one of the most addictive maps I've ever played. It is a complete shame such map was not already here.
Edited 2.37 minutes after the original posting.

HelterSkeleton Rep. 3301
#8   15 Aug 2020
great idea raspatan! i see you may have already submitted some of my favourites. i have always lamented some of my fave maps were missing from here. great way to keep the site vibrant. I'm going to put some feelers out and contact some authors about permissions/getting their work submitted here. if anyone has already contacted people lemme know so i don't bother them again. cheers.

EmeraldTiger Rep. 1512
#9   15 Aug 2020
I've contacted Yogi about putting "Bullet in the Gun" (ws.q3df.org/map/yog3dm5/) on LvL, which is one of the maps I came across that required permission just for free redistribution, and luckily one of his emails still worked and he gave his approval.

There's another map that also requires permission for redistributing regardless of method, and that is "Tones of Twice" (ws.q3df.org/map/tonesoftwice/) by Mike S., but his contact details are floating. If anyone has any leads, let me know.

HelterSkeleton Rep. 3301
#10   16 Aug 2020
@EmeraldTiger - you could always try the various message boards and also Discord. do people still even use icq anymore?

I do kinda agree with leilei. given someone apparently already submitted a level here as their own, if that has gone around the circuits it might have painted LvL in a somewhat negative light in the minds of some people. I think maybe some authors also have avoided submitting to LvL because they don't like the reviews maps get. Especially promode. Really what else is there to say about a map, but some don't like the fact that reviewer's don't taken promode into account when rating or reviewing maps. Petty, I know, but you still have to respect their right to control submission of their work, regardless of the reasons. Just look at youtube and the music situation. it is common for people to upload other artist's music rather than produce their own content. so I think as a sign of courtesy and respect, in the first instance one should contact the author direct.

on the other hand - most author's want their maps to be played and promoted - and most readme's allow for non-commercial free distribution so I agree with Tig. In the case you mentioned above, just keep a record that shows you at least tried to make contact. it's not really your fault either if contact details are no longer up to date. so as long as you tried I don't see a problem there. just dbl check with tig first. 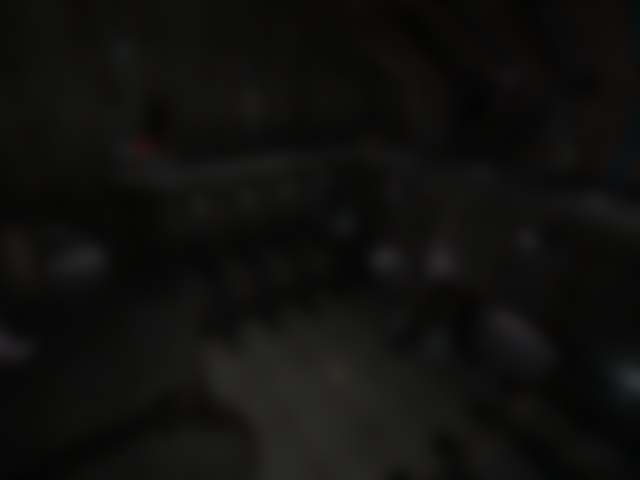