EmeraldTiger Rep. 1900
#1   12 Feb 2011
I want to make one because I seem to be fascinated with the beauty of simplicity that a lot of RA3 maps demonstrate, but since they are not good enough to stand out on their own, they pretty much have to be "bundled" up in a RA3 map.

Unfortunately RA3 has little server activity nowadays, although there is still a small playerbase remaining. Question is, is it worth it, or is it not even if you want to do it?

I was thinking of also releasing all the arenas as "single arenas" along with the actual map, but you never know.
Edited 59 seconds after the original posting.

Tig Rep. 964
#2   12 Feb 2011
Personally, I would not make a RA3 map today due to the small number of dedicated RA3 players unless you have direct links with a group of those players. I totally love the RA3 style of gameplay - its fast, frantic and you can jump in for a quick game and be gone 5 minutes later, or you can stay for ages, but the lack of bots and players is a shame.

If you have some ideas for arenas, look at merging the ideas or expanding on them into a small DM or Tourney release is my suggestion.

EmeraldTiger Rep. 1900
#3   13 Feb 2011
My other idea was that I could just bundle them up in one .zip and just orient them towards Small CA, which can be played in CPM, OSP, or anything that supports the mod.

Takkie Rep. 1287
#4   20 Dec 2020
@EmeraldTiger (and anyone with the same question) Just like Tig I also totally love the RA format but never play it because of the lack of bots.
The RA maps are really good for instagib SlugRock style of gameplay. So I suggest place some weapons/items in somewhat clever places so the bots will roam. Fire up a simple mod and just have fun fraggin'.

richoi Rep. 40
#5   21 Dec 2020
hope this is an appropriate place to mention that there is an openarena server that is usually just rockets. other voted on choices are: railgun & rockets, insta (railgun only); and a grapple hook. bots can be voted in with different skill levels (1-5). there are many unique maps. there are bots if no humans around, or a mix. all choices voted on. as Tig states: " its fast, frantic and you can jump in for a quick game and be gone 5 minutes later, or you can stay for ages", which is why i seem to go there alot lately. the server is: "/n/city uk". it's one of many "rat mod" servers european based. there is lag compensation, so, those with high pings (> 100, me :-) ) have a chance. some good players with pings over 150-200. it's quick and fun.

Takkie Rep. 1287
#7   19 days ago
I don't have any real understanding of coding but could it be possible to create a mod that defines the different arena's of a RA map as seperate levels? There must be something a mapper must do to a RA map to specify the different arena's in the maps .bsp. With this specification you could script an .arena file to select the part of the RA map you want to play.
There are mods that add items to a map by scripting like the Corkscrew mod or excessive+ and there are others. So without changing the .bsp you could select different arena's of an RA map, add items and I think it is already possible to build an .aas file for a RA map. You need to code that the bots spawn in the right arena where the player is and after they are fragged they need to respawn in the same arena and not an other part of the RA map (iirc that is part of the problem if add bots to a RA map).
I'd be happy to be part of the testing of such a mod and to do item layouts of the existing RA maps (item_botroam works because I used that in my sr3maps) .
Ahhh I just love having mod ideas...

Anyways I know it is now possible to use entity override files in mods like CPMA to change the items and spawns without recompiling the map. Presumably one could take a RA3 map, remove all spawns except those in the arena you want to restrict the player to, then add items in the arena that still has spawn points. The players will only spawn in the one arena, with items. Only issue is that you'd probably have to swap out override files for different arenas in the same map file, so if (for example) you wanted to play Theatre of Pain from ra3map1 with items, but then later wanted to play Thunderstruck from the same map file, you'd need to delete the Theatre of Pain entity override and replace it with the Thunderstruck one, unless there are mods that can let you choose between different overrides for the same map file. Someone with more knowledge on overrides can likely give a better response.
Edited 16 seconds after the original posting.

Takkie Rep. 1287
#9   17 days ago
That sounds intriguing. Could it be enough to copy/paste ra3map1.bsp and rename it to ra3map1a.bsp / ra3map1b.bsp etc.
And then use the entity override. So you can play Theater of Pain with ra3map1a
And Thunderstruck with ra3map1b
Such entity override might be also a nice addition to the level up mod.
Only registered members can post a reply.
Already registered? Sign in.


Top

Reply

New thread

Forum

Sign in

Register 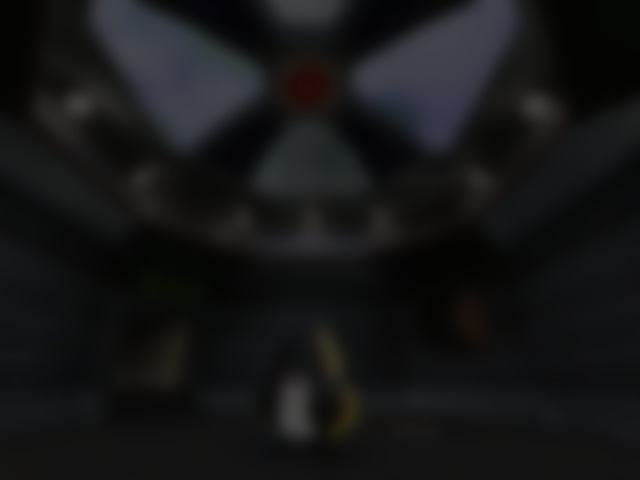