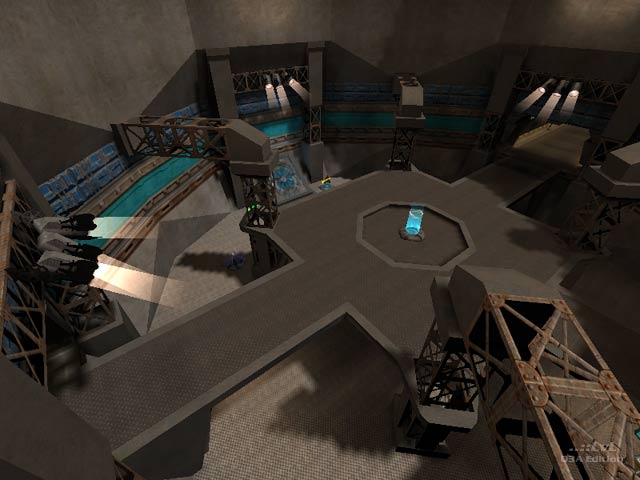 An interesting and well realised space terrain map. Made up of two moon bases and a central space station, the terrain is well modelled and the architecture solid. The moon base has a partially open aperture ceiling that makes a strong structural feature. The texturing, lighting and atmosphere work together beautifully in creating the environment. The small space station leads to good close up fighting, and the terrain encourages good open exchanges of gunfire but the corridors into the base are a little long and only offer horizontal fighting. There is a cool 2001 secret. The biggest problem is the lack of a bot file (i.e. no bot play), this is not an oversight on the mappers behalf, it has been caused by a technical problem outlined in the readme file. 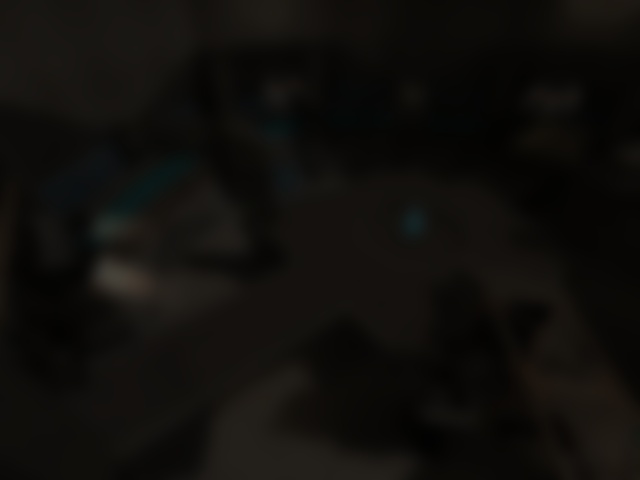