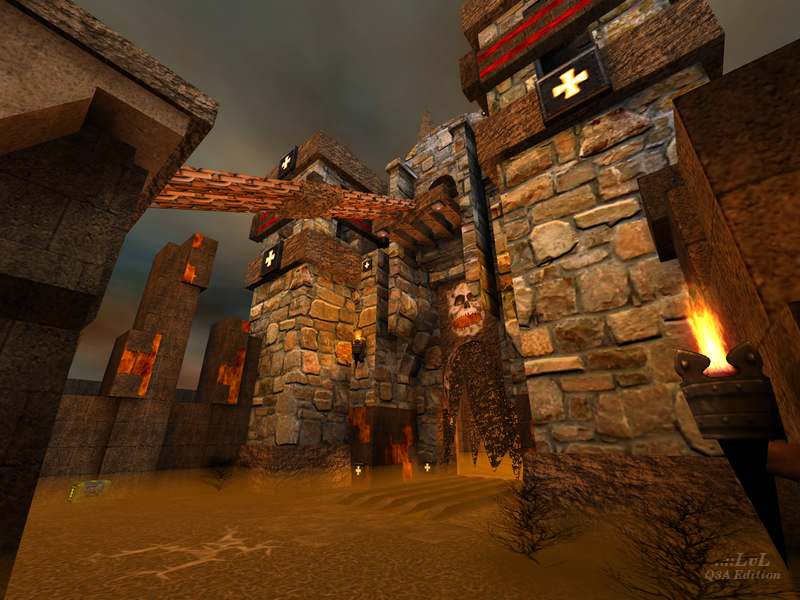 Haunted house or B-Grade horror like environment makes for a fun, fast DM. JonnYRed has a habit of making uniquely styled releases and this one is no exception.

The mostly symmetrical layout is quick to learn and the central, higher area quickly becomes a focus for the action with the Railgun at one end and the Rocket launcher at the other. The textures are fun, haunted house like with stylised skulls and shader effects. The orange fog and an abundance of dead bushes re-enforces the over-the-top theme. There is a real rawness to the simple brushwork.

Game play is fast with 3 in a DM or even as a dual match. The central ledge does lead to some camping between the two main weapons. Due to the straightness of this run, a triggered trap that shot a Rocket Launcher along this pathway would have helped to counter the camping and still suit the theme.

The TeamDM option is enabled but anything more than a 2vs2 match is too much for the small arena. TeamDM is really just a matter of controlling the upper area and picking off the others at the apex of the jumppads.

Bots play the map without any noticeable issues. They will move over the entire map.

Even with the few faults, this release is well worth a few games. 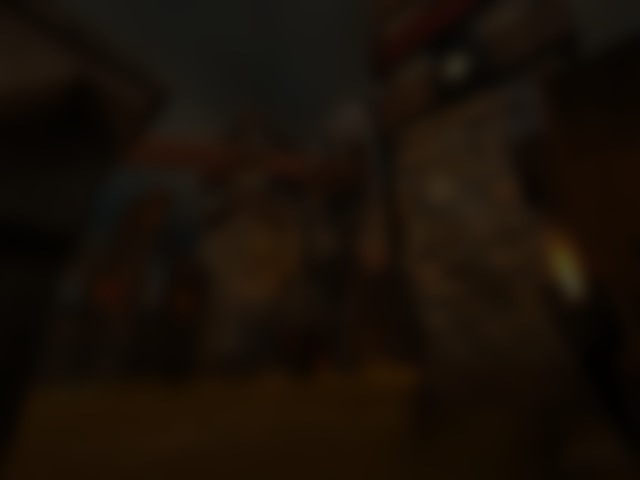