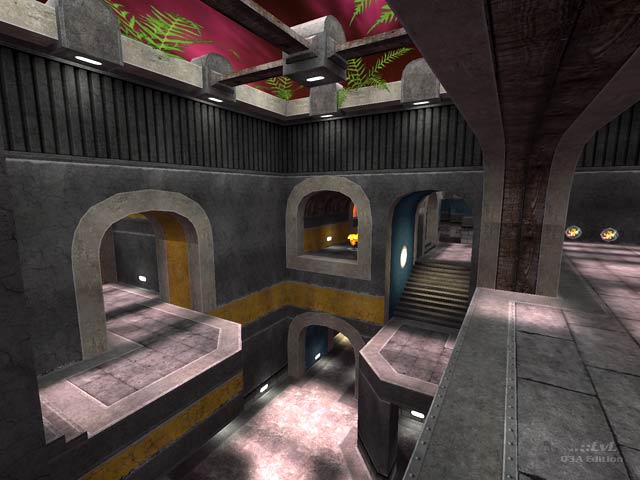 Kumasutra is thefury aka sumatra's latest map and in his own words, he was trying to keep it simple, without any distracting gadgets. Well he certainly pulled that off. This map is about game play whilst at the same time, having a level of minimalist yet very appealing textures (according to the readme, he will be releasing these separately later so keep an eye on the author's site for them - see the readme for further details).

When looking at the screen shots the purple sky really seems to clash with the map but in game it works well and besides you hardly notice it once the action gets going. I would probably have not bothered with the plants on this one, but that is a personal observation and some may find the large round lights and teleporters a little off putting, but personally I thought they worked really well with the theme.

The standard map is set up for tourney and DM, but does include a further two map configs (a version for FFA with Quad Damage and a version with Railgun), that can be voted in CPMA.

Load-wise the map includes all the weapons, minus the RG and the BFG. The former of which I thought was a little strange and will not be to some players liking. However, being a fairly open map this is not a bad thing as it does not rapidly descend into a rail slug contest from one end of the map to the other. I found the pre-dominant weapon to be the LG, which was a little strange given the two RL's (one up, one down). Armour wise you'll find an RA, a YA and a GA (on the lower level for CPMA).

The RA is situated in a small stairwell area that was opened up at a later stage in the maps development and the area looks great. The mega-health is also included but campers beware of the player overlooking you with the RL right above your head.

Given the CPMA orientation of the map there is plenty of opportunity to explore the finer art of the greater air control CPMA provides in the pro-mode game play setting. But don't let this put you off because I found most routes where still highly possible in VQ3. You might have to be a bit more experienced to pull some of them off though.

Final Words: A rock solid release from sumatra with awesome game play. Gentlemen start you download engines cause this one is a sure keeper. 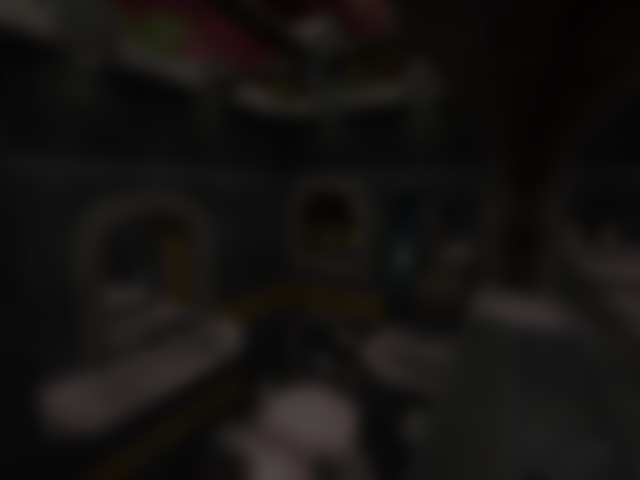