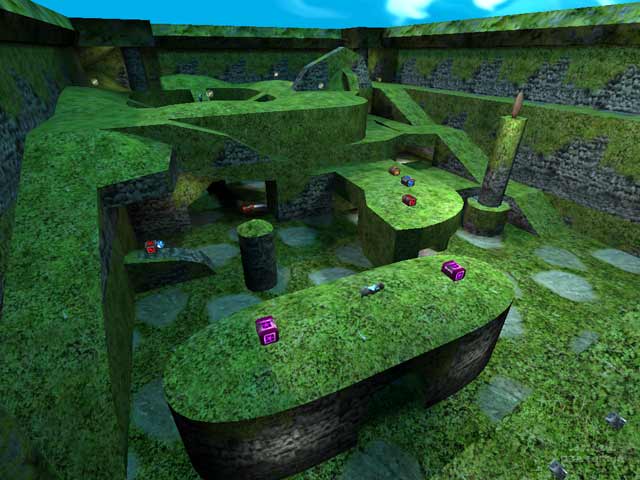 We have here a box map again. These kind of maps have been condemned many times as too simplistic and boring. I have always had some reservations about such summary judgements. IMO it is not impossible to make good box maps. The problem is that box maps are usually made by beginners who do not yet have enough experience to make them good. Seasoned mappers on the other hand will not even consider making a box map because they think it is degrading and would expose them to ridicule from the mapping gurus.

The box map I am reviewing here is actually not bad. The author managed to create a quite interesting layout that could result in good gameplay. There are several levels promoting Z-axis fighting, multiple routes and plenty of cover to play hide and seek. In spite of this the map does not look and feel like a confusing maze. Some places on the lowest level are a little tight (not enough head room) but this is a minor problem only. The brushwork is not too bad, there are plenty of curved surfaces. However, some of the architecture (e.g. the ramps) could be a bit more detailed.

Unfortunately, the potentially good gameplay of the map is destroyed by the choice and placement of items. The map is rather small by Q3A standards, and yet we have almost all the powerups - quad, haste, battle suit, regeneration, invisibility - not to mention a megahealth. As for weapons, there are two (!) BFGs, three rocket launchers, a railgun, four shotguns, a grenade launcher and a plasmagun. This is a massive overkill.

Another problem decreasing the map's value is the choice and application of textures. A grand total of four (!) textures have been used, giving the map a uniform and bland appearance. The skybox used is also rather bad, it is too bright and unnatural.

I guess that the above mentioned shortcomings are due to the limited mapping experience of the author. I could not find his name in the list of authors on ..::LvL, so probably this is his first release.

In summary, 'pictish_ruins' is a map with good potential as far as layout and gameplay is concerned, but it is ruined (no pun intended) by a couple of design faults. In its present state I rate it at 4 on the 0 to 10 scale. I want to encourage the author to make a revised version of this map. However, he should read a couple of tutorials on map design, especially about item placement, and should ask some experienced players to beta test the map before releasing the next version.

Tigs notes: This level includes a custom Quad model and new sounds for Quad and Regeneration, which will appear in other maps. While the model and sounds are well done, the fact they appear in other levels is a nuisance. 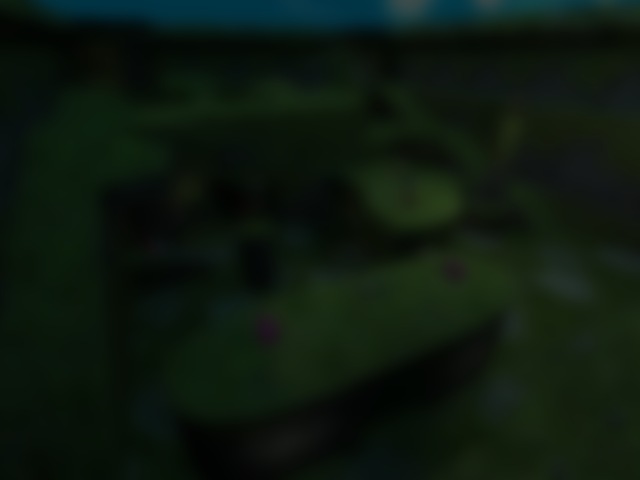