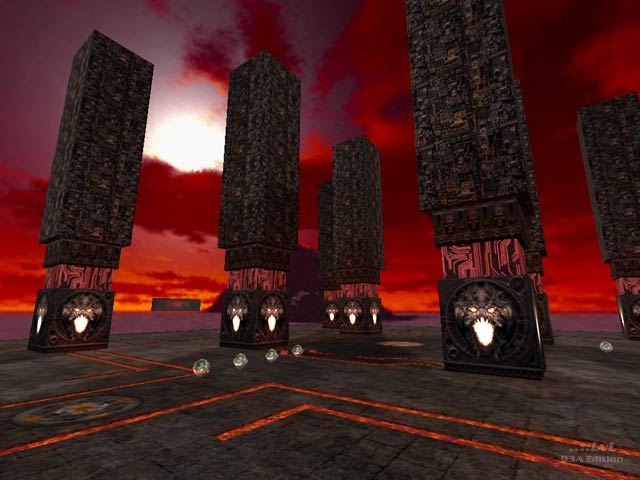 A simple floater that appears to be set on a moon of Jupiter. The arena consists of a single square platform of symmetrical layout with 8 pillars for cover and 4 spawn points. Players spawn with 125 health, 100 armour and a rocket launcher equipped with 200 rockets. A player will have to rely on that and items dropped by opponents. This pack comes in two flavours - Tourney and Free For All sporting a different texture set. FFA also includes 16 green health bubbles and a Quad which spawns in the centre. It is possible to rocket jump to the top of the pillars with Quad and a respectable amount of armour and health. The Tourney screenshot gives the impression that MH spawns in the centre but I found this never happened.

Arena and bot files are included. Bots play fairly well as far as bots go and this pack would work equally well for instagib. It won't win any awards for originality but LAN it for some frantic rocket fun. A competent effort.

EM Pack contains two levels, Voox which is FFA and Qoox which is tourney. Apart from different textures, the two levels are identical architecturally. They are also nothing more than a flat, square expanse dotted with eight columns. In both maps you are armed solely with the RL. Voox comes with some strings of 5 healths and a quad, but nothing else; Qoox does not even have that much. So if you enjoy fragging opponents on a completely flat map, you will love the mayhem of Voox. The columns are theoretically the one concession to tactical play, but the bots are not that way inclined, hence the mayhem. On Qoox you are pitted against Anarki, but without any items in the map, he shows no inclination to go sightseeing, which means that if he can not see you, he stops moving and can easily and sneakily be disposed of. Either way, the gameplay in both versions of the level is uninteresting.

Qoox is missing a texture.

In spite of the smallness of the download, this is not 1.3Mb I'd recommend to anyone. 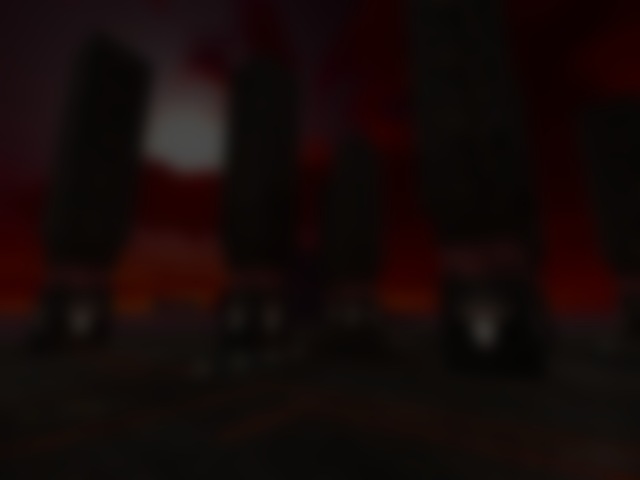