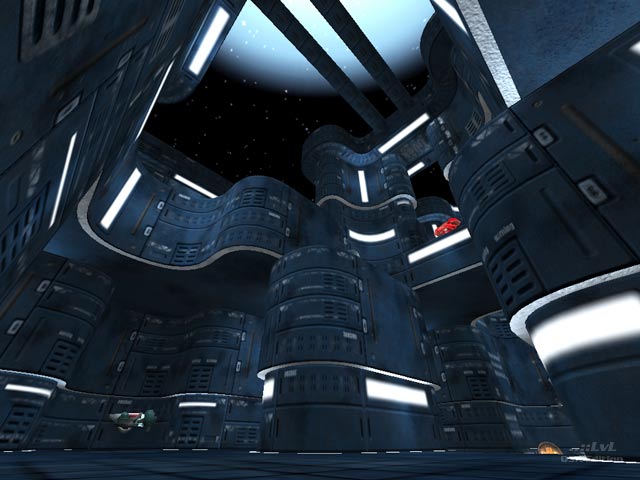 Julek likes to make small tourney maps and this one is on the extremely small side. It's about as small as you can get and still be playable. The design reminds me of House of Chthon (e1m7) from Quake1, but on a smaller scale. Two levels, open in the middle (no lava or huge monster there), and a jump pad at one end. There are also 2 teleports that move you around more than e1m7. A few sets of shallow stairs on each level give some vertical variety, but gameplay is generally flat. Since the center drop down area is small, there are few firefight opportunities there. Gameplay can still be fun, but you will always know where your opponent is. Occasionally you'll run circles: you go downstairs to frag him, but he just came upstairs to get you, so... now you drop downstairs to surprise him- but he just teleported to where you were, etc.

A small map yields few items: weapons include SG, PG, RL, LG. There is a RA and a few health and armor shards. The textures and architecture are standard Julek stuff, but in blue. The floors are Hexagon tiled with tech-style walls that have his usual curved look. I would have liked the open air ceiling to be higher (not clipped) to allow a little more clearance for rocket jumps, but it doesn't affect gameplay. This was probably done so people couldn't camp up on the 2 center overhead pipes. 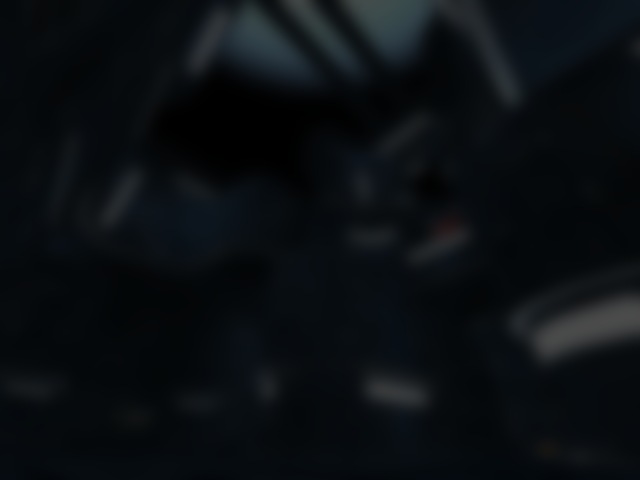