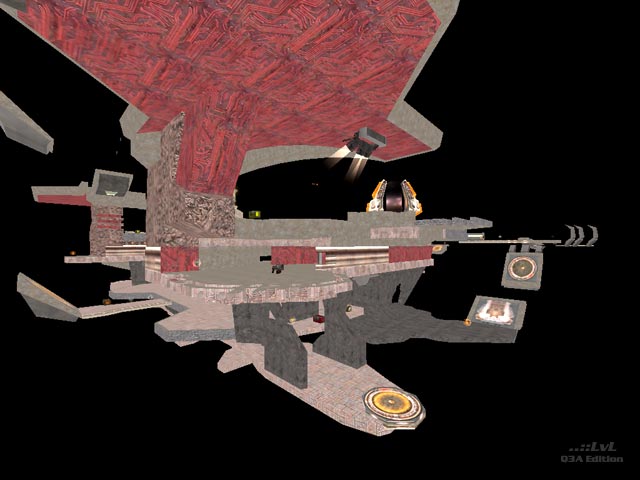 A series of Q3DM17 remakes. The Longest Yard is perhaps the most loved and hated of all the original Q3 maps. Over time we have witnessed a number of new versions; some bring something new or interesting to the level, whilst others do not.

This series of Q3DM17WEP maps, to my mind, falls firmly in the latter category rather than the former. For starters the levels have not been fully vis'ed, nor has any light been compiled. For what maybe the least attractive of the id maps it certainly does not benefit from being rendered in full bright mode. Only WEP19 actually has a levelshot that appears in the skirmish menu. The other maps in the series all default to the Q3 symbol. I do not fully understand why it is necessary to have 4 separate pk3 downloads at all. A single PK3 containing all the levels would have sufficed and made more sense.

So what exactly has been added to the original map?

In WEP19 we have 2 extra floating platforms and cut throughs under the side platforms of the central structure. The cut throughs themselves do actually add some further dimension to play, but are poorly made and one jump pad in particular simply spits you back in the direction you just came. Interestingly we now have 2 Red Armours and 4 Yellows, double ups on all the weapons and more added besides. Several new launch pads are included that hurl you in the wrong direction and mention must be made of the jump pad that doubles as a teleporter.

WEP26 shows the evolution of an idea that has already failed to make much sense. Another platform has appeared, obviously cloned as it is devoid of texturing on one side. This editions special feature is a floating rectangle of zap scroll texture that acts as a teleporter. We are now entering item overload city. I'm sure there really must have been space to stick 2 or 3 BFGs in here somewhere.

WEP31 brings yet further developments. The author is getting the hang of the editor now. Not 1, but 2 new features. Wait for it, another platform has spawned and WEP26's new platform has grown spikes. I probably do not have to mention it because you will have got the feel of this by now, but yet more items are available in this version. To be honest the new red platform is quite well designed and the addition to the previous platform is an interesting feature too, but that's about as far as it goes.

Do not get me wrong here, I'm not dissing the author for the sake of it. Most mappers have done something like this, but to borrow a phrase, these should be consigned to the learning/experience folder rather than released. 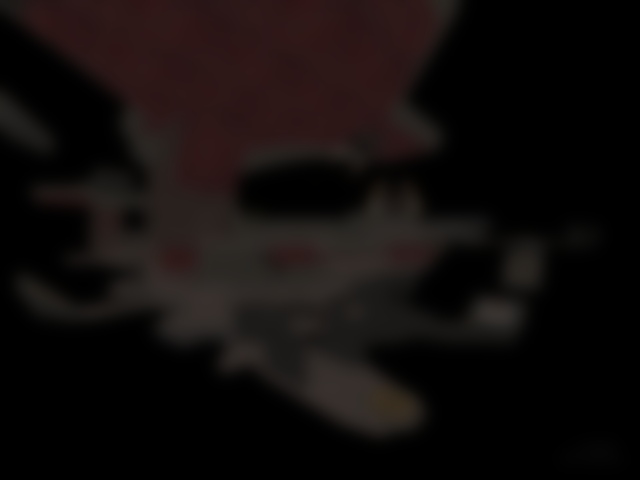