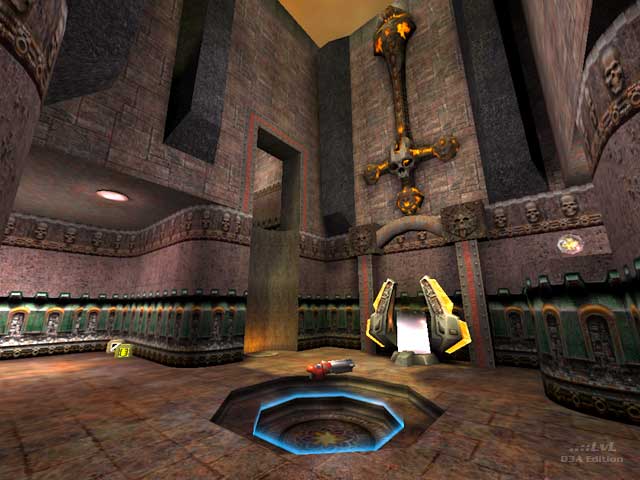 The map uses layered Gothic textures. The layout is pretty good with tight corridors leading to action zones. The lighting is good throughout the map. The action is good, but improves with more players. Bots play a decent game.

Overall a good map. May stay on some people's harddrives.

Much of the game will focus on controlling the rail gun and avoiding the corridors but the game play is pretty solid though, especially around the rail gun, the outer rocket launcher and upper yellow armour areas. But this is unfortunately offset by other areas playing really flat. There is no red armour or mega health but for the most part what is available is really well spread and this level is really well connected with plenty of routes giving a player many opportunities to retreat and regroup.

There is an issue with the spawn locations being too far away from items and some of the spawn locations being placed right in the middle of those really long corridors. Also, the bounce pads are too small and nowhere is this more felt than at the bounce pad up to the yellow armour and the one that takes you to the lightning gun. The lightning gun bounce pad is particularly frustrating when trying to slide into it from the corridor itself.

The teleporters are also a major issue. One will give you a speed boost straight out to the lightning gun corridor or an adjacent bounce pad and another takes you to the grenade launcher and onto a 50 health and yellow armour. But the one to the lightning gun bounce pad forces you straight onto it, and another will find you face planting straight into a wall on the way to the lower rocket launcher. None of them really let you strafe left or right into the corridors themselves and ultimately these little design flaws really let this level down.

It might be worth a few games as a small FFA but as a tourney I felt its shelf-life rather limited. 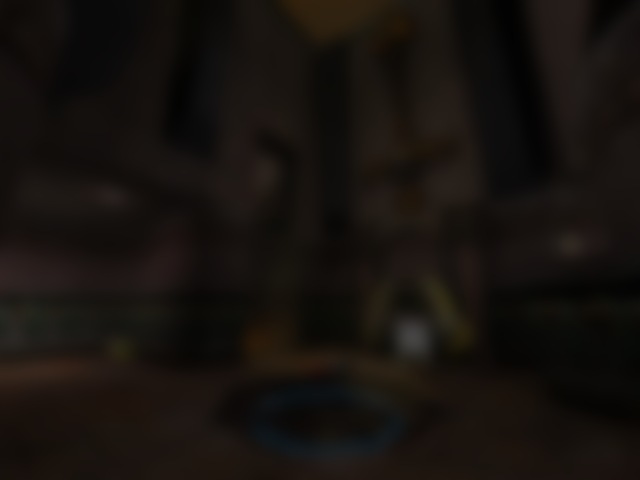