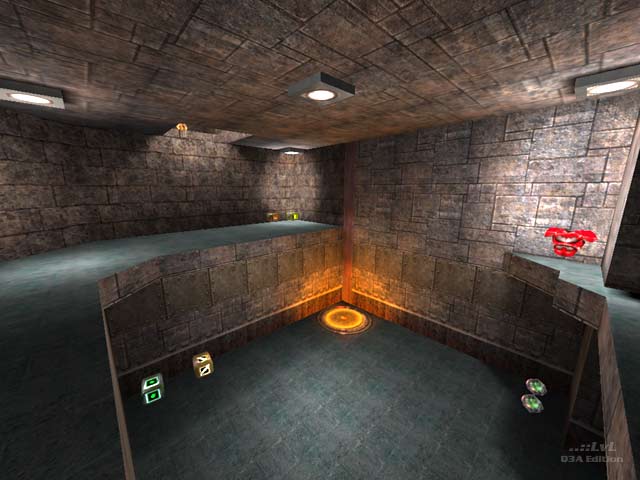 Visuals, who needs them! The texturing scheme is one for the floors, one for the walls and another for the ceiling. The level is predominantly a corridor map with a one room-like area, a second that is a split level room/corridor affair, and a third that's little more than an annexe to a passage. The jump pad up to the LG area is awkwardly placed in the middle of an intersection between two corridors. While there are two ways into the GL/RA room, there's only one way out. Bots have no problem navigating the map, but don't make the jump to the SG corridor and have largely repetitive gameplay.

Overall, items could have been better distributed and there really needs to be something to counterbalance the LG better. A suggested alternative item layout. Move the GL to where the LG is, the LG where the SG is, and the SG where the GL is. The two 50 healths that are sitting next to each other should have been placed in separate locations.

Not a recommend download, not because of the lack of visuals, but because the quality of the gameplay. It just doesn't cut it.

The name of this map is about the most interesting part of it. The readme states that this is the second in a series of deathmatch maps that he plans to make. Let's hope the next ones are better. The readme is also devoid of punctuation which is befitting this map that is devoid of anything even remotely interesting. Imagine you're in the Windows 98 OpenGL Hallways screensaver. That's about the extent of it. No artistry and three weapons, the LG, GL, & SG. Oh, and 2 teleporters. Bots played fine.

I suggest you never install it. 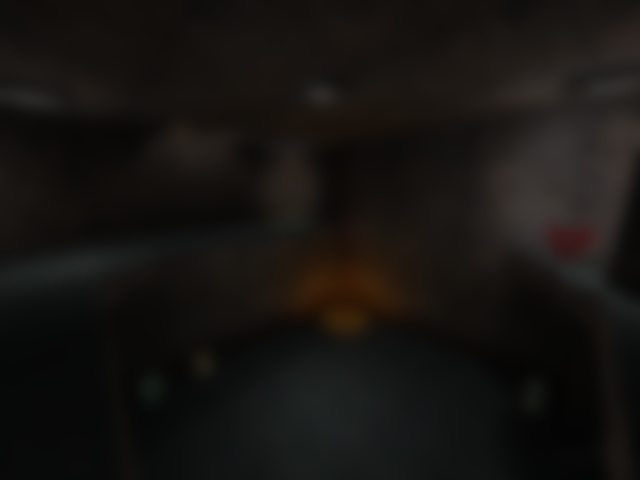