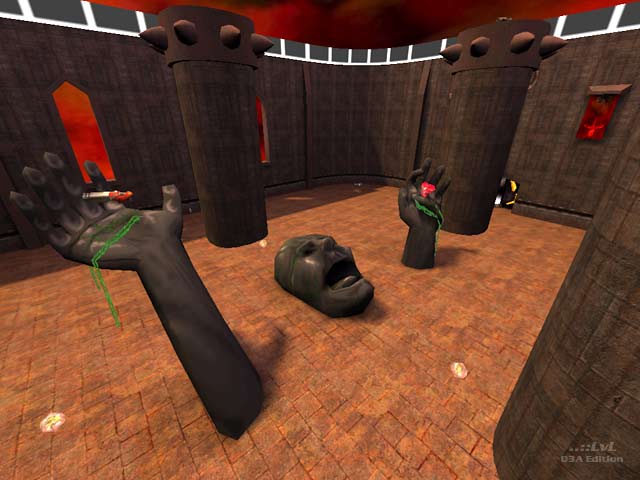 At first glance, this map looks very original! It has a large head and arms statue coming out of the arena floor that adds a great touch. However, the map consists of only one room, so the novelty wears off quick. If you're picky, there's a missing texture near the sky ceiling of the map.

There is a red armor and BFG, both accessible via rocket jumping or jumps from the towers. The bots never seem to go for these and concentrate mostly on ground battles. The BFG is also a little unfair in a small level like this.

Health does not spawn as often as it should. The game play would have lasted a bit longer if the health popped up more often. It also does not help that the columns are a bit too high to fall without damage.

Overall, a simple map that some will keep for several rounds. You will have to use the map console command to start the level as no .arena file is included. 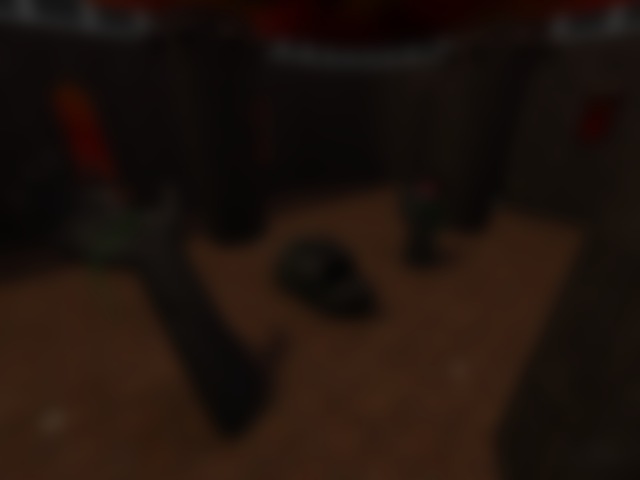