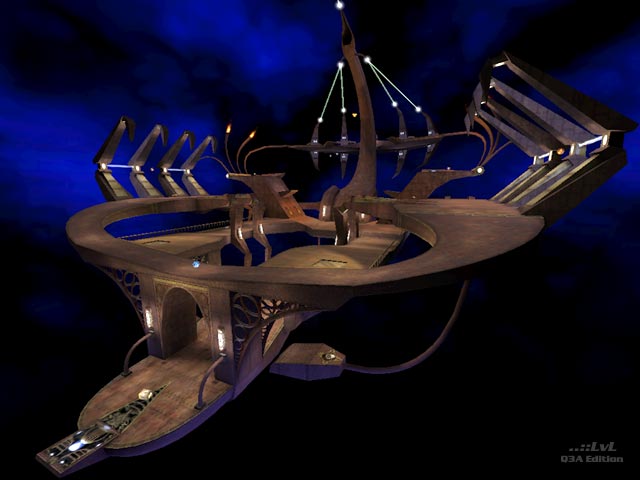 By far the best map in this lot is Scorpion by Cardigan. The map has class and finish that set it apart. Rightly so, the gold medal winner for the comp. A space floater with the quality of a nunuk or quint map and built to look in part like a scorpion (surprise, surprise!), it boasts the "largest curve in any Quake 3 map". This is one fine map.

There are two versions of the map, one for tourney and one for FFA. Custom textures give the map a grunge, rustic look and the custom shaders add to the overall aesthetic. The saw machine on the small platform only adds to the wow-factor. This map took a long time to create and the effort and attention to detail shows.

Playing this map will not disappoint. The different use of the same trap/platform in the two versions of the map is ingenious. A feature is flying out the end of the scorpions' sting at eye-popping speed, going BFG-ballistic, then getting more than a taste of your own medicine. Tops! Apparently there is a graceful figure-eight trick jump unintentionally included too. Bot play approved.

The Killing Floors by Mugford: A map with two large areas. The flow of the game play leaves a lot to be desired. The teleport leads you to the top of one of the main areas which you then fall to the bottom of and make your way back up top again with maybe a random firefight as a casual interruption to the process. On your way you might like to pick up the rocket launcher and Quad from the other main room. Due to the lack of scope for game play this map lacks a bit of panache. Good to size up the competition.

The Fire Temple by arshishb: The thing that stuck out like a sore thumb in this map was the tech-style jump pad texture that seemed to totally clash with every other texture around it. With this distraction aside, the rest of the map was constructed well. Bot play was pretty boring. Bots tended not to use the armor and health generators and only had eyes for the plasma gun. The distance between and segmentation of the different areas of the map meant that a lot of time was spent looking for a fight. 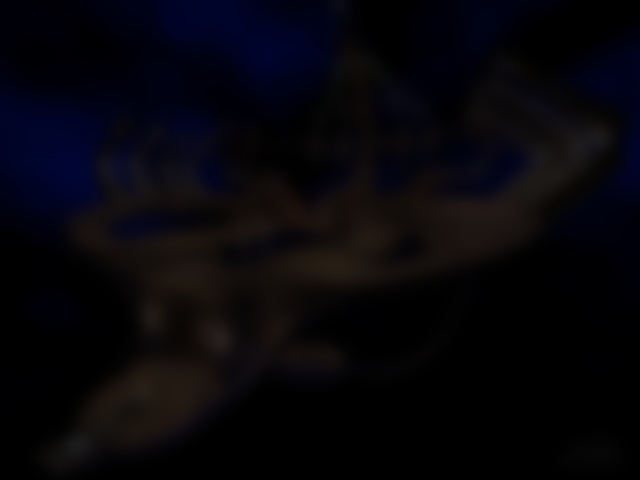