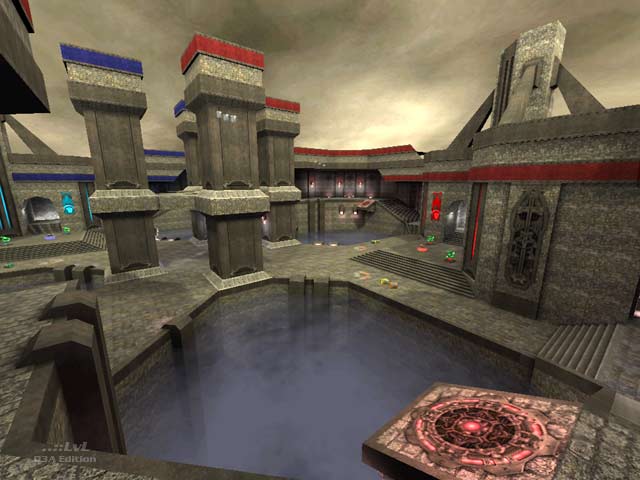 Another great map from uoz. Beginning as a large terrain map like Distant Screams and originally built in a similar style, Lost in time became a very mature two fort Gothic style map. Replacing the terrain is a large area between the forts. It includes a central platform which supports sniping and a kamikaze. Making it across the main area is assisted by the inclusion of two scout powerups per team but you'll be lucky to make it across unscathed.

Due to the simple layout of the map bot play is not a problem. Four-a-side is probably the best way to play this map. Too many more and you start running out of powerups. Although an open main area reduces some maps to a battle of the snipers, uoz has employed some neat tricks to reduce the likelihood of this becoming a problem. For starters, there is only one railgun per team and you risk getting fragged to get it. There are multiple doors out each base and the central platform itself provides a physical obstruction to any would-be snipers, unless you try to snipe from the platform which is near impossible to defend. Very intelligent map design.

Solid game play. A nice addition to the collection. 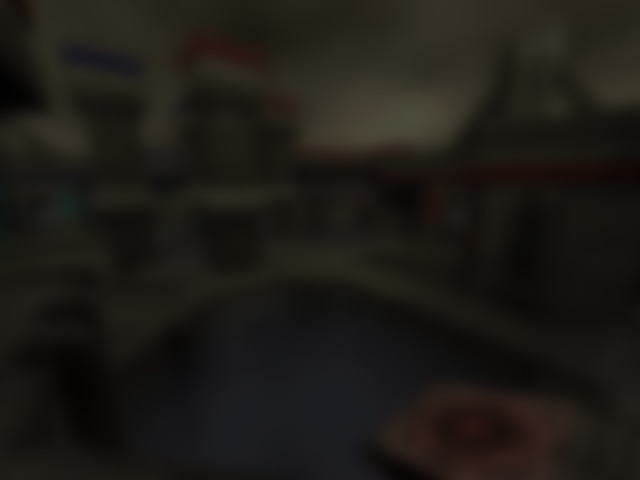