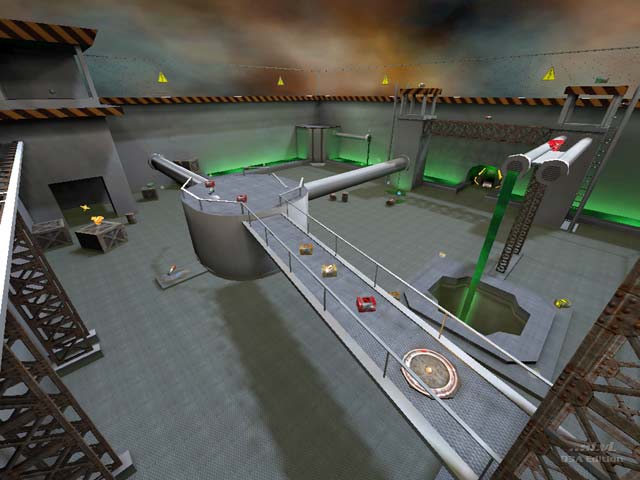 The map is set in a run down chemical plant with slime oozing from various pipes and pools of sludge scattered around the place. Included in the item selection are quad, invisibility and haste with only one yellow armour, a megahealth and red armour for defense. Weapon selection of all weapons bar the railgun and plasma gun gives this map a little flavour but leaves the playing field a little open for the BFG. The map is predominantly one room with quick excursions underground to grab the quad damage but it still holds up surprisingly well. The several towers and raised areas in the main room which keep game play interesting. A couple of gripes though; the BFG placement as it is in a prime camping spot, no Railgun to challenge to BFG and slime which kills you outright rather than damaging you. There is also a sound error message which comes up when you use the lifts but this has no real effect on game play. Botplay is dubious as they miss many of the major items and like falling into the slime. They can give you some problems with the machine gun with the open layout. Some more work on the items this map could have been a lot better but I still had fun for a couple of games.

Probably worth a look for aggressively-minded FFA players. The layout is quite nice and the lack of defensive items and health becomes less of a problem if you're the one with invisibility, quad, haste and a BFG.

Tigs Notes: The instant death slime totally kills this map. No rail gun to combat the BFG is also a huge mapping error. 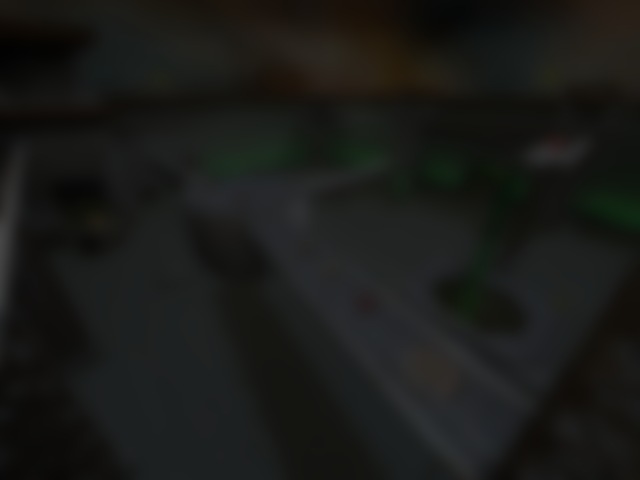