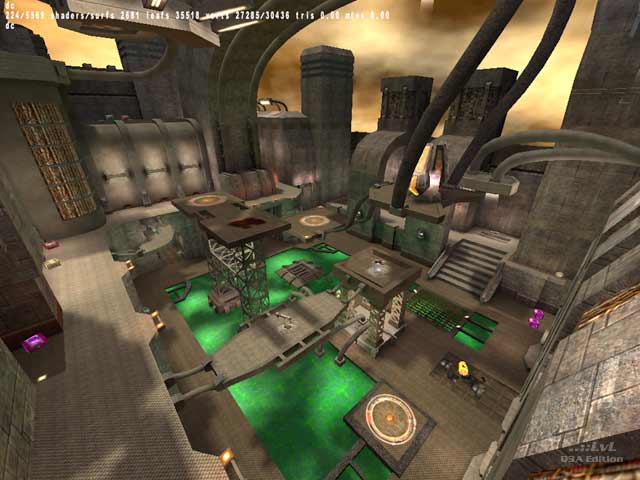 The map features the curious tech/gothic theme. The geometry in the open central area is creative but is pretty much the high point of the map. The texturing is appropriate for the most part but does not blend well. The geometry is not particularly useful for the game play, and since the map mostly revolves around the main room, the map borders on being prohibitively open. The upper regions that are not intended for game play should have been clipped off to save frames and to prevent players from rocket jumping to sniping points. The item placement is okay for FFA but is overloaded with ammo. The bots usually rush to the center of the map, making them less interesting than usual.

It helps to have a beefy machine, but the map is mostly best for looking at, so don't worry about the performance. Players that prefer to duel rather than look around can pass this map up.

This is a highly detailed map with a large open area surrounded by hallways on the sides. The connectivity is good, but the lack of clip brushes around the many details really hurts game flow. Bot play is boring, they get stuck on many of the detail brushes were you can frag them easily. The large open area has a large slime ground (which doesn't hurt) and several platforms above it. There are a number of issues with the bounce pads with pmove_fixed 1 set. You will find yourself hitting your head. The item placement is questionable, since you can get a shotgun, the railgun, and again another shotgun within two strafe-jumps.

Trick-jumpers could have fun for some rounds.

Tigs Notes: The map has a very high r_speeds (about 20,000) because it has only had a fast vis compile. People with low end systems should skip it. 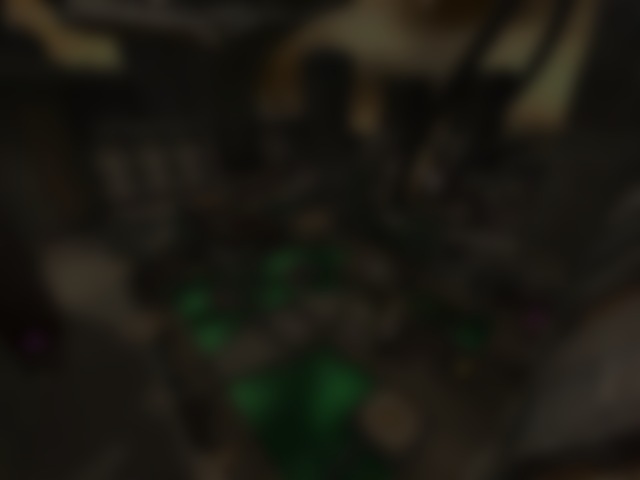