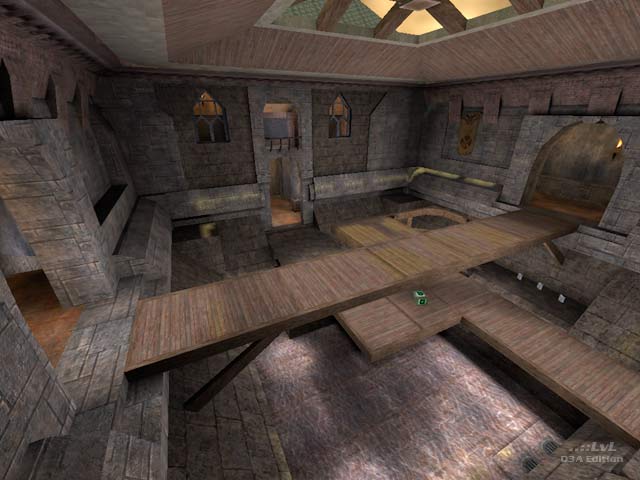 A medium sized Quake3 level with 4 big rooms. acquiescence is using Quake3's gothic textures and the author did an ok job. Lighting seemed flat in a lot of places, especially the outside area. The first 2 rooms connect to together nicely but the other 2 seem have missed out. Game play focuses on the room in the center with all the water. Bots hang out here as well but have a lot of problems getting out of the water. They fall in a lot too. Item placement is decent. The author has made it look like the health balls are bobbing in the water - nice touch. r_speeds were high in some places but otherwise they are fine.

A fairly small map, Gothic-themed. Corridors are too narrow in a lot of places, and there are a lot of jump-pads that feel too high or are poorly directed in the context of the surrounding scenery. Whilst most of the level loops around, there's one particularly frustrating dead end on the way to the Rocket Launcher.

Weapon and item placement is also lacking - there's a distinct dearth of health, but to make up for it there's about three plasma guns. There's one yellow armour, but it's placed by a small pit o' death that's more annoying than anything else - the steps next to the pit make it all too easy to slide in unintentionally.

However, the map is not without its merits. Some of the architecture shows promise for future maps, and the various windows and openings make for a good believable environment. Texturing is adequate, but let down by the lighting - in one area you may as well be playing in fullbright mode.

There's no .arena file, so the map will not show up in the front end. Bots play is distinctly poor - they spend most of the time in the water and do not understand how to use the ladders to get out.

Better than most newbie maps, but nothing you're going to keep for long. 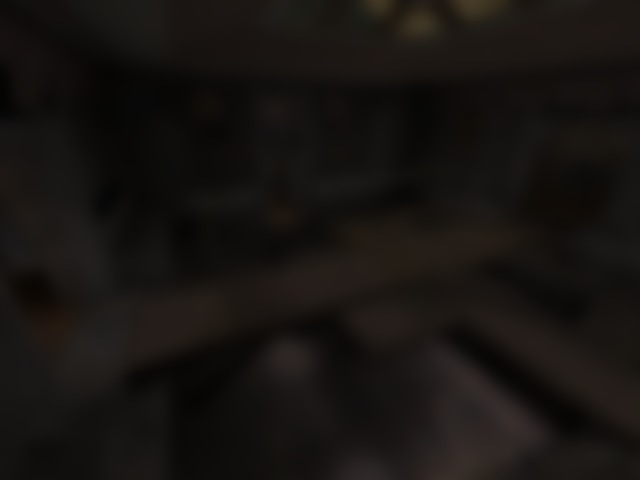