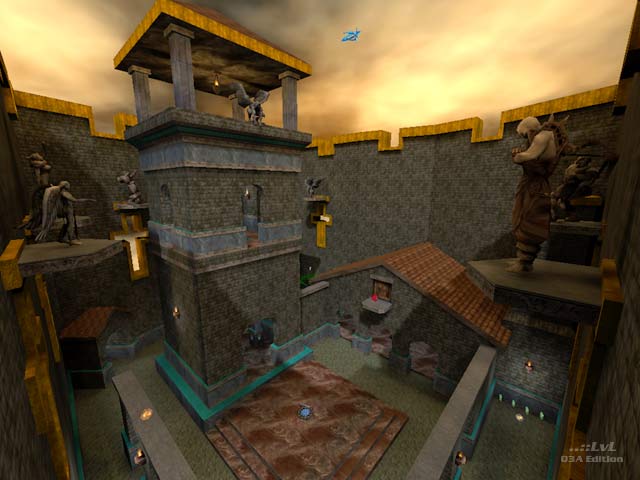 A gothic style with a central tower with a surrounding courtyard. Game play is enjoyable enough with some exciting leaps from the tower, although game play does tend to eventually centre around one corner of the courtyard and the corridors that are near by. Bots play the map well.

Lighting is disappointingly uniform giving no changes in ambience and is positively garish under vertex lighting. This map also seems to be let down by the sheer number of models (gothic statues) that are to be found which seem out-of-place and out-of proportion with their environment. They also do not help the frame rate. The teleports are a disappointment, offering pseudo-random destinations which spoils your deliverance of the final coup de grace on chased opponents.

Not the best level in the world 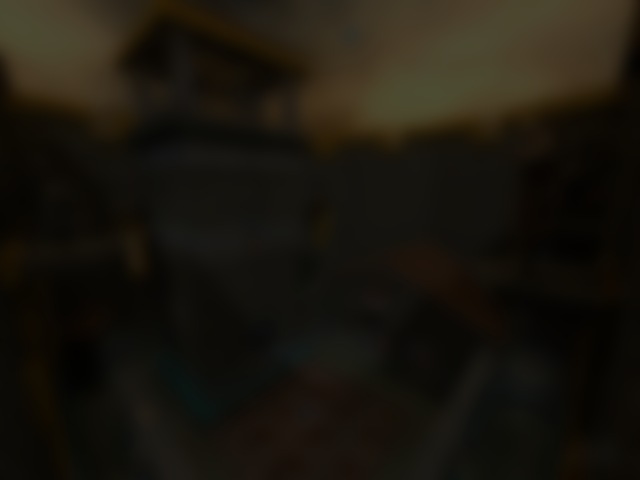