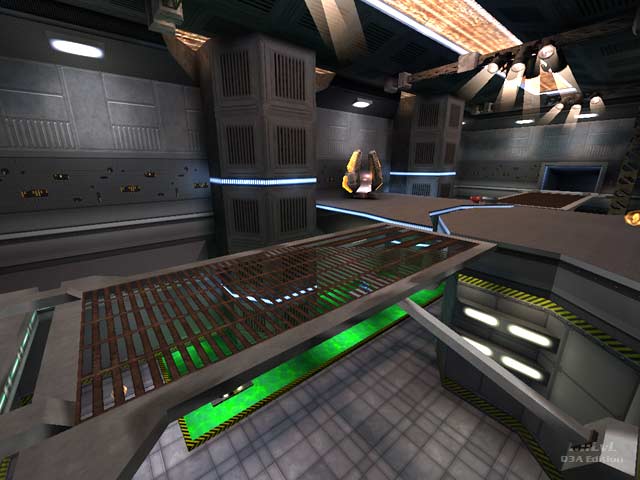 Game play takes place in a high Tech industrial complex with the ubiquitous slime pits all tech levels need. Twisting multilevel hallways and ramps spill out into two larger rooms that provide straight up and, at times, intense combat. A central control room tops all and the level has some neat side tunnels and gotchas that give the level a novel feel.

TA and all other weapon types are included except for the BFG. A quad floats on a small platform in the slime. Weapon placement is ok and forces the player to move around the level. Ammo placement is way to heavy, especially for the nail gun. Moving about the wide hallways is easy, but combat here is downright lethal. The blue hallway gets a bit laggy for three or more players. The control room can only be reached by two well disguised and easy to miss platforms. Grabbing the mine launcher in the control room insures two or three quick kills in the hallways, and can unbalance the game play.

Bot play is somewhat problematic. They like the hallways and central room with the quad a lot. They only move about the map to pile up here. Level plays much better with humans. 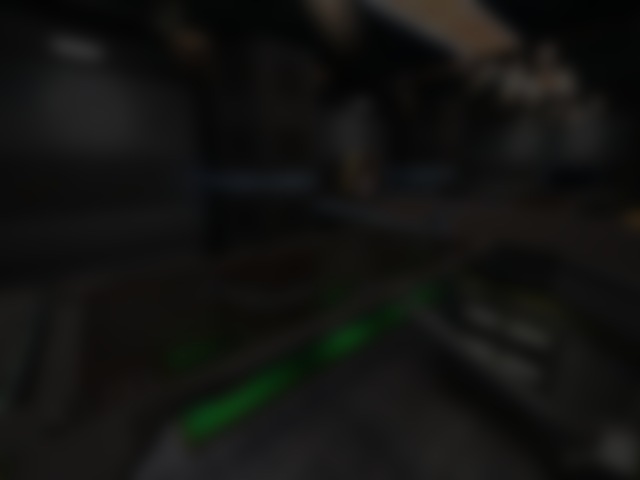