Inspiration: My inspiration for this map was several of the Rocket Arena maps
from that mod.

THIS ISN'T A ROCKET ARENA MAP!

It is designed for Vanilla Quake 3 and not the mod.

Description and Tips: - the map is set in some sort of futuristic abandoned research facility type dealy.

- there are some old but new concepts with the teleporters taking
you through a chute system. The haste powerup spawns in one of them.

I've tweaked the map with some custom sounds and textures and
I hope you like them.

Skills 0,1,2,3: no
Tourney Play: no, too big
Death Match: medium DM (4-8 players)
CTF: no
Bot File (aas): yes
Other: map file for Q3Radiant Build 199
New sounds: yes....several from the Elite Force Voyager game, sound clips from StarWars
and some sounds from "The Sound Factory" and SoundCentral.com.
I used several sounds from the Sound Factory's industrial package as well as their
wind sound from the storm package.
New graphics: yes...several textures stolen from the Star Trek Elite Force video game based
on the Quake III engine.
New music: no, I never listen to music while playing...it distracts me from killin

How to play: - place the badmojo.pk3 in your /baseq3/ folder
- start quake3arena
- select the map under the Skirmish menu in the single
player mode

After BadMojo, the next map I'm working on is called "Jungle Fever"
It'll be an outdoors type map in a forest setting. Something like
"The treehouse system of the Ewoks meets Quake 3" type dealy. It'll be fun trying to pull that
one off! It'll be in beta maybe by Christmas 2000.

The map after that is "Battle of Theed". It'll be a largish/clan war map.
It's based on the Star Wars Episode One movie. It should be in beta by February 2001, although
I actually started it before "MonkeyMadness" and "Bad Mojo" and "Jungle Fever".
I just happened to finish the Monkey first, then BadMojo...then Jungle Fever.......cause Theed
will prove to be a bitch to pull off.

Working with Radiant is both fun in its simplicity and frustrating with it's
little quirks! Can you say rebuild?

I am a 3D artist/compositor/editor with experience with Alias|Wavefront PowerAnimator
and Maya, Softimage, 3DStudio Max, Lightwave, Media 100 and After Effects...as well as
several other graphics packages.

Building 3D maps and running thru them is lotsa fun cause I'm not constrained to the
one rendered view/camera angle and I am free to fully explore my little virtual worlds
from any angle in real time! Coolio!

FEEDBACK: I'd like to hear what you think on layout, textures and FUN FACTOR.

If you can give me any info regarding ways I can increase FPS and lower r_speeds,
it would be greatly appreciated.

Please feel free to send your comments or suggestions to:

I've included the badmojo Q3Radiant map file for your perusing if you wish
to see how I built the level, set up the trigger system or clipped shit off. It's
for Build 199. Go ahead and tear it apart if you wish. I'd like some feedback on
sloppiness of my mapping skills with regards to nodes, blocks and stuff like that.

ID SOFTWARE for making a kick-ass game as well as a kick ass engine and providing FREE
tools to develop levels! Q3Radiant is a seriously fun 3D program to create with.

-nakedape for the brain fart about the teleporter chutes.

His map AngryHatred as well as several other of his Radiant shinanigans can be downloaded at:
dahood.org/nakedape
He also has a Rocket Arena pack coming out called SourBitterness. It rocks!

-VEXAR. The teleporter chute's functionality was inspired by the multiple teleporter/portal camera
chute in his map, Gateway. I tried to make them as different from his as I could so that
instead of a complete rip off, it's a variation on a theme.
The Gateway map can be downloaded at www.planetquake.com/lvl/comments.asp
Check it out!

-Sock for giving me lots of help in the beta stage, as well as letting me use one of his
several wicked skyboxes.
I highly recommend you download his skybox set. They're AWESOME! And it sure beats those
(mostly) ugly default skies that come with the game.
It can sure turn an otherwise "OK" looking map into an visual feast!They can be grabbed at his
homepage: www.planetquake.com/simland/
Check em out! Grab his maps as well, they rock!
His latest map, SiMetrik, can also be downloaded at:
www.planetquake.com/lvl/comments.asp

- pjw for the brain fart about the launchers in the lower hallways as well giving some
excellent feedback during the beta stage.
His homepage is: xtgl.com/pjw/
Check out his latest, Hot and Moist at: www.planetquake.com/lvl/comments.asp

- shadowzombie for reminding me about bot play, giving me good feedback...and for letting me know of some bugs. He also eats my rail online....ya low ping bitch! :)
Check out his latest at: www.planetquake.com/lvl/comments.asp

- BFG20K for remembering me and giving me feedback. Check out his latest map at:
www.planetquake.com/lvl/comments.asp

- Tigger-On for coming thru for me in a crunch with some great advise! Kudos man!

- Star Trek Elite Force video game. I stole a shitload of textures because I thought
they were cool. I tweaked most of them to give my own twist. Cool game! Those boys and
girls at Raven sure know the Quake III engine. Much respect!

- Tigger-oN and Mandog for setting standard to be followed and for maintaining ..::LVL. They've
also graciously provided the template for this coolio text file. Otherwise I'd have no idea what
to put in.

- Quake3World, Q-Workshop at stomped.com and ..::LVL for their fine forum sections.

- Any other mappers who gave some input on how to be a better mapper as well as those generous
enough to create tutorials for me to follow to learn the shit.

- All people who maintain sites with level editing tutorials.

- All those who helped me get a grasp of hint brushes and they're use!

They really have their hands full testing and reviewing all those maps!
However, I'm sure most of it is not really what I would call "tedious
work". More like fun in name of progress! I'd give my left nut to do
what they do.

This level may be electronically distributed only at
NO CHARGE to recipient in its current state, MUST
include this .txt file, and may NOT be modified IN
ANY WAY. UNDER NO CIRCUMSTANCES IS THIS LEVEL TO BE
DISTRIBUTED ON CD-ROM WITHOUT PRIOR WRITTEN PERMISSION.
Blah, blah, blah......

(I'll let you anyway but contact me first so I know. Thanx) 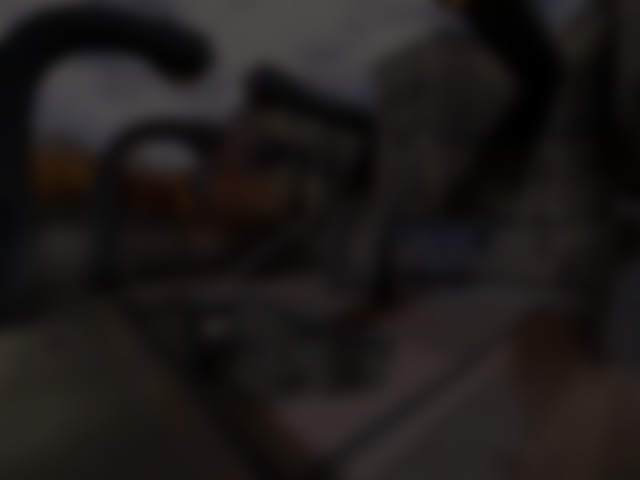