Textures by Fingers
Built by Hand
150501

Please note: DuNGeoN HuNTeRS should be played with the Alternate Fire v2.0 mod otherwise a couple of features won't operate correctly. The level is playable without the mod.

To play, place bh.pk3 and z-alternatefire-03g.pk3 in the baseq3 folder. All maps will now run with the Alternate Fire mod ON until you remove its pk3 from the folder.

+ Every weapon has a unique secondary attack.

+ Quad Damage, Regeneration, Haste, and Invisibility are replaced every other respawn with alternate powerups.

+ Every ammo box, if damaged enough, will explode.

+ A few other changes have been made to smooth out gameplay and make things more interesting in general.

+ Bots know how to use most of the new features.

Liquid Metal Protection (gauntlet): When you are firing, you are impervious to splash damage, falling damage, and 1/2 of all other damage.

Flares (machinegun): They have a somewhat slow trajectory, attract homing missiles, and set off proximity grenades.

One-shell Shotgun (shotgun): One shell. That's all. You fire more quickly, and it has a smaller spread. It's better than the primary attack in many instances.

Sticky Proximity Grenades (grenade launcher): They stick to walls, ceilings, and floors, and blow up whenever an enemy gets too close.

Homing Missiles (rocket launcher): Keep your opponent busy with these while you either run the map or attack him with something else.

Lightning Web (lightning gun): These can fill up a hallway and make it nearly impassable for 20 seconds, or until the creator dies.

Radius Rail (rail gun): Would you like to rail someone without actually hitting him? Are you an HPB? This attack is your favorite.

Orbiting Plasma (plasma gun): Launch a few of these if you want to keep your enemies outside your comfort zone.

BFG Overload (BFG): Are things getting too crowded? Have you got a BFG with ammo in it? Do you like to see people run for their freaking lives? Drop a BFG bomb and watch the fun!

These powerups will take turns respawning with the normal powerups.

Accuracy: You get a bigger, meaner crosshair. You WILL nail anything inside of it when you pull the trigger.

Speed: An even hastier gift from the Vadrigar, these boots will double your speed! Near the end of the powerup, however, they weigh you down like lead.

Hologram: Is that a player, or a hologram? If it's a hologram, you had better find the player in stasis and take him out before his hologram stomps you!

Vampiric Health: Both the mega health and the small health spheres alternate with two sizes of vampiric health. 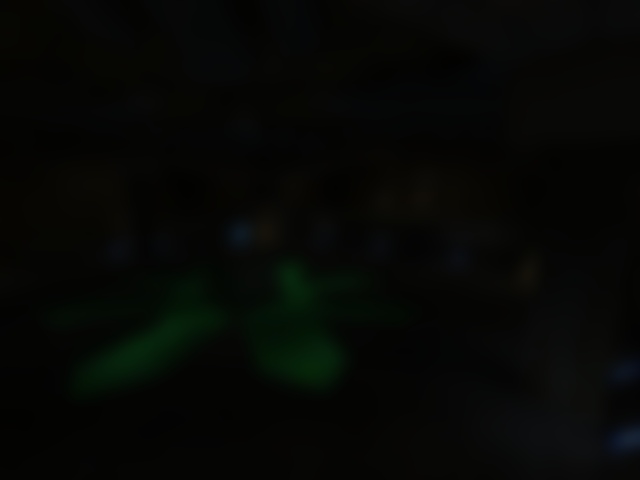