to use this file:

-unzip the perterbia.pk3 to your quake 3 arena baseq3 dir

-drop down your console and type /map perterbia

Note: well I did'nt spell check.. there they are. you might want to play now.

well... even though I have exercised some intellicual properties for this release.. many people and programs generate maps theses days so i think it will become common to see a themed or structured map with simularties.

Anyone one or comminutues I've ever spent time with online/played Quake III Arena with.
I have been Happy to share my entertainment time with you.
"With the exception of the occasional F-bomb I release when i feel deceived". no regreats there. lol

Special thanks to The Gtk+ project and specially Lillqvist, maintainer of the win32 port of Gtk+.

the many to an from

id software "iddev site"
id I enjoy your many titles you send out editors and promote a wide spread flavor of players, artist and devolopers. you seldome leave any being out and from what i've seen if you had.. you made a solid point to fix it or allow..

"elusive" one of the finest mappers and scriptcalls ive experianced

QuakeUNITY.com "one of the finest quake sites on the web"

Programs I used for the process of this creation

Loki Games
Leonardo Zide wrote the initial port to Gtk+,
which is based on the win32 version of Q3Radiant by Id Software.

QERadiant.com
QERadiant.com is the main entity behind the editor. The team has been handling editor developement,
website work and documentation for several years now.
Many people on the team have been involved in several areas,
plugin developpement, contributing patches, doing documentation

My family for putting up with late night/early AM Keyboard taps and support . Passing down PC hardware/software as well

If your experiance with the lighting of the map is too dark, you Could change the gamma to a higher value.
Note: that the gamma console command only affects vanilla quake III Arena if the game is in full screen.
(the game fills all of the screen, no window border)
"Alt+Enter" is default to switch to and from full screen, you may use the gamma correction under
setup/system/display

if that fails attempt Vertex and or lightmap settings seta r_vertexLight "1" if you need referance
try searching the web via your perferd search engin for Quake 3 arena vertex or lightmap cmds.

Note: if you elect to use r_vertexlight "1", this causes shaded textures to become dull/washed out.
Example: concrete floors and walls were effected most in my experiance.

seems to be a YZ dimention issue, If, and that is a If i attempt to fix this area of concern I'll be making the Base Pools larger and creating another cellar,or 2nd floor in base.

This level may be electronically distributed only at
NO CHARGE to the recipient in its current state.MUST
include this readme.txt file, and may NOT be modified IN
ANY WAY.UNDER NO CIRCUMSTANCES IS THIS LEVEL TO BE
DISTRIBUTED with intent to profeit, sell or rent, ON CD-ROM or any digital media WITHOUT PRIOR PERMISSION by the creator. 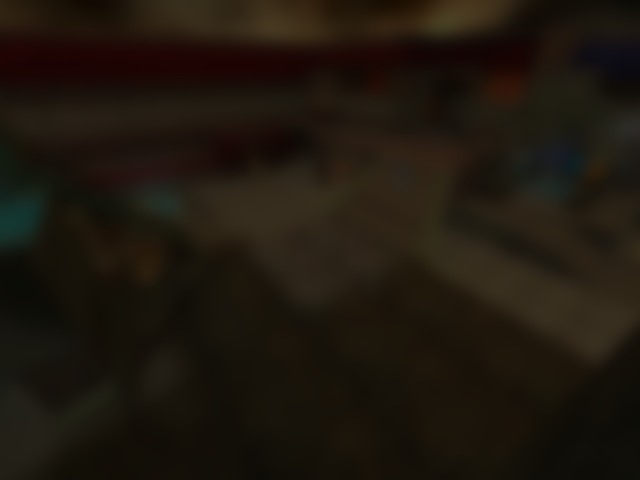