Thx to : rush ,bozz and my brother

This is one of my newer maps, i started this, cause i needed desperatly some inspirations and in my case i get often inspired during actual work. So i just wanted to make a snapshot, the layout just based upon a box (what you can maybe guess from the title) and i also
used a textureset i´ve done for the Noghost Mapping Competition#1 map, cause iwas familiar with it and expected that it would fit.
After i realized that its just a compilation of rooms with grey concretewalls with some senseless colored stripes in between, i remembered the great and beloved half-life deathmatch-maps, on which i spend an insane amount of time and thought, well i could aplly it to my box, and tadaaaaaaaaaaa ( due copryright issues i want to obtain),
Blackdelta was "founded". so i just made some simple textures with concrete background and... colored stripes!! some "medicstations" and new monitors and some decals trying to help imagine its a labortory complex! B>>

While i like the visual aspect and the layout. The gameplay is kind of strange, i think real competition on this map is quite hard, it seems to be a blend of q3dm6, q3tourney4, and ztn3tourney1. While the megahealth is in the lower stage you can get directly to railgun,
and instead of lightningun there is also a rocketlauncher quite near to it and also some shards aswell as 2 jumppads leading to the second floor. The red armor lies on top on a platform, which leads directly into the only attrium, from where you can look almost into the whole map. In this atrium you will find also the lightning gun,
atleast to counter somehow attacks by railgun and rocketlauncher. Which make the map very small, caused by the open layout. With these two weapons your able to cut off routes to most of the items for your opponent. Right now i am troubling with the itemlayout. so i upload some demos, where you can see different itemlocations,
but you can see there very good, how easy it is to take control, on the other hand shows how many you have to deal with getting damage to get back control, equal how the weaponlayout is, i could only force a hide an seek match, even if the map is very open, but at that point fights wouldnt get intense, they will get annoying as hell, so its not an option.
In conclusion to that all, strong aimers will have just an incredible advantage. 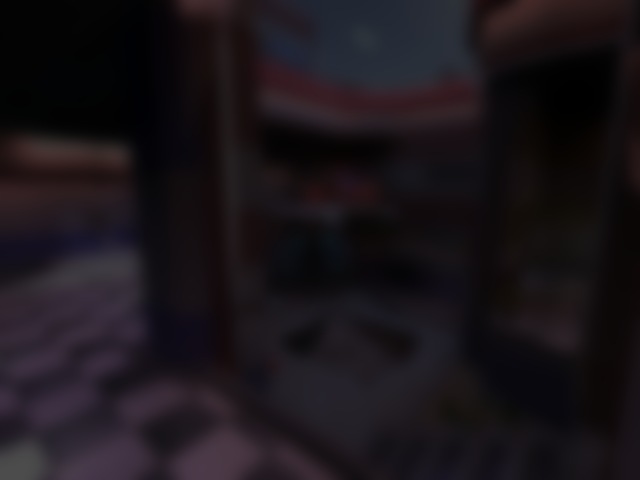