base: inspired by my first Q3A map
mrh_dm1, this is like a very
advanced version, and much
newer.
editor: gtkRadiant 1.4
other progs: Photoshop 8, notepad
know bugs: none known
build time: aprox. mars 13 - may 5

Thanks to every one on Q3W forums, map-center and
levelsource for testing this map one, two and the
third beta. I got some great feedback from you guys.

If you are going to display and distribute models or skins based on repositioning
or recoloring existing id models and or skins, please note and include the proper
id copyright information on the accompanying readme documentation.
You should also attribute both the model and the skin to Kenneth Scott,
the id artist who created the original for Quake 3 Arena.

In the year 1804, the statues Vehementi and Adamantius were presented in tribute to the valiance of a warrior-statesman upon the consecration of his imperial ascent. As a gift to Napoleon Bonaparte, these statues stood outside the palace of Versailles for one night before their banishment to the bottom of the Mediterranean. This is the tale of the statues that wear within their robes the heart of conflict; the seed of dissonance, wrought by hands of good intention to ill effect:

Shortly before Napoleon's consecration as Emperor, the call went out throughout his empire to deliver to him a tribute to his glory as a warrior king in the form of artistic expression. Napoleon being a lover of art, and a legendary narcissist always looked forward to seeing the next rendering of his stature, especially now since he occupied the new Imperial throne of France. This idea pleased him greatly, and a competition was announced where all artists seeking to adorn his palace with their tributes would bring their works to him on his birthday in 1804. To the winner, the title of Imperial artist would be given, and he would be granted power to form institutions of secular art education. This opportunity would draw out the very best of artists to pay tribute to him, and in doing so, find the greatest of these to place at the center of his plans for artistic education in France. Always seeking to continuously popularize himself with the people of France, he believed this to be yet another winning notch on the scoreboard for his ambitions.

One prospective contestant, Jules Renault, began work immediately on a pair of bronze statues that he envisioned as depicting Napoleon in the two states of war, one of as the aggressor, the other as the protector. His passion and desire to earn the position of Imperial artist and to bask in the glow of the Emperor's favor was such that he began spending many sleepless nights drafting designs for the statues. In his fervor, he began to despair at his work, believing it to be inadequate and set about working on many revisions without care for sleep or food. Forever unsatisfied with his work, and the date of Napoleon's birthday looming ever nearer, Jules Renault decided it was time to turn to greater powers than his own to aid him in the creation of his magnum opus.

He turned to a friend of his who was conducting the scholarly study of the Rosetta stone as recovered on Napoleon's Egyptian campaign, and began searching his books for a hint of the arcane magics apparently in abundance throughout the ancient tombs of that antique land. As fortune (or misfortune) would have it, this scholar had finally received into his possession a book he and his colleagues had translated from the walls and tablets found in the tomb of a feared Egyptian military commander. This book had just been returned to him from the Vatican after a lengthy period of research. With it was a letter declaring it to be an unholy blasphemy that while valuable for historical research was a heretical book of foul magic that was to be burned or locked away out of the reaches of the enemies of God. This news intrigued Jules greatly, and fueled by his desire to create a supernatural wonder for Napoleon to behold, he promptly stole the book during a moonless night in September, and began again construction of his statues.

The Grimoire Confligere, or the Dark Book of Conflict, was the transcription of all writings adorning the tomb of Ha'sepsut, the great commander of Pharoah Ak'natan's army. The majority of the book described methods of combat and organizations of rank and file soldiers in the army, but a small proportion of it described powerful incantations of the war god Montu. It was likely that these spells as transcribed in the Grimoire were taken from the sacred objects and wall releifs of Ha'sepsut's inner sanctum. After gathering the materials necessary, he believed he had found the edge he was looking for. Unfortunately for Jules, he was unprepared for what price the use of such power would exact.

He worked for many long months in the thick heat and darkness of his workshop, casting and firing the tainted bronze of the statues as tribute to an ideal he no longer knew clearly. The magics of the book soon tainted his vision, and clouded his mind with dark machinations wholly not part of his being. With the blood of many rams and the dark rituals practiced in many segments over the time of their construction, these statues were imbued with the spirit of their intent: Attack and Defense. Jules quickly abandoned Napoleon as his subject and the statues began to take on the shape of incorporeal wraiths shrouded by tattered robes. The magic of the Grimoire consumed him, drove him forward beyond his physical limit, and when the final chisel blow had been laid on the marble base of the second statue, he collapsed and fell into a nightmare wracked sleep that lasted three days. When he awoke, he titled the attacking figure Vehementi, and the defensive figure Adamantius: names that spoke of their purpose.

At Napoleon's birthday celebration on the grounds of the palace of Versailles, he received all of the entrants to his competition and displayed their works of art throughout the vast grounds of the palace. On one side of the grounds stood Adamantius, and at the other stood Vehementi, separated by mistake, but still unmistakably part of the same dire set. Napoleon being a great appreciator of art knew that while these tattered and haunting images that stood before him were no tribute to him directly, they were instead meant to portray the forces of war and conflict. The statues emanated the spirit of their intent with such force and such an uncanny depth of feeling that it caused Napoleon to shudder despite himself. At the end of the day, he declared that he loved all of the tributes made to him, and that they would all adorn the his castle, but it would be Jules Renault who would be the Imperial artist of France, a man who could capture the very essence of war in a pair of static figures. Truly these statues were the work of a genius... or a madman. Jules was invited to spend the night at Versailles, and was promised the proclamation of his new posting the next day.

Napoleon had the two mighty figures placed near the gates, facing each other as they were meant to, and retired to his room after admiring the statues once more. As they were put into position, a great tone of discord fell over the palace and a palpable feeling of heaviness and dread hung over Paris like stifling humidity. That night, the people of Paris were kept awake by the fantastic terrors that haunted their dreams, visions of war and death magnified beyond the range of the human experience prevailed in their minds. Great thunderclouds gathered over Paris, pealing earth-shaking cacophonies through the bones of the French capital. Some were driven to madness by the tortured screams of the collective populace, while others unexplainably ran through the streets openly slaying any who they came upon. Napoleon himself was driven to the very brink of madness through terror of this supernatural occurrence. After gathering his wits, he sought out his guard to hear the horrific events made manifest across Paris. Napoleon immediately and unerringly sensing the source of the trouble ordered that the statues were to be taken away immediately and thrown to the bottom of the Mediterranean where they might sink back to hell.

When the statues were separated again, the air of Paris released its stifling grip on the hearts of its inhabitants, but did little to ease the suffering of the people quailing and trembling under their bedclothes in the darkness. As dawn approached, Napoleon ordered the immediate execution of Jules Renault on counts of treason, public disturbance, and witchcraft. He was killed by the guillotine just outside the gates of the palace were the huddled masses came to seek salvation from their terror. It would be many weeks before Napoleon reconsidered an appointment for Imperial Artist.

Thus ended the night of the great dissonance.

Vehementi: Vehementi stands in an accusatory position, his finger pointed menacingly outward. His other hand clasps his robe tightly together lest he be unraveled in his assault. The name Vehementi derives from the root word Vehement, intensity of emotion. In this case he is meant to personify intense rage.

Adamantius: Adamantius stands with his hand outstretched as if signaling the halt of oncoming forces. His other hand sits tightened into a fist at his side ready to deliver a blow if the enemy attempts to assail him. The name Adamantius is rooted in the word Adamant, an unyielding hardness. This is representative of his nature as a guardian or protector.

The Grimoire Confligere: The Dark Book of conflict is a translated transcription of the writings in the tomb of Ha'sepsut, a fearsome general of the ancient Egyptian army. Contained within were the rites of Montu, the Egyptian god of war, which Jules sought to use to benefit his designs. Being completely unaware of the mechanics of such power, he was unprepared for the price it would exact and how much it would affect the works that he produced. 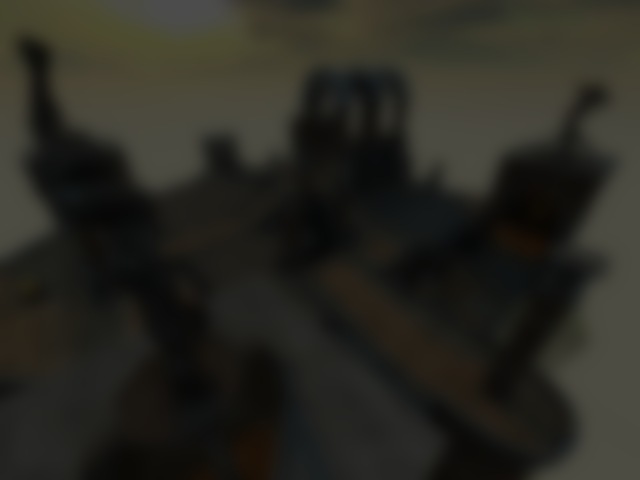