Planet: Ares, somewhere in the northern wastes...
Here stands the last temple to the Cult Of Wedu, once the most accomplished and revered order of warrior monks. For centuries the cadences and practices of Wedu bound together the shared experience of fighters from far across the Known Worlds. Their principle tenet elevated the fundamental kinship of warriors from all worlds, all battlefields and all times above any other concern. As war spread its somber shadows from one planet to the next, ripping the hearts from many civilisations and bringing destruction and loss to every population, the warriors of Wedu took strength from the commonality of their purpose. While humanity might struggle in vain to overcome the darkest aspects of its nature, the fearless resolve to survive would always find greatest expression in the quest for that ultimate aspiration of any warrior - victory.
It was said, long ago when there were those to remember such things, that the unsurpassably skilled gladiator and arena lord, Xaero, was himself a follower of Wedu. Indeed, he may be the very last of their kind for he wears the orange colors adopted by those forgotten fighters when circumstances dictated an abstinance from any uniform. So too does he speak in the manner of one whose understanding has been shaped by the philosophy of Wedu. But the alinguistic emblems employed by the Wedu to display their status to only others like themselves are absent from his garb; perhaps that is his own acknowledgement of the solitude of his status. And yet perhaps not.
Nevertheless, the Cult of Wedu has passed forever into history. How this came to be is still debated by scholars of the Known Worlds. As the stars passed into a stellar alignment commonly called the Eyes Of Angels, new stargate tracts opened across a multitude of planets, increasing the traffic of human culture a thousand fold. Around that time, the Azuryan people struck out from their homeworld of Isis and began to forge what would become their vast and powerful empire known as the Sothic Unity. And many of the greatest warriror clans whose numbers comprised the Cult Of Wedu vanished in sudden and sinister ways.
As the temples of the once proud cult were conquered or left to crumble, only the most remote retained their solemnity and purpose. The structure hidden amongst the peaks of Ares had played host to lessons in the rawest emotion of combat; the fuel, the power and the danger of a warrior's anger. Once its location was forgotten to all humanity, the Vadrigar drifted down from their astral realm and claimed it as their own.
Now counted amongst the innumerable destinations of the Arena Eternal, its halls and chambers once more echo with the sound of combat. And the ancient bell that had ages before marked the progress of the warriors of Wedu still chimes out from deep within its stony soul.

My first map for Quake 3. Woot, yay etc...
The layout is based on my Quake 1 DM map kdmb - 'Azuramania'. When playing that map I realised a major camping location was on the Quad spawn in front of the teleporter, so I revised the layout by adding an additional corridor from the RL room down to the powerup room and moving the teleporter to the middle.
With the exception of the hellfog, all textures are new and most were made specifically for this map.

While completing my last Quake 1 project, Contract Revoked, I began some periphal Quake 3 material including custom bot files. Krusade was designed to be a challenging but more interesting alternative to Xaero for my tourney matches, especially q3dm17. When I began playtesting The Color Of Anger he fitted the arena rather well.

Installation
Place map-kellanger.pk3 and bot-krusade.pk3 in your baseq3 folder.
Gameplay
Gametypes Supported: Tourney, Free For All
Player Load: 2 ( 3 can be entertaining, but not very tactical )
Recommended Bot Characters: Krusade, Sorlag, Xaero, Klesk
Deathmatch Start Positions: 8
Construction And Spurious Technical Information
Base: New map from scratch
New Textures: Yes, the first part of my Kothic wad.
New Sounds: Yes, the gothic sound pak from Death2Uall
Editors Used: GtkRadiant 1.2.9, Paint Shop Pro v5, Metapad 3.5
Distribution And Legal Tincture
Permission is granted to use the textures in your own maps; all I ask is that I recieve a credit when your map is released. Please note that if you intend to use any of the textures, rename the kellanger.shader to yourmapname.shader for distribution with your map. Thanks.
You may distribute this pk3 file on any format, to anyone else.
There are just two stipulations -
1. All content must remain unaltered.
2. This html file must be included, also unaltered.
Thanks To
id software for Quake III Arena
TTimo and the qeradiant crew for GtkRadiant
Lanzelot for Q3me
Death2Uall for the gothic sound pak
QkennyQ for the remake of the id horned mapobject
Quake 3 World Level Editing Forum members for links, feedback, inspiration, technical support and generally out-cooling everyone else
Cardigan for his mapping tutorials, especially concerning the Two Short Planks approach to Q3A bots
Tigger_On and Mandog for ..::LvL
Dedicated to Howard Philips Lovecraft ( Dead But Dreaming ) 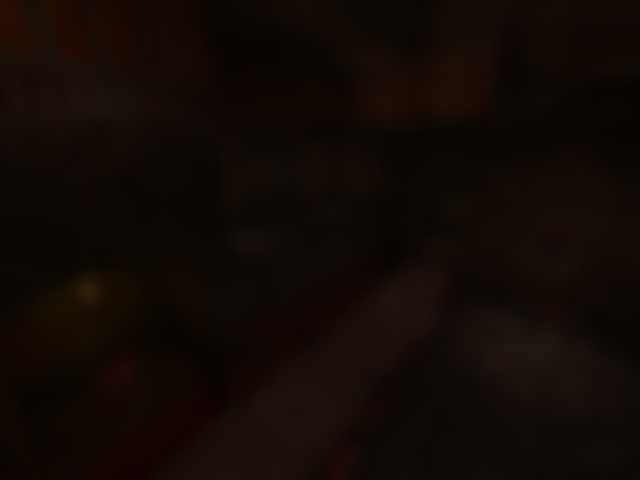