Unzip .pk3 to Quake III Arena/baseq3 folder. The map should then show up
under the CTF menu in Q3A.

The map is made in an urban inner-city style; if you've used, or have
seen, ydnar's urban textures, you'll have a pretty good idea of how
/Courtyard Reloaded/ looks. Ambient lighting (from the sky) is fairly
low, and what bright light there is is provided by several id shaders
for a dramatic (and slightly sickly) look; if you like your maps
virtually fullbright then you may not enjoy this as it has quite low
light levels in places. I have gone for atmosphere, and make no
apologies for it. Modifications to the Threewave original include (apart
from a totally different texture set): the division of the central area
into three levels instead of two; teamed regen + quad in the powerup
rooms instead of regen + haste (I always felt the map was too small for
haste); a centrally-placed rocket launcher; the red armour room has been
removed (it was too easy to grab the RA then teleport straight to the
MH) and the armour has been moved to the small LG room, which now has a
shallow paddling pool as a reference to the pool in the original RA
room; the ledges in the base courtyards are now reached by long sloping
walkways instead of bouncepads (no more camping up there!); the pillar
halls are now subterranean and gloomy; additional GL and LG have been
placed in the bottom central area, along with the RG, and the SG has
been removed from there; the playing area is generally more spacious
than in the original; each base now has a (very) small park area with an
oak, some ivy and mushrooms (camping in the oak is possible!); there is
no longer a camping place above each flag base; the GL ammo in the small
passages behind the flag has been replaced with RG ammo. Other than the
changes mentioned here, the item layout is the same as in the original.

r_speeds are low on the whole, maxing out at about 12,000 in the centre;
mostly they are around the 8,000 mark, if memory serves. A subtle
spectral effect on the window shaders may bring the FPS rate down a
little also, but there are almost no curves, and no glass or fog. On my
machine (900Mhz Celeron, 128Mb RAM, GeForce2) FPS rates are around
30-40, dropping slightly during intense rocket duels.

The map took about two weeks to build. Bot play is surprisingly good
(one of the reasons I liked the original), mostly because all the routes
between the flags are roughly the same distance and the respawn points
are widely distributed.

* authors may NOT change this level or use it as a base for their
own levels
* this map may be distributed in any manner you like, provided you
include this .html file UNMODIFIED and distribute it for free
* CD-ROM or other for-profit distribution requires my written
permission (contact: scpunditry -AT- yahoo.co.uk)
* all custom textures and models in this map are the property of
their respective owners/authors. 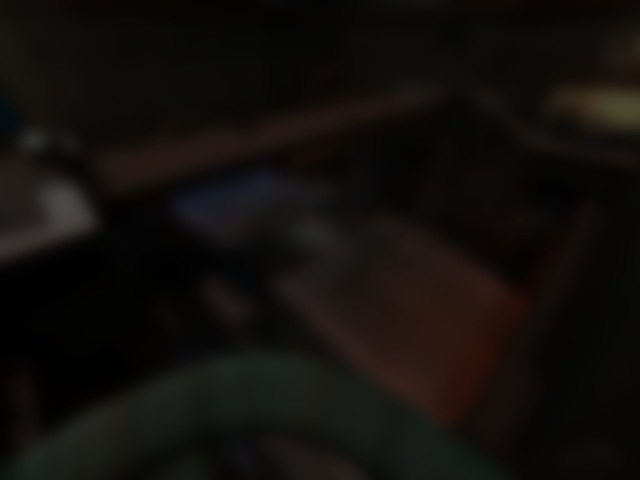