Designed for CCTF, but also supports all standard gametypes, CTFS, Oneflag and all the extended Team Arena gametypes as well. However, due to having it's roots in grapple gameplay, some areas are particularly unfriendly to anyone not carrying a rocket launcher.

- 'Open the f00king door!' Q2CTF05b teamplay. Each of the buttons in midfield briefly open the door into/out of the base at the other end of the map, providing fast, safe routes for fc's if team play is applied.

- Weapon/Ammo distrubtion to promote less standy-railey gheyness in mid. Quad is also in a particularly awkward place to 'rush in and grab' sucessfully, rewarding proper co-ordination and area control.

- Use of transparences to avoid 'where the f00k is the enemy fc?' situation, without sticking everyone in a box room to do it. FC survival will now depend much more on how well his/her team mates co-ordinate to protect him. On the flip-side, attackers will be more sucessful if they work together to cut off escape routes, as the FC is likely to know they're coming.

Please note: you will require the Threewave map paks to play this map, (found at www.threewave.com) or you will find your client is missing various textures.

There are four assets included in this pk3 other than those directly generated by Radiant: one copyright id software, midfield-grate.tga, which is a rename of ther proto-grate4.tga which I needed to do to create a new solid .shader for the midfield water ways. If anyone knows how to do that without redistrubuting the original texture plz tell me. The other three are sl_grass.tga, of which I have no idea who the author is, but if anyone wants to point him my way if he's unhappy with the redistrubtion then I'll by all means remove it and use something else, and the two ironcrossltred/blue.tga's from the X3map pak. These appear to be rehashes of the the id texture ironcrosslt.tga with a new .shader, so mad props again to id ;)

Primitive bot support, which may or may not get fixed at a later date. Other remaining known issues are:

Cheers to the usual suspects, Dill, Doom, Fyrespray etc for the feedback.

This is the final release, for now, with changes possible once it's seen some service. Many thanks to the Savage Council for providing a port on which to test it. 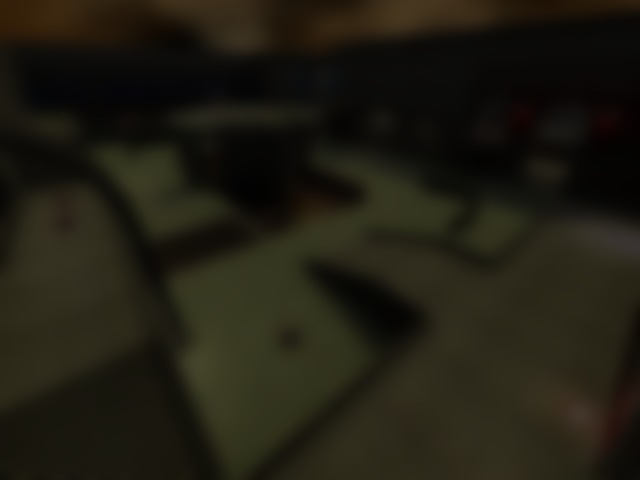