Thanks For Content : Ronin{TRIAD} (**email removed**) for the new base statues
and the cat mapobjects (me-F**KING-ow! =) ).
To my cat, Puddin, who posed for the pictures Ronin needed
to make the cat mapobject, forever immortalized in Q3A. =)
Oak from Oak's Shiro (www.planetquake.com/oakshiro)
for the 3skullslight and the flameholder mapobjects.
Gollum from Oak's Shiro (www.planetquake.com/oakshiro)
for the Skeleton Pack 1 mapobjects.

Deathmatch : No
Team DM : No
Capture the Flag : Yes (6-10 players)
Bots? : Yes (see below)
Gameplay : Even though the Q3DM1 influence is readily apparent(I think),
the gameplay is not even close, in a DM vs CTF sense anyway.
First, it's over twice the size of Q3DM1. Second, there is a
vertical element that Q3DM1 didn't have with the additional
upper base exit hallways and the basements. It's still quite fast,
the fastest flag-to-flag run I've seen is 13 seconds without
interference(like that ever happens in a REAL game), but the base
defense isn't too hard. It's an easy map to learn, and a fun map
to play that isn't overpopulated with powerups and weapons. =)

Editors Used : GTKRadiant 1.1 TA-Beta and GTKRadiant 1.1 TA, Paint Shop Pro v6, Q3Build
Computer Used : PIII 700, 192mb RAM, GEForce2 GTS 32mb, 30gig HD, Win98SE
Build Time : 6 months on and off, about 220 hours I guess?
Compile Time : Final compile: 1 hour, 18 minutes.
Known Bugs : There are no technical map flaws.
The bots go everywhere and get everything, (except the regens
which I can't help due to the location of them) they prefer the
basement route when traversing from flag to flag. I did work on
fixing this situation, and it's not a serious problem anymore.

Author's Notes : Originally I was going to take Q3DM1, copy and rotate it,
and put in flags. Then I talked to PaulJ from id about it
and he mentioned that id would probably squash it because
it would infringe on their copyright. That was understandable.
He did say that I could use the same layout. So, I took
measurements from the floor brushes from Q3DM1 and build it up
from there manually. I did want to keep the Q3DM1 flavor, so I
borrowed a few detail techniques from the original and used the
same torch models. The final map is 100% original brushwork, but
has heavy Q3DM1 influence. It's a really fun map!!!

To play this level, extract the file "trictf1.pk3" into
your \baseq3 directory of Quake III Arena. Then select
Foreshadows CTF under the capture the flag levels.

This level may be distributed via any medium (ie: Internet,
BBS, CD-ROM, compilation disk) as long as it maintains the
name trictf1.pk3 and is supplied in a zip file called trictf1.zip
that also contains this text document and no other files. 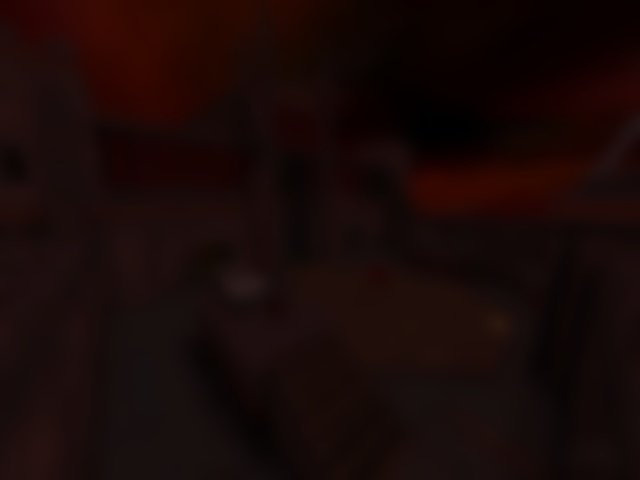