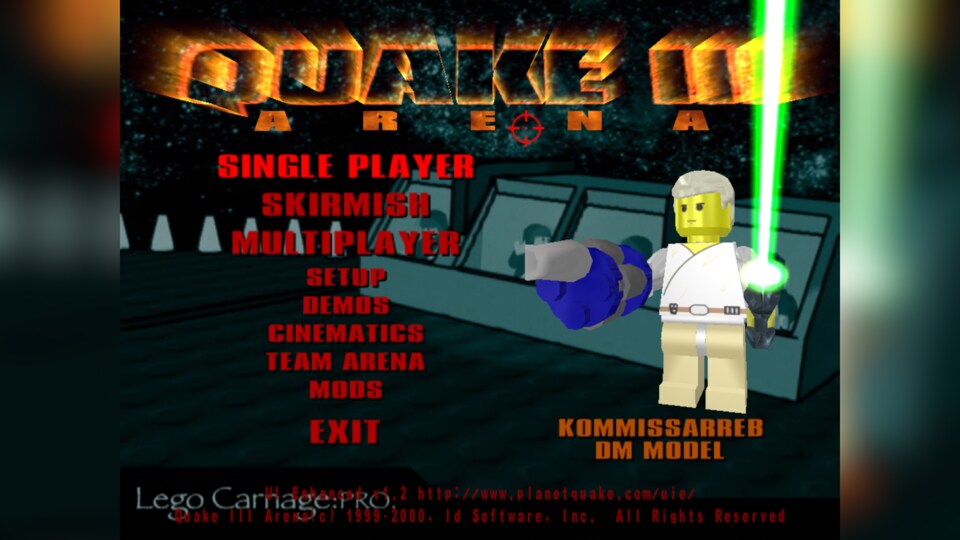 The only LEGO mod made for Quake III: Arena, and it's mostly just a graphics modification. However there are also more menu options, as shown in the screenshots.

Lego Carnage Pro changes the weapon models and adds lego player models to the roster of available models you can use. The non-lego models are not replaced or removed, which will make legos vs normal players look a bit off. This mod does not come with any custom maps unfortunately, so you will have to make some or download custom maps that have a LEGO theme to them (there aren't many out there).

This mod was made in 2002, and it shows. The lego models for Caucasian characters are yellow instead of cream-colored the way new minifigures are in post 2003 sets. The Lego Star Wars series was probably the first set of Lego Games to feature Lego minifigures bending and moving in ways that are physically impossible, so expect animations to be a bit stiff. I liked the little touch where rockets, grenades and gibs are all in Lego bricks.

Personally I would have liked a LEGO mod that would have added maps, or even maybe implemented things like vehicles the way Annihilation did. But I guess you can only ask for so much. Especially given how old this mod is. 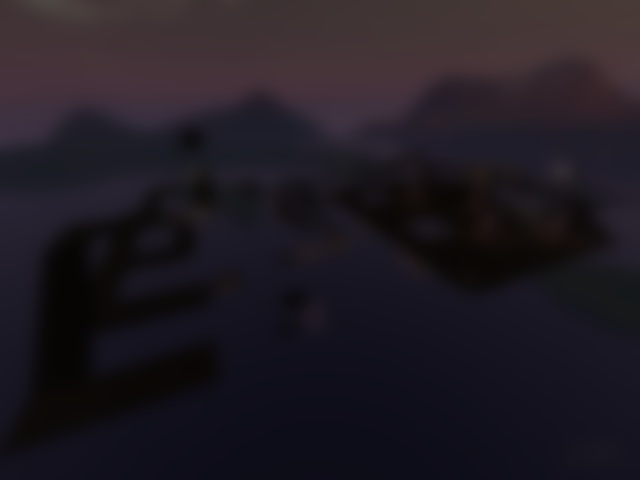