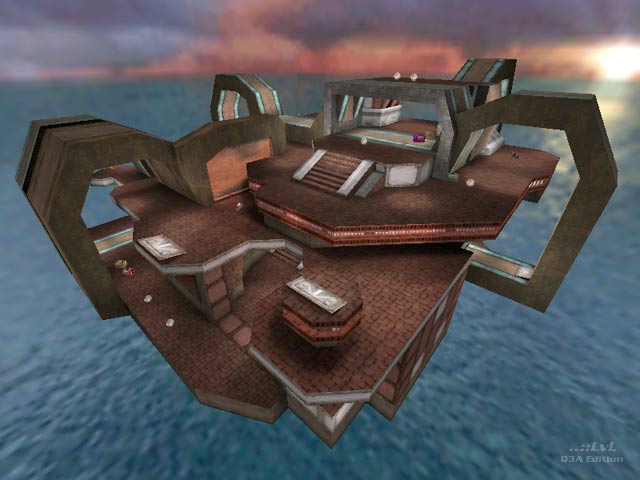 FragTastic Rep. 2249
#6   07 Jan 2012
Not bad but its kind of small for a space map isnt it?
Agree (0) or Disagree (0)
Me and My Monkey unregistered
#5   22 Sep 2001
Not bad, but not great either. There just isn't anything about this map that differentiates it from other reletively small space maps. Also, it is far too easy to fall, and that's not fun...more like work. Kona has made some great maps in his day but this isn't one of them. In fact it is so bad, I suspect it may have been created by a Kona imposter.
Agree (0) or Disagree (0)
Featured Ripper unregistered
#4   23 Jul 2001
We liked it on the LAN, but everyone agrees, there's something off with the item placement- not sure what, but something. Overall, great work, though.
Agree (0) or Disagree (0)
StormShadow unregistered
#3   14 Jul 2001
What teleporter?

I think the skybox is great too. If it had the lame default black bg of every other space map, i wouldnt have liked it so much.

I also fell off the edge a number of times, maybe im just not as l33t as you, Octovus :p

Agree (0) or Disagree (0)
Octovus unregistered
#2   12 Jul 2001
Interesting map. It's quite nice looking, though I do wonder what this floaty brown thing is doing in the water (oh dear, that doesn't sound good, does it?)

It was a little cramped down below, some sections you seemed to have about 5 things you could do and end up at different places, while others only had 2 ways to go. The weapons were well laid out. Placing a gun out in the open was smart because the plasma gun is desirable on a closed in level like this, as is the shotgun.

I'm not making much sense, am I? The grenade launcher might have been placed higher up, then again that might have made it too good for the lack of dodging room below.

Ok...well, this map is (I must say it as well) the epitome of your average good map. It's enjoyable, you've no reason to get rid of it, but you may only play it 3 or 4 times before you forget it exists. So download it, have some fun, but I completely agree with the current score (7 after 1 votes) and will score it a 7 myself :-)

P.S. I think the skybox comment is really unfounded, it's a sort of sun-settish scene (or sun-rise whatever) and therefore everything would be a bit blurry and unfocused!

Oh, also, gibbing when you are headed towards water is more than a tad weird, though I don't know if you can stop it from doing that.

Ok, I can't stop, can I. The personal teleporter is, in my opinion, totally unneccesary. Only in a few places are you likely to fall off; in 3, 30 fraglimit matches, I only fell off twice. 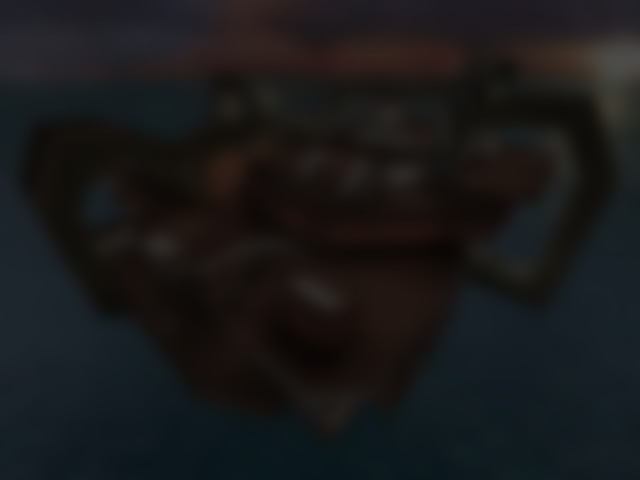