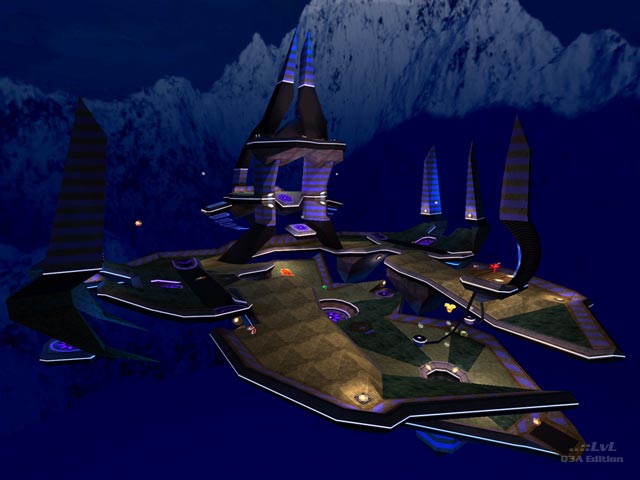 Only a good player can reach it and that makes it as valuable as it should be on a space map!

Visuals rule,the map is a definite 10 along with all your other space maps!!!

Hang on to the rounding jump pads they are great fun!

You are the absolute king of space maps!

You made it possible Nunuk !!!!

Throw some headbanging rock in the cd player and start the party!

nunuk has done it again!

After playing the map a few times I begin to like it, even with the far away railgun. But I would move the railgun to the place where the plasma is, move the plasma to the shotgunplace and the bfg to the railgunplace. BTW it adds much fun if you use custom bots, especially manga style. I'd recomend teamrocket on this one.

Agree (0) or Disagree (0)
Beanflicker unregistered
#44   25 Jan 2001
After klesk curves, I was amazed. Now Nunuk comes up trumps again with another fantastic map, with more wierd and wonderful jumppads. get it, and get it on!
Agree (0) or Disagree (0)
ThunderChicken unregistered
#43   24 Jan 2001
Nunuk, Kink of the toob. What can I say? Great map bro! I gave it an 8 only cause it isnt a CTF map and I love them things. :>) I know a lot of people HATE CTF but I love it. If you ever buld a CTF map Nunuk,...I WANT ONE!!! I know it would be a good one! People if you dont have this map, dont just sit there DOWNLOAD IT NOW!!! I dont play DM much and if it was not for Nunuk I never would, I recommend downloading them all. Go here and get them now. :>) www.planetquake.com/nunuk

Thanks for the maps Nunuk.

if you do an update for this map, please, just make the plattforms on the way to the RG a bit bigger (increase the diameter by 20%), or place a slow moving plattform as in q3dm14. 'til then I will play it with instagib ;) Sorry, but space maps NEED the RG. Just think of The Longest Yard without the RG? I'm thinking of a RG-petitition ;)

You shouldn't be worried about the pros, 'cause your maps don't work with cpm anyway. And for the RL: Youre right, mid air shots are great fun :) but work only for close to mid distances, and for this your map is too open.

played the map right after talking with you nunuk... amazing! i love flying! =)

Agree (0) or Disagree (0)
Twitchfactor unregistered
#38   20 Jan 2001
I really enjoy your work, and have been following it for some time. Keep it up, and I'm really looking forward to what you come up with in a "normal" (whatever that means) map.

Once you're done, be sure to let us all know... Also, if you're ever looking for a job, I might know where you can hang your hat.

Agree (0) or Disagree (0)
nunuk unregistered
#37   19 Jan 2001
mmmm syclone you're right about the deadly jump pads with pmove_fixed set to 1. i don't think i can do anything about it though, else than making another release with those jumpads triggers a bit thicker as well as a RA put a bit higher than it is now. if i had to make a single version compatible with the 2 kinds of accelerations, i would have to change the item placement.....so for right now, i'm going to leave it as it is.....

Agree (0) or Disagree (0)
PNR unregistered
#36   19 Jan 2001
WELL,being a person that cant play online(FREE ISP DOESNT ALLOW ME TOO)Bots are allll i have.This is great fun,thx...Anyone know a free ISP that allows online gaming...i just want to play Q3 once against real people....o well,Ill be back on this board and try to give real good reviews(BOT ONLY)
Agree (0) or Disagree (0)
nunuk unregistered
#35   19 Jan 2001
tx fraggile for your comment.

concerning the rail, the only thing i did was to give to it a more strategic placement:in order to become a second hand weapon. as you know already, players that are experienced in space maps and who play those a lot know how to perfectly aim with a rail, and the only presence of this weapon in any space map should logically make the level unbalanced. the only reason i leave the rail in it is because it remains a lot of fun in ffa, and space maps are not really aimed for serious "pro" gaming anyway.

as for thr rl: the reason i continue making space maps is simple: with time, players have developped huge techniques in order to be able to make awesome mid air shootings with the rocket. so the player who's rl technique is developed will have more fun in there i suppose. space maps strategies are a bit more basic than in regular maps....the pleasure comes from those shooting techniques.....

The bots still have problems, but you gotta decide between design and bot navigation sometimes...not an easy task.

hmm...i was ready to experiment other styles of maps. and leave space maps aside for a while. i guess that period is going to be short!

however the next level is going to be a regular map (arg!! i said it! space freaks are gonna kill me!!)

you are the fakkin man

bring back your ass over there!!! and i'm gonna make you sing!! lol

/me does spiral jumps

I dig the funklaiden jump pads.

Some one beat me to it. Yeah, you have to work to get the RG,

My only real complaint is that you can sometimes miss the railgun when you jump for it, and you teleport out without it =

Other than that, nothing but praise

and is now better than ever! both sweet looking and funny!

And, the plutonian guy with rl 0wns m3!

definitely, a 9, just some shaders not my taste.

This one is a true rollercoaster, those jump pads will make bounce around the map, never standing still until you die! :-D

I had pmove_fixed 1 on before, and it did it,Deathmonger. I think if you set that, you'd alway do it, too. What that does is set up the game to sample player movement much like it would if you had a constant 125 fps, which gives you the most acceleration.

With high quality settings, and pmove_fixed off, it doesn't happen.

Agree (0) or Disagree (0)
Deathmonger unregistered
#4   14 Jan 2001
Awesome work straight from nunuk's fragopolis. Again, this man strikes our five senses with his last work. Flying plutonians is a good job, aesthetically "weird" and strange but somehow amazing. Nunuk is the only mapper I know that can be proud to have it's own stile. Since Kleskonian Hights i've been looking forward for his levels, none has disapointed me.

Btw... I HAVE NOT experimented any issue with jumpads, they took me wherever they where supposed to, no jumps into void or something like that, just smooth spining awesome pretty funny enjoying jump trails. 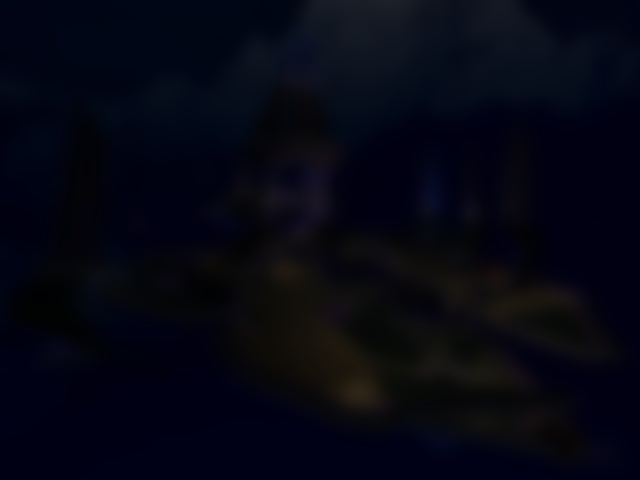