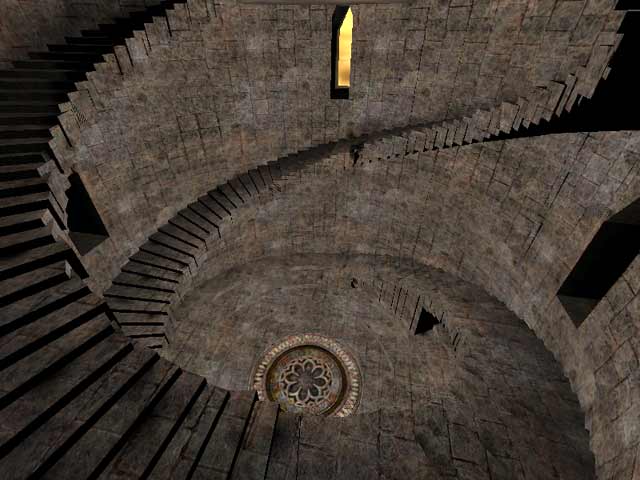 And it's hard some time :P

i guess i can be "hard" sometimes... but it wasn't my intention at all to flame that guy. No way, i wanted him to go and work and erhm yeah develop... sometimes the hard way is the best.

Tell ya, i have to design stuff every day. :) yep it's cooL.

But people most of theme just say what they think of what you made, wether you like it or not. AH well, swallow it, go on, make something better. :)

I'm not trying to make someone feel bad here or feel like a loser. NO way. It's just that i've seen too many box maps from mappers who just weren't ready, and believe me when i say that there are some real bulldogs out there who aren't as ... :) nice as me when it comes to giving points.

Ok it's happened now. I hope his next level will be different. ANd a level.

It just gives me, as a player, a kick when i play a good map. Not necessarily a superb map

I was totally blown away by that back then. Still am.

But what the hell.

Everyone's got his style.

And yes wasp, there are some real fuckin' assholes out there who think they are god and the rest of the mappers are worth squad.

The hell with them. My regards to the cyberdemon. May there spleen orbit earth. :)

ps i remember making a house map years back. When i look back at it, it's funny. But then, it was a miracle. :)

That was a pretty shitty thing to say.

Besides ,at least you know how to spell fucken propply.

Agree (0) or Disagree (0)
RRROOOAAARRR unregistered
#8   15 Oct 2000
OK Neonite, point taken. As it happens, I finished compiling the map I'd intended to release, and it really wasn't what I wanted my first public statement as a mapper to be, so I won't be releasing it. So yes, quality control is an important part of being a mapper - but I do feel your first comment here ( 9 Oct. ) was unhelpful, to say the least. Let's leave it at that and wish all the best to Todd as he perseveres with his mapping. One thing that has struck me from all the Q3 sites I've visited is the contrast between the positive and the negative attitudes posted... especially as someone who's only had a PC for a few months, and to whom all of this is new. I feel very strongly that we should all be on kinda the same side here, and that when criticising the work of others, we should try to see all glasses as half full wherever possible.
Agree (0) or Disagree (0)
neonite unregistered
#7   15 Oct 2000
one more thing..

i bet mr clean etc.. had to start somewhere too...

Agree (0) or Disagree (0)
Neonite unregistered
#6   15 Oct 2000
IF you really want to make maps, i suggest yuo take the time to read the entire q3manual and experiment. Think of something, be creative, ...

f.e. fro q2 editing isearched the web for help and found an excellent site which contained explanation about all the q2entities.

When it comes to quake, i worked with polyed, quest, worldcraftn, qoole, bsp, stoneless and thread.

Worldcraft for half life. Yeah but the one included in the box was kinda buggy :)

I dont know what else to say. This "level" isnt good enough. Try again. I know it's possible to make something good. All you have to do is use your imagination, be creative and take your time.

exaclty! keep it for tomorrow!

:) hope everyone now understands what i'm trying to say and they don't see me as one of the "fucken assholes"...

The only hard drive this should be on is the mappers...

Don't tell me that's a lie.

There are too many maps like this one on this site and others. Just be patient and release a decent map. Something cool. you know? geez...

I have created maps myself and i knew when i made my first map that it wasn't much. I also was very happy that i created something but no way i was gonna put it on the web!!!!

why? Cause it was an experiment. That's all. :(

All i'm saying is; make something that's worth it and then put it on the web. Map making takes time, MUCH time, but in the end, it's worth it.

I'm not saying you have to create maps like mrclean etc does they are very good at it i'm just saying... you know :)

I understand wasp, i completely understand. Maybe you should also think twice before typing something in ...

btw it' fucking assholes and not fucken.. hehe

I understand; But that doesn't mean that i approve.

Keep working on your mapping skills. No pun intented! I'm not trying to be a "fucking asshole" here.. i'm kinda trying to help. :I but yeah c what you get eh.

i've been developping my mapping skills for the last 2 years, made many test maps, still not going to release one until i understand everything.

AND I DIDNT SAY ITS A PILE OF SHIT.

I tell you: i've played over 2000 doom maps. ANd it's the same thing as in quake arena.

Many maps, no effort put into it, just kinda released on the net for the heck off it who cares yeah, and other maps nicely executed, good gameplay and looks, who show that the level author has put some work in it and that's the whole idea.

I guess every mapper creates boxy maps when they're newbies, BUT NOT ALL RELEASE THEM !!!!

my first map i tell you was a connection of ugly rooms. Back then i was pleased but i knew: don't release this on the net.

It's not good enough.

Agree (0) or Disagree (0)
RRRÕÕÕAAARRR unregistered
#3   13 Oct 2000
WaSp - agree totally. It's up to the mapper in question to decide whether or not to put a map out there for the rest of us to play/review/praise/deride. But the way we do that is something that should be handled sensibly - how many of the people who are so quick to go "it's a pile of shit" have taken the time and put in the effort to make maps themselves? I'm not saying we should automatically praise new mappers' work to the skies regardless of its quality, but some semblance of context would be nice. I'm about to release my first map, and I know it's not up there with the work of the likes of Nunuk, Mr. Clean etc., but hey - I'm trying! I know, therefore that my map is NOT going to get the sort of raves that their maps get. Todd, nil carborundum, mate. It's a learning curve, and I would venture that the most vehement critics of new mappers' work are people who've never made the effort themselves. So fuck 'em, basically - if you can't do something better yourself, don't be so quick to put down those who are at least TRYING to get there. How about a specific section in LVL for newbies' work? A sort of public encouragement forum... Neonite, it IS that hard to get good as a mapper. Trust me, I've worked really hard and I'm still not much good. But I'm trying - are you?
Agree (1) or Disagree (0)
WaSp unregistered
#2   09 Oct 2000
My first map.... and the one that gave me the biggest thrill was 2 rocket launchers in a box, all the walls consisting of the same texture and man was I happy when I worked out how to light her up :-)

If I new of map review sites back in the days of quake1 ,I would have uploaded that map straight away ,and I woulda called it..."hey guys ,look what I taught myself to do"

Keep going at it Todd .....It doesnt take a rocket scientist to work out your a novice at mapping ,you will however still find it suprising as to how many fucken assholes will still the need to state this obvious fact.So when they ask you "is it really that hard, that much to just work on a map.. evolve as a level designer, creating something worth it which has gameplay, visuals and is cool?" you can reply..."yes it is as a matter of fact....mofo" :-)

and still they come...

is it really that hard, that much to just work on a map.. evolve as a level designer, creating something worth it which has gameplay, visuals and is cool?

It doesn't have to be a superior map, but take the time to make something decent.

A map showing that you have put your heart in it. 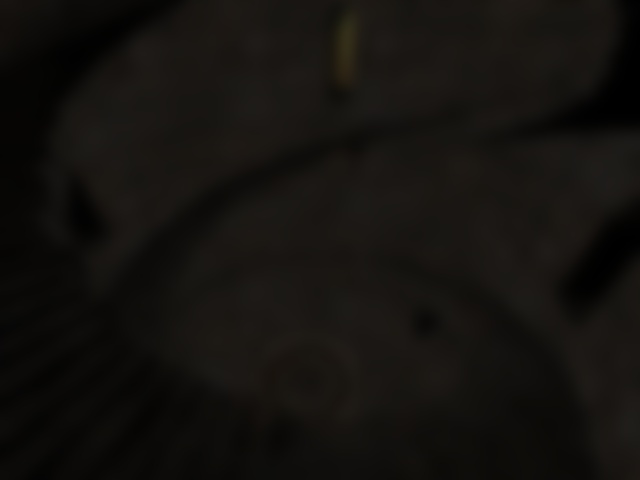