For CTF it has an interesting Layout with very different bases. I found the blue base a little bit easier to defend, there is more open space to see the enemies incoming. Architectur is nice, but there is just no color marking of the team zones exept the flags itselfs! Although I don´t like overdone team coloring (as in q3ctf2).

If this was ONLY a CTF map how would you have rated it?

I wonder how good the ctf is?

thats the first ever CTF map I ever did. I thought it was neat to have a graple and all new camping spots ect.

Agree (0) or Disagree (0)
Dagwit unregistered
#6   09 Aug 2000
Well, Cap'n, one of the best maps to come out recently is Auhsan's 'The Backstab'(auhdm2). As vertical as you could wish - but only one small bounce pad, as I recall, and that not really necessary (lots of teleports though!)

Bounce pads and launchpads are nice features to have in a map but they're not mandatory.

Judging maps would be a lot easier if we could rely on checking off a list of desirable features but - and perhaps as well - it's all just a bit more mysterious than that.

Sorry, should I have posted this under 'Hells Left Nut'?

Agree (0) or Disagree (0)
Captain Chaos unregistered
#5   09 Aug 2000
Say that again Dagwit.
Agree (0) or Disagree (0)
Dagwit unregistered
#4   09 Aug 2000
First, a word of sympathy for Tigger-oN and Mandog. 'Halls of Death' (casdm3v1) is a largish and certainly complex map (I still have trouble finding my way through the corridors to the PG without stopping a bot to ask directions). Given the number of maps they have to review, they can't have much time to spend getting to know each one, so I doubt that this map's complexity is a great plus for them. Add to that the inevitable increase in disorientation that teleporters bring, and you can see why they view the abundance of teleporters in this map as not exactly 'super', and why the review is a tad unenthusiastic.

However, 'Halls of Death' rewards perseverence. The layout, as always, shrinks with experience, and soon even the teleporters start to make sense. There are eight in all, four of which are a matched pair of pairs - with a one-way crossover - that take you across a lava pool between the RL and PG/quad; there are two more near-matched pairs (i.e. one takes you to the other, and the other brings you back not through but near the first), one pair taking you end to end in the map and the other changing your level without moving you far. Once you understand how they're arranged, eight teleporters become three sets. Considering the size of the map, this is generous but not excessive.

I'm not a hundred percent convinced by the lighting myself - moonlight is meant to be pale, not purple - but it's not totally ineffective at creating a nighttime atmosphere without leaving you completely in the dark that so many mapmakers think 'atmospheric'.

'Ponderous gothic', 'weighty stone'? Show me a block of stone that isn't weighty and I'll show you a chunk of painted polystyrene. True, in the history of architecture Gothic starts as a specific style, light and airy by comparison with the preceding Romanesque. In Q3A terms, however, gothic just means 'stone textures and lit by torches', and in this sense 'Halls of Death' is no more ponderous than hundreds of such maps. It is, however, better laid out, better connected, better detailed and even better lit than most of those hundreds. It also has galleries and platforms aplenty to provide up and down mouse movement for those who found that 'Hells Left Nut' (casdm2v1) was deficient in the vertical department.

I've downloaded a lot of maps. I downloaded this one a while back. Inevitably, with a flood of new maps to try out, I rarely find time go back to play even maps I think well of.

I've been back to play this one.

it wasnt that bad =P

Made for larger games and it supports team play with CTF too.

nothing metioned about that. oh well

Do a review on Casdm4, for some reason people like that one much more even though less work went into it. =/

Grabbing the quad in this map takes a bit of practice, but when you get the hang of it, BOTS WATCH OUT !

So you finally got a review at LvL ... but not too flattering :(

Shame really, cause I think this level is rather KEWL!

I enjoy playing in this map as much as in Natestahs "Reet Ownage" (not sure if thats the correct title).

I think that the purple, orange and yellow lighting works in this map quite well.

Well worth the DL IMHO. 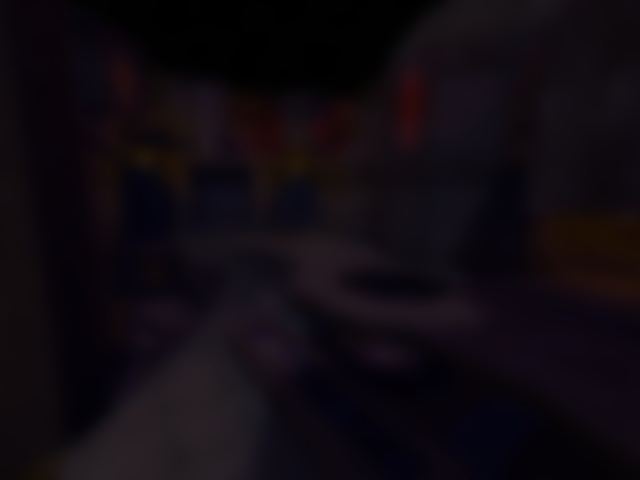