Tig Rep. 774
#15   26 Nov 2019
Bot support file has been added. The bots do not play very well which is why the author never included it in the original release and did note this in the readme. The patch file is here: lvlworld.com...-thespan-bots.zip
Agree (0) or Disagree (0)

Colton Rep. 173
#13   22 Mar 2016
I'll make a botfile for this map guys, don't you worry. EDIT: Yes, this probably needs a do not enter brush for the bots to not be stupid. I'll make a v2 of this map, then.
Edited 37.89 days after the original posting.
Agree (1) or Disagree (0)
Montiff unregistered
#12   02 Jan 2001
People please make a bot file. The map looks good
Agree (0) or Disagree (0)
SheBitch unregistered
#11   17 May 2000
Very good map! Keep up the great work. One recommendation, though. Release a new version for bots. You need to add one more change. Add a DE (DONOTENTER) brush, right down the center of the flag room. It doesnt have to be very thick maybe 1 unit thick. Split the flag havles and make sure the brush intersects the walls, as to cut it in half. This will keep the bots from trying to get to the other flag, in that direction, in that room. They will use alternate paths to get to the other side.

Your on a roll, looking forward to your next.

I enjoyed this map a lot- especially the outside area. It showed a ton of ingenuity. As for the bots I think the solution to their stupidity is to separate the two flags by a clip brush (as long as it seals off the two halves of that flag area) This is what i used to separate the bases in my map (in conjunction with a weapon clip brush) I look forward to your next project!

Agree (0) or Disagree (0)
OO7MIKE unregistered
#9   16 May 2000
Perhaps you should look at what Ricochet did with his map(Public Execution). The flags are very close to each other. Granted they are not that close but they can both be seen as if they are in the same room. I would have enjoyed watching bots slam them selves against the grates. Hey i did in an effort to see if i could rocket jump through the gaps in the fence. Oh well, as we all know some maps just cant be played with bots.

Agree (0) or Disagree (0)
froofy unregistered
#8   16 May 2000
ok the reason there were no bots was the fact that the flags were right next to each other, and the bots kept mindlessly running and jumping against the grate trying to get the most direct route to the other flag. I tried botportal and donotenter brushes but nothing worked.
Agree (0) or Disagree (0)
OO7MIKE unregistered
#7   16 May 2000
I looked at this map...(which is all i can do.) It looks ok inside. It blew me away when i found i was in space. Very nice looking from the outside. The jump pads freak me out! I cant comment about the game play cause i couldnt play it. This map looks like it would be hard to get the other flag in a lan party. Like i said it looks like it would be hard. Since i cant play it i will really pick on its looks and atmosphere.

This guy looks like he knows his archetecture but not when to stop with the polys in one screen. This map feels like it would be a slide show with to many people inside. Some missaligned textures and no ambiant sound. If you dont give your map some musice at least give it some ambiant sounds! There are sites out there that will tell you how to do this...it is no secret.

4/10 looks nice, not finished...needs beta testing cause it doesnt feel done to me.

Agree (0) or Disagree (0)
not entered unregistered
#6   16 May 2000
Maybe the bots just refuse to play on this map... 'cause it would injure image? (What's the english expression for 'Gewerkschaft'?)
Agree (0) or Disagree (0)
SiCdeth unregistered
#5   15 May 2000
i didnt download the map, but i do have something to say... correct me if i am wrong but couldnt u just open up the .pk3 and take out the .bsp and make a .aas file of it using your own quake3 tools, just a thought that i had.

Agree (0) or Disagree (0)
SiCdeth unregistered
#4   15 May 2000
i didnt download the map, but i do have something to say... correct me if i am wrong but couldnt u just open up the .pk3 and take out the .bsp and make a .aas file of it using your own quake3 tools, just a thought that i had.

Agree (0) or Disagree (0)
Johnny Law unregistered
#3   14 May 2000
One other thing to improve on: ambient sound. There's none in this map AFAICT. In a high-tech base there should be humming, zapping, or whatever in at least a few spots. Out in the middle where there are big pistons crunching away, there need to be big-piston-crunching noises. :-)
Agree (0) or Disagree (0)
Octovus unregistered
#2   14 May 2000
No bot file? Well not like I'm offering help or anything, I map (to an extent) but don't do AI, just how can maps really be tried out without bots? (Unless lots of people download them, which they won't if it doesn't have a bot file..vicious circle) =(
Agree (0) or Disagree (0)
Captain (Horatio) Chaos unregistered
#1   14 May 2000
The exterior of the map looked quite impressive, but the level was let down badly by a very cramped interior. I would suggest that you redesign the interior, make it much more spacious and the map may turn out good after all.

Couldn't comment on gameplay as there is no bot file included.

Froofy, you have potential.

Score: 6 Would have been higher, except I got claustrophobic while in the interior. 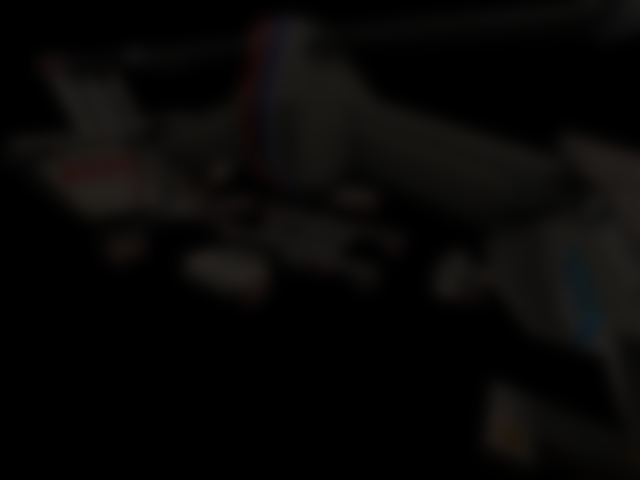