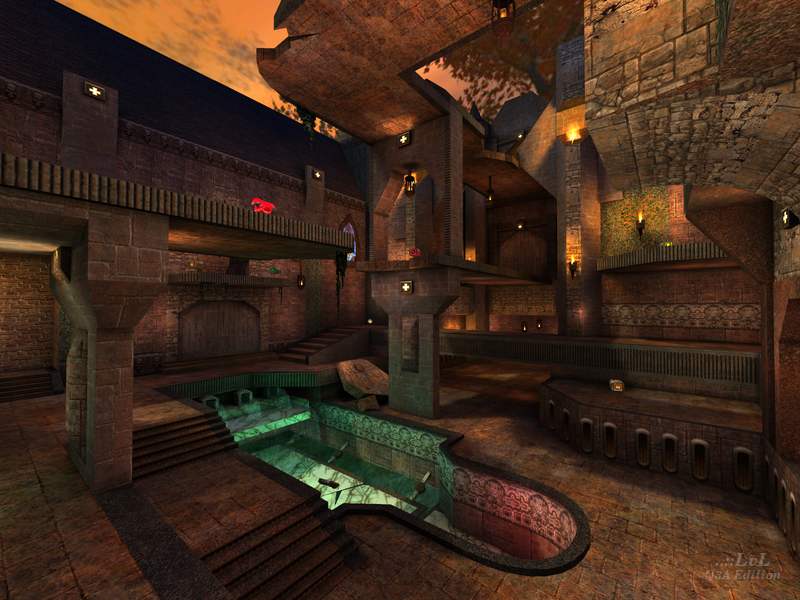 CarsonRuns Rep. 0
#10   27 Oct 2021
And Carson really enjoyed getting splattered all over the place in this map and many others by you, @waY2Kool. :)
Agree (0) or Disagree (0)
waY2Kool unregistered
#9   12 Feb 2020
nothing made me happier that splattering Carson across the walls of this map.
NOTHING.
oh, the map? yes, it was easily one of the best in rotation. secs really nailed it with this one. man, do i miss the FNFF days.
Agree (2) or Disagree (0)

HelterSkeleton Rep. 5360
#8   28 Jun 2016
Every now and then, maps made specifically for quake 3 servers finally make their way over to LVL world, and for the most part I am glad when they do. My only regret is this wasn't released here sooner. DM was impressive enough to start. But 4-player side tdm - WOW!!! It actually gets even better and adds a whole new dimension to the game. With a lot of room to move and haste thrown in for good measure there are plenty of opportunities to fly about. thanks for sharing. I will keep this for posterity's sake.
Agree (1) or Disagree (0)
::VeXeD:: unregistered
#7   05 Jun 2014
Seriously fun times playing this map during the old FNFF days. While having quite a few tight areas for close combat, it also had larger areas for those who like to rail. Flowed very nicely.
Last time I had some Q3 nostalgia neither map was up.. nice to see them here, <secs.> also designed one of my other favorites.
Agree (3) or Disagree (0)

JADscratch Rep. 437
#4   08 Jan 2014
And I will say, Carson, without a doubt, I LOVE the gameplay. It truly is a barrel of monkeys to fight against bots and/or humans. In no way do I disregard the reality of the gameplay. Sure, in general, there was a bit of an aesthetical issue (probably just me agreeing with the bias of my "there-has-to-be-something-wrong-with-this-map" side), but overall I really do adore this map. I had no idea this was that popular, as well. Maybe I should have written a better review... :/
Agree (1) or Disagree (0)
Carson unregistered
#3   08 Jan 2014
As the founder of The PHHortress website, and one of the primary beta testers for this map, I've probably played more minutes in it that anyone else. Yes, it did take a very long time to bring this map to production standards, not mine nor the other beta testers standards (waY2Koo1, Quebus and others that I just can't recall), but the high standards of excellence that <secs.> held himself to. There were many occasions when we all said "Yeah, it's ready! Release it!" to only be told that a shader was out of place or something that none of us could see until we were shown. I'm glad we waited as the finished product is just beautiful, but that's not the half of it. Where this map shines is in the gameplay. Now granted, it has been close to 10 years since I lasted played this map, but I remember it being great fun for 1v1 and up to 6 to 8 DM competitors. It has everything. Bridges, walkways, high perches, short tight corridors. All the map elements that can bring on that "crap in your pants" moment when you unexpectedly run into another combatant. The gameplay just never gets old. When I try to compare it to other maps, two come to mind. The Edge as remade by Charon and Coitus Intteruptus (69pickup) by [69]Streamer. All three were in the regular rotation when The PHHortress servers were in their heyday. It's very cool to see that this map was finally submitted as we PHHortress regulars knew for years how good it is. Now maybe some others will get a chance to play it.
Agree (2) or Disagree (0)
Дядя unregistered
#2   06 Jan 2014
Зочод! Моделируй ещё!
Agree (0) or Disagree (0) 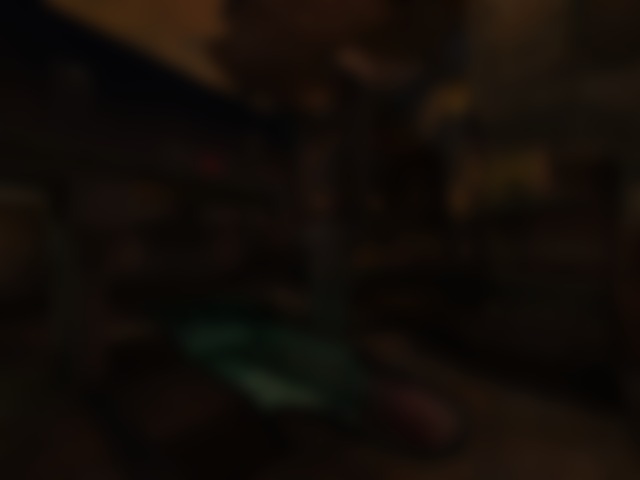