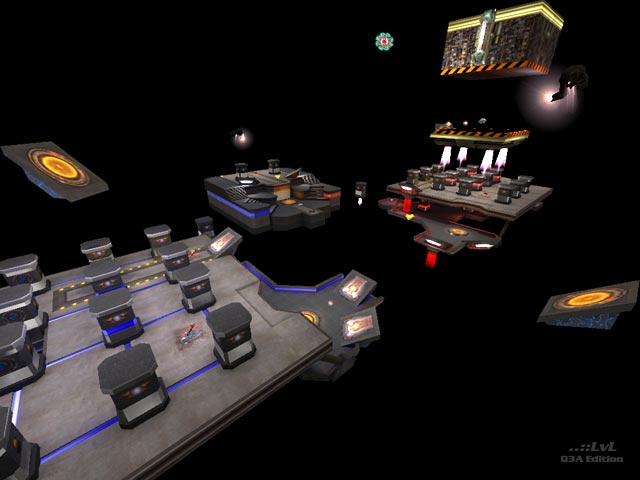 KommissarReb (SW12) Rep. 2210
#19   15 Jun 2011
I remember playing beyond reality. Gotta reinstall Team Arena for some fun with nuclear testing. But I think Ive already played this map. But believe it or not, I think I liked the original Beyond Reality better. I kept falling in that darn hole.
Agree (1) or Disagree (0)

I have also found a missing texture below the quad damage with both the Mapmedia.pk3 and the ThreeWave.pk3 textures.

The blue flag above the lowest floor (Underneath the launch pad that launches you to the BFG platform) is not aligned perfectly like the other flags.

Agree (0) or Disagree (0)
Pasquake unregistered
#13   01 Jan 2006
Tetz, i've uncovered the "secrets" beyond Vortex portal and i'm planning a map like it but with more "action" why? vortex portal is a deathmatch map... flag can be TOO EASILY CAPTURED... bunny-hopping i can: fall down from central pad, bunnyhop to the 2 jumps, take the flag and with a bunnyhop reach the central pad that launch me in the vortex again... time? About 6-7 seconds... including the 2 secs of the last jump pod... the one directed to the vortex...
Agree (0) or Disagree (0)
boom unregistered
#12   01 Sep 2004
When I played this map I found some weird cones with a sort of checkered texture on. Looks like they tried to put a cone of light or something on it. Ruins the look.
Agree (0) or Disagree (0)
{DEMO}LITION unregistered
#11   19 Feb 2004
They also own at making useful maps. Maybe they tried for a mix :P
Agree (0) or Disagree (0)
ozh unregistered
#10   18 Feb 2004
id Software owns at making useless maps.
Agree (0) or Disagree (0)
{DEMO}LITION unregistered
#9   16 Feb 2004
seremtan, bots always get minus scores on that map because they don't try to stay on the ground :) That is why id software shoved their best (supposedly) bot on it, so you could win just because he kept falling of. When ever I have played bots on that map (or any variants of it) I win against the best of bots just because they fall of the edge. Next time id software make a game like Quake 3 Arena, they'll need to severly improve the footing on the artificial intelligents.
Agree (0) or Disagree (0)
Kell unregistered
#8   15 Feb 2004
Yeah, it's easy to bash space maps because there's so many things about them that can shaft the gameplay, especially in CTF. But I've played the first CTF conversion of this map, q3tourney6_ctf, on servers many times ( most memorably on a server which increases the player forwardspeed! ) and it is stupidly fast for CTF; captures can be scored from spawn->cap in about 5 seconds. No, it isn't incredibly tactical; yes, one's life expectancy is under 10 seconds. But it IS immense fun, and a cool interlude between more protracted and balanced matches on other maps. The fact that only those with experience of the map have any chance of capping shows it's more than a no-brainer to play.

This version basically adds more altitudes - effectively doubling the total player surface - which means it can carry more players overall, but I think the gameplay is still essentially the same. Best gametype is Harvester, because there can be more 'carriers' to have to deal with.

I also find the bots play this map a bit better than the earlier versions.

Bottom line is - it's FUN, nothing more. Take it or leave it.

Agree (0) or Disagree (0)
seremtan unregistered
#7   15 Feb 2004
At least they got rid of the train. The bots used to love that, and flag caps were simply a matter of air-controlling from the BFG plat launchpad down into the enemy base, grabbing flag, and doing the same thing back across the map. I mean, I how boring is that? And I was the only one with a plus score.
Agree (0) or Disagree (0)
{DEMO}LITION unregistered
#6   15 Feb 2004
The main reason, IMO, that open space maps are becoming so unpopular is because:

1. It is too easy to die in the viod (the other day I was playing on Q3DM17 with my clan mates and we started shooting each other off the edge when we were on the same team, which I got bored of quickly).

2. Spawn fragging: no one likes getting killed before they can move. Shove a nightmare bot on an open space map with rail guns only, and 8 times out of 10 you get killed before you've moved 64 units.

I only give it 4 points to reward that id releases something from TA for Q3 ;p 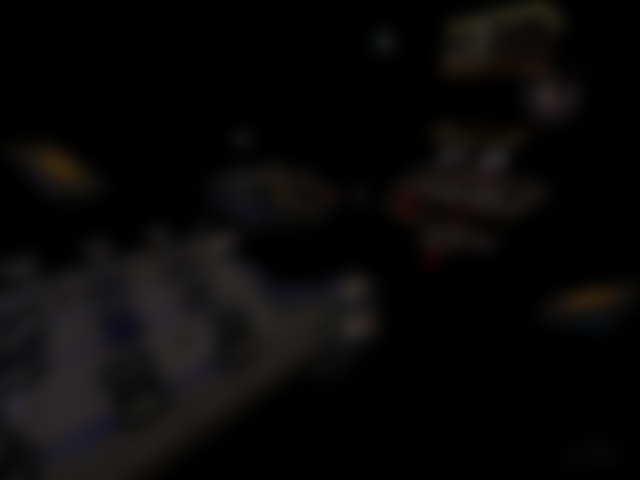