**Preview only**
Be sure to submit your comment
Submit
Preview
Cancel
Submitting comment...
SW12 unregistered
#13   16 Apr 2010
You cannot imagine how much this map resembles the map LIFELINE by Mikko Sandt. Exact same skybox and scenery. The real difference is that this map has CTF. Lifeline doesn't. But lifeline has a gimmick map that has snow. Again, I can't imagine that it was two different authors.
Agree (0) or Disagree (0)

Alas, another case where the cool architecture, and awe-inspiring design, gets in the way of "good" concise layout. Too many rooms that look pretty much the same, too much empty space and too long paths, prohibit consistent gameflow IMO. And the fact that the areas "are closed off" by vertically sliding doors, that don't completely drop into the floor do not help either.

I'd wish this map would be revamped, to create a more concise gameplay experience, using the already defined design elements.

bluemonkey Rep. 20
#11   01 Feb 2006
This is a bad map. Tehnically it has some nice features but gameplay wise it has nothing. The problem is I don't think it looked very good visually either, baring the very nice room seen in the screenshot.

The scale of everything was wrong. It would have been nice for example to rocket jump back up onto the walkways. The fact that everything was so large meant that nothing felt huge. You need some things smaller sized to put the big things in perspective. The ceiling was great but the blue lighting just messed up the nice daylight effect that was coming through. The doors were ugly too. I really liked the room shown in the screenshot, particularly the top level with the side struts, they would have provided great firefights if used better.

Item placement is all over the shop. There's virtually no reason to go to the top levels on any part of this map except for one area. What is the point of going up to the top level for a shotgun when there's an RL on the ground floor? Bots get stuck in a couple of places in the map too. The quad is in such a stupid place no one ever goes for it. The deathpits don't really serve a purpose either.

Baring part of one room none of it really works over all.

well anyways about the map itself, i thought that the architecture was pretty good, however not for gameplay. i thought the second stories floating slightly like they were held up by suspensors was one of the coolest and most brilliant original ideas i've seen. the blue lighting is really cool and contributes to the map, i played this with 4 bots on my super super rig and it was still laggy. imo this isnt really for the hardcore players, this is for the mappers to look at with gameing graphics improveing every day. my favorite room had to be the spiral staircase and the 2nd floor suspensor with the secret telport tube.

this map has some really nice architecture. there is alot of geometric detail and i'm surprised the map still ran fast. impressive work.

try this, it looks like q3a is not aware of your memory.

I can't load the map- if anyone has suggestions I'd like to hear them. Maybe /devmap will allow me to load it, but haven't tried yet. 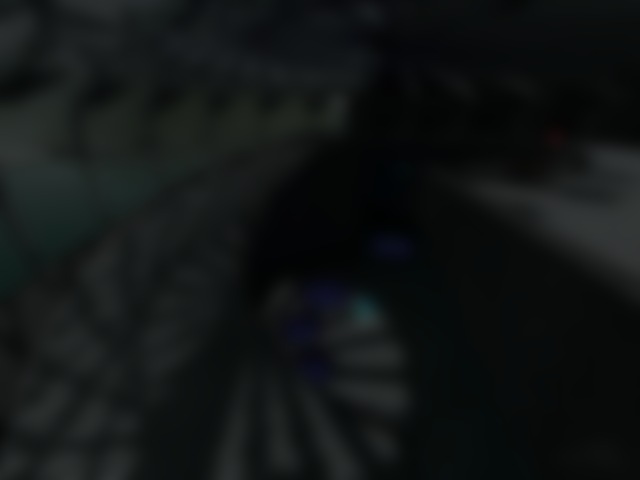