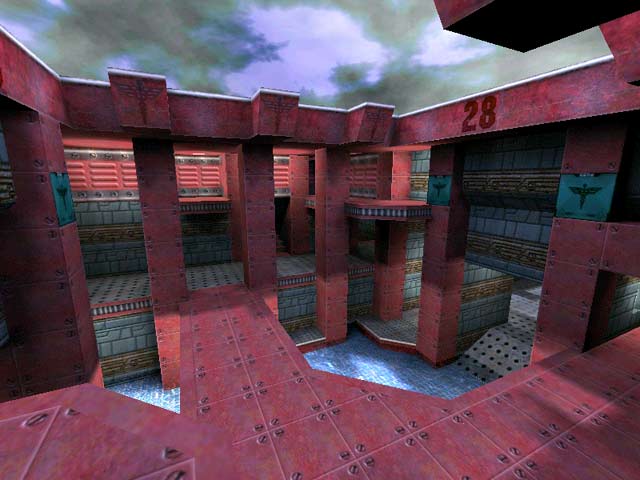 Anyway, this map is pretty cool even if it is a conversion from SiN. I never played SiN, never will, so it's new to me.

I guess you guys hate all remakes of songs and movies as well, huh?

Agree (0) or Disagree (0)
not entered unregistered
#17   29 Feb 2000
I don't mind coversions,but I can do them my self with the Q2 TO Q3 converter in less than 5 minutes,that includes making a bot aas file.
Agree (0) or Disagree (0)
[iF]Gonad unregistered
#16   28 Feb 2000
and bsp to map is not art either even if one changes the textures to his/her liking. It should all be done from scratch with your own twist to it.

I think most will agree with me here.

Agree (0) or Disagree (0)
[iF]Gonad unregistered
#15   28 Feb 2000
I have to agree with Tigger-oN that bsp conversions suck ass. Those maps were made for the game they were made for. The scaling is off and the textures don't look as good as the originals. Then the authors gets all pissed off when they get a bad review as if like they put a lot of hard work into it. I'm sorry the computer did all the work. I hardly call it mapping at all.

If one wants to do a conversion do it the old fasioned way....By hand. It will look better, play better, And the scaling will be just right. Also when doing a conversion..put some imagination into it.

I'm redoing the old map Dead simple for the PureDm contest. All I'm doing is keeping to the basic layout while not making it so flat booring and square looking. I'm making it so that it looks like it was made for Q3A. No flat, walls, buildings, etc. It will also have natural terrain. I'm using mostly base textures and a custom night sky that I'm working on (fingers crossed that it turns out well...so far so good). I'm not going to tell you guys everything I'm doing to it..you'll just have to see.

I think by now you know what I'm getting at. Also this will be my only conversion that i'll release as it's for a contest as I enjoy my own map ideas. It's a doom2 map that will look way better than the orignal (Duh!) and most importantly (And you'll know I'm telling the truth) It obviously won't be a crappy bsp conversion that I'm going to slap my name on.

Agree (0) or Disagree (0)
Jim unregistered
#14   27 Feb 2000
Its always nice to see someone create new textures for their map, and the textures for this one are made quite well, however, it was a bit too red for my liking.

I think the biggest drawback to this map is the layout and architecture. It needs something more, but I don't know what. Maybe just a little more ornamentation would have done the trick. The teleporters were also a little weird. I didn't know they were teleporters until I walked over them.

Not a bad map at all, just not my style.

Agree (0) or Disagree (0)
AssBall unregistered
#13   27 Feb 2000
I have never played SIN, and probably never will, so I see this map as an original and look at it from a Quake 3 point of view only. That said, I think this is a very good level.

I didn't think the background was really bland at all. The choice of texturing gave the map a very cool "feel". More variety would have deviated from the theme.

The layout is nice, though seemingly a little oversized in places (though not to the point where it becomes anoying). The item/weapon placement was iffy in parts. Specifically, there is never a reason to have two red armors in a level like this. Also, I fail to understand the point of adding machineguns....?

Agree (0) or Disagree (0)
Redrum unregistered
#12   27 Feb 2000
This is a strange map. I've always said to people that I would even play Q2 flat shaded on the grounds that it's the game mechanics, layout and interactions that make the game play.

I guess this map proves me wrong. Whilst the layout is not bad with a reasonable flow and ok connectivity I simply can't stand the blandness of the background.

The author has made some efforts at decoration (though it did seem very dark on my system). But at the end of the day I believe there are better maps out there that supply on both game play and eye candy. Not the mention technical execution. Hwoever no-ones perfect and we all muct start somewhere. I think Jon did a ok attempt at yet another conversion of a SiN map.

As a general point I've seen quite a few SiN maps converted and whilst I din't have anything against conversion per se I've always said that game engines are different and maps are built to suit both playability and those engines. SiN was basically a TC of a slower engine that included slower movement mechanics. As such th emap must be tailored differently. I like th ereal world feel SiN brough to the mix (much like Duke3D - how come there aren't more of those maps converted?) but in the end the maps fall flat on Q3.

Because by their conversionist nature they don't take into account the added benefits of the Q3 engine, weapon systems movement etc.

So while I try out evey map converted or not with an open mind and fresh attitude (even looking forward to some maps such as this one with fond memories) I often find they just don't work.

this map is great

plus it looks damn good

"oh it's a conversion" "oh it's not original"

why is it everyone seems to love all the quake1 and quake2 conversions?

you people make me sad

Agree (0) or Disagree (0)
Tigger-oN unregistered
#7   27 Feb 2000
Dogface - you answer your own question (well, a bit anyway). The orginal was made with for SiN. The orginal level author put a lot of time into making this level great. They beta tested it. They optimized it so that it would play the best it could with the SiN game engine. Then someone comes along and uses bspc.exe to extract a map file, uses some other program to rip/convert the textures from the original - thinking that because this map rocked hard in SiN its going to be cool in Q3A - sorry, but I don't think much of level convertors that try and make something of someone else hard work. esp when they can't even do a good job of it. Try /devmap sindm9 then noclip, see how bad this level is built? (incase you don't know what your looking for, you should not be able to see most of the outside walls)
Agree (0) or Disagree (0)
Dogface unregistered
#6   26 Feb 2000
??? Who are you? I mean the rewiewer? That is one stupid opinion. Is your comment that the remake is not good or is that the original level is lousy? Have you played this map or the original map with 3 -5 good players? Allthough it looks a simple map with nothing new, it is a really good map. With this map you have to have a good strategy to win, and it has many variations of "strategy" I have had some really good games of sindm9. Also a good 1 - 1 map.

Ehh... my opinion might be just little bias since I think that sindm9 was the best map of sin, and Sin is (=was) the best game. 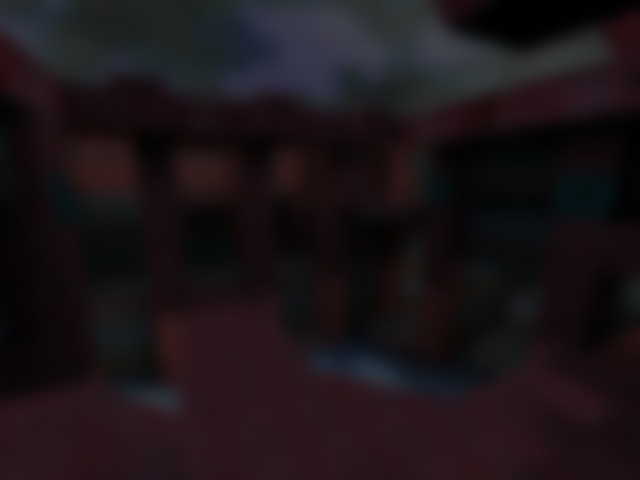