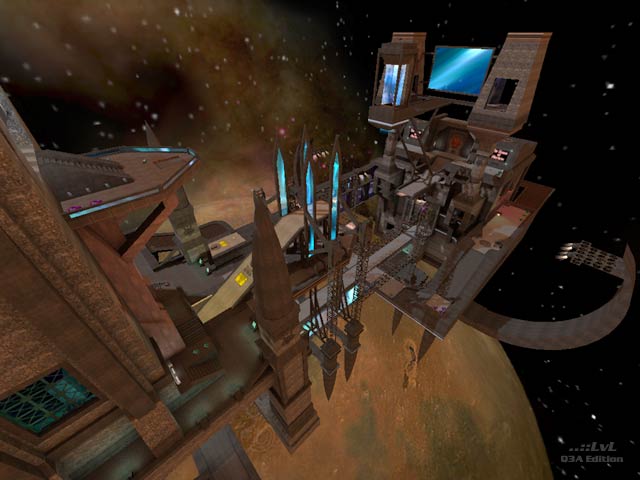 BAT® Rep. 0
#14   22 Dec 2010
Regarding the location of the BFG: Suspended below the main map is a girder that leads to a teleporter. You can get there by two methods. First, in one of the halls is located a red armor and there is an opening behind it from which you can drop down onto the walkway. Second, you can jump over the side once you have located the walkway below. Proceed down the walkway towards the teleporter but before entering first push the button on the right hand column. Now enter the teleporter and as soon as you come out, turn around and push the button on the left hand column. The doors will open revealing the BFG and then you must use the jump pad to re-enter the game.
Agree (0) or Disagree (0)

BAT® Rep. 0
#13   19 Dec 2010
I loved this large, colorful map and really like the feel and look of it. It is quite large and with only a few players it can take a while to find some action and we find the bots actually play okay. Our only gripe is although we find BFG ammo in the map, we have never been able to locate the BFG itself. If you machine can handle it, this map is very cool and well thought out. Author: Where the heck if the BFG???
Agree (0) or Disagree (0)
db unregistered
#12   31 Aug 2009
Uggh. Sort of nice to look at but not an enjoyable gaming experience.
Agree (0) or Disagree (0)
Extech the dungeonmaster unregistered
#11   30 Jan 2005
i am d-loading this as i type this comment.
it looks great from the pic it says about 1 hr 19 min left to d-load
I think it will play fine
I got Pentim 4 512MB ram Gforce3 Ti500
and a 1.5 Ghz Cpu
Agree (0) or Disagree (0)
GuitarMan unregistered
#10   25 Nov 2003
Hope the author still reads the comments here...

I'm sure that it took an impressive amount of work to build this map. It looks great, big, awesome, the kind of map that I've been looking for.

It's killed by a bad construction. It could have been much better with more attention to the building techniques.

I can say this because (unfortunately) I still own an old PC. FPS drop from 45 to 6 in many areas. As a mapper myself, I can say that many times mappers don't even realize that FPS and r_speeds can be better if they optimize the map construction, just because they've got more or less powerful processors and graphic cards that can handle it well. To handle it well doesn't mean that it's been well constructed (I'm not talking only about this map, it's a common mistake among mappers).

Also... why some pieces inside the .pk3 aren't compressed? You unzip it and it's an almost 30 Mb monster. Some people think that everyone's got a DSL or cable connection...

shiz@ thinks that everyone can get a couple thousand bucks out from nowhere to buy an Alienware computer or something like that... not everyone has a dady that gives his kids one or two grands to buy a PC. Do you think that people will still own an old piece of crap if they could buy a new machine? Looks like you don't think at all.

Even with all that flaws, it's an impressive map.

Agree (0) or Disagree (0)
<SuX0r> unregistered
#6   03 Jun 2002
I suppose it does depend a lot on how seriously you play the game but you will find a lot of players like to have 125 fps all the time as it interferes with the game physics having an unstable fps. Also I would say that 30 fps is only just playable as aiming is hard and fast movement is impossible. The item placement is not bad for weaker players but it doesn't encourage player movement and is very biased towrds certain areas (I have also seen maps with worse item placement but this is still at a level where it is unsuitable for skilled players as it is too easy to exploit imbalances in the item placement). Anyways if you run your next map through beta I'll check it out as this map shows a lot of potential :). Cya!
Agree (0) or Disagree (0)
Shub-Niggurath unregistered
#5   30 May 2002
Hmmm, what can I say ? On my pc (PIII 800, Geforce2MX, 512 MB RAM, Q3-settings all 16-Bit) I have a framerate of 30-65 fps....I think it`s playable.

O.K., the map is very large and not all areas are used, but I don't have it designed for botplay.

And I've seen maps with badder itemplacements, but many thanx for constructive critics (cool, BWF, hmmm).

Last but not least: THANK YOU FOR DOWNLOADING AND PLAYING MY MAP !

Agree (0) or Disagree (0)
<SuX0r> unregistered
#4   25 May 2002
Ermmm, shiz@ what kind of pc were you thinking of that could run this at a stable 125 fps on high quality graphics with the 6-8 bots it would take to fill this level? Not one that most people would have the money or the inclination to buy for the sole purpose of running this level well anyways. Moving on to the map, I always think levels like this are a bit of a shame as the author clearly has some good design skills but the map is just not really playable. Even assuming you have the PC of <a href="mailto:shiz@'s">shiz@'s</a> dreams then as PI said the item placement is not very well thought out and there are large areas of the map that will remain unused. I think given the size of the map it would have been better to remove some areas and have released a smaller and more playable map as the huge size doesn't really help the framerate either (poss running it through beta as well to remove any huge connectivity and item placement problems). Nice architecture tho' and I would like to see something a bit more playable from the author as the map shows some potential. I'm not going to rate is as I couldn't even play it on my PC (yes that should mean I rate it very low but it seems a bit petty to lower the score even more when the map clearly took a lot of work to put together).
Agree (0) or Disagree (0)
shiz@ unregistered
#3   25 May 2002
This map is the best that i've

Agree (0) or Disagree (0)
bwf unregistered
#2   21 May 2002
This map contains really special architecturedetails and a lot of custom textures,they're worth a look or two. The texturing is good and it's awesome, to go around and see the details.

On the other side, the items are to much, the connectivity is not so good and the framerate?

Agree (0) or Disagree (0)
dezperado unregistered
#1   19 May 2002
i gave a look around, it's a big piece, too big for me, i prefer smaller areas, i find it too chaotic, and the texturing is a bit too 'kitsch' for me, and sometimes the lightning is too strong.. 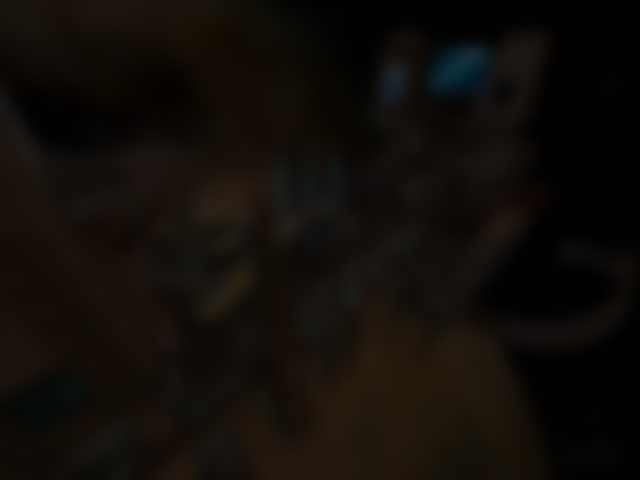