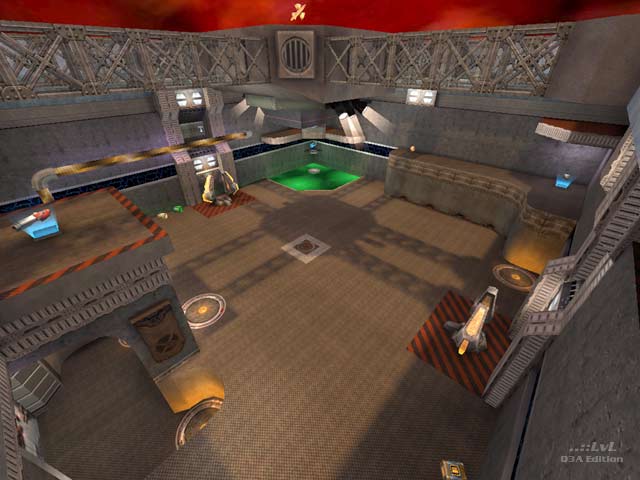 **Preview only**
Be sure to submit your comment
Submit
Preview
Cancel
Submitting comment...
elendNATTER! unregistered
#22   11 Apr 2002
this is the best map that ever was released on lvl !....no it's the world's best map...

and the gameplay is the best on earth....honestly I wiped it off the drive because I found the gameplay so unsatisfying... and I tried different games on it. no offense. just another opinion k ?

Agree (0) or Disagree (0)
MorNinG!WooD unregistered
#21   09 Apr 2002
Felonious not only is this a nice map for a team game it plays well in FFA. For a first map its great to acheive playablility and I enjoy the traps included w/powerups thats fun. Download the map and youll ejoy the gameplay, not alot of eye candy but fun and thats what counts.
Agree (0) or Disagree (0)
BunkeR unregistered
#20   08 Apr 2002
Fels map RAWKS for a 1st map, hell it's better than some mappers 5th map. FELDM1 is a very fun map to play online, that is all that matters to me :) Crank out another one you farging icehole.
Agree (0) or Disagree (0)
<SuX0r> unregistered
#19   07 Apr 2002
Well said StormShadow. This map is great fun, reminds me a lot of Deimos only with less piles of crates (a good thing for me as I don't always have the frames to climb them :p). There's a lot of scope for silly jumping which is always a good thing and I like the large ammount of powerups with only one being easy to get safely.

The thing you have to remember with PI's reviews (which annoy me occasionally as well) is that he is looking at the maps from a "suitable for competetive play" type perspective. No matter how much fun the map is it would be hard to argue that it is a competition style map. Also there is a very high standard of mapping out there and you have to take the best maps as a standard of what is good otherwise the review is meaningless. At the end of the day it's just an opinion and that's why the comments boards exist, so the review can be agreed/disagreed with. Anyway 8 from me, great first effort :).

Agree (0) or Disagree (0)
StormShadow unregistered
#18   07 Apr 2002
Honestly, this map really is a blast to play mutliplayer, the fun factory is definitely there. However, the lighting and texturing are a bit dull and some of the rooms are a bit boxy, but hey, its a first map so i can overlook the aesthetics.

As far as Pure Imaginary having "nothing better to do than rag someones maps" - i think this is an unfair statement. Do you seriously want the guy to give every map a good review? Just because you dont agree with it doesnt mean that hes out to get anyone or that he enjoys giving bad reviews. Remember, since most of you actually know felonious, you have biased viewpoints, pure does not.

Anyway, i think its an incredibly FUN map, lets leave it at that :)

Fels first map isn't the most attractive map, but it get's a 100 for being so fun. Good work Fel! I hope you make another one now that you're familiar with Radient. The second map will always be easier to make than the first.

Fel, that map is real nice, when will be release feldm2 ? :)

Fel, it doesnt matter if this is a first time map or not. IT PLAIN ROCKS MAN!

Dont believe the reviewer. He probably doesnt spend much time actually playing multiplayer anyway and has nothing better to do than rag someones maps. This guy hardly ever has a good review coming from him. The weapons are in just the right places. Is it really fun to have the items so easy to get to? Hell no! Thats what makes it challenging.

Cant wait for the next one man!

Anyway, the gameplay in this map worked for me. Of course I tend to stay in the RL/RA room and its adjoining hallways.

Maybe I should make a demo of the traps and secrets available on my site.

Only prob is that the flight didn't last long enough to get the other 2 PU's with a lot of time to kill the unwary! :D 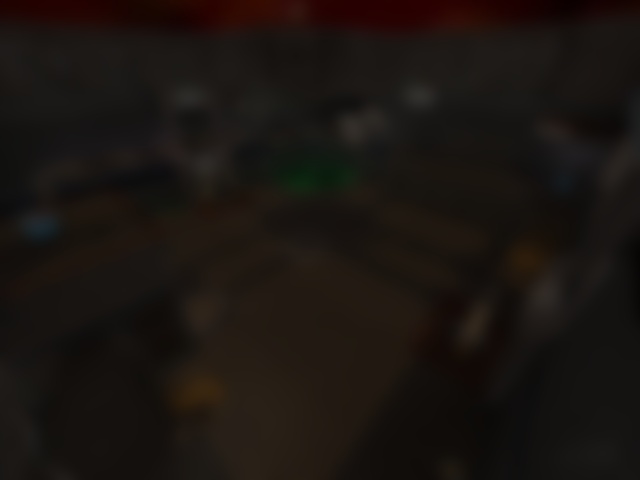