BAT® Rep. 0
#1   21 Jan 2011
I wish I had the smarts to be able to build a map but I fear my
old brain is not equipped for such challenges. I hope someone
could develop my idea. It is a simple concept
I have had for many years now and feel it could greatly add to game
play. The idea is to have each jump pad powered by some sort of
device placed behind the jump pad. The idea primarily is when you
are fleeing someone and use the jump pad, you would be able to bounce
and while moving away from the pad, shoot back at the pad, causing it to
explode and temporarily disabling it and possibly killing your pursuer.
This would require a certain amount of skill in itself and it
might add another element to game play. BAT2440

Incognito Rep. 146
#2   23 Jan 2011
It's a cool idea but not sure if the q3 engine allows you to add a distructible feature.
I remember playing a custom map where the room exploded, dont remember the name of the map.

GuitarMan Rep. 421
#3   24 Jan 2011
Well, there's a map that has been reviewed here on this site, Swiss Cheese Trickster by Q-Fraggel (here: lvlworld.com/review.php) that has got exploding barrels on it. You shoot them a few times and they explode. I don't know how did the guy manage to do that, but it would be a good idea to try and replicate the effect on other map elements on standard Q3A.
I remember playing a custom map where the room exploded
I remember I saw something like that years ago, but in this case it was on a mod called Outpost.

You could make the jumppad explode, but disabling it probably isn't possible with vQ3. You'd probably need to mod Q3 with a way of disabling triggers for a given set of time. What you could do is add an invisible door that moves over the jumppad, covering the trigger. For that to not be noticable, you'd need the trigger to be quite thin so that the invisible door can also be thin. It's an interesting idea though.

Exploding barrels will be func_button's with a health set to it. When you 'damage' it by a certain amount, it fires its targets, in this case one or more shooter_rocket's located inside the button and pointing towards the ground. The button will have a very fast speed so you don't see it moving, but just disapearing/reappearing. It'll also have a negative lip value so it hides itself under the ground. With a bit more innovation, you could make it show debri from the 'exploding barrel' for a short time after it explodes. 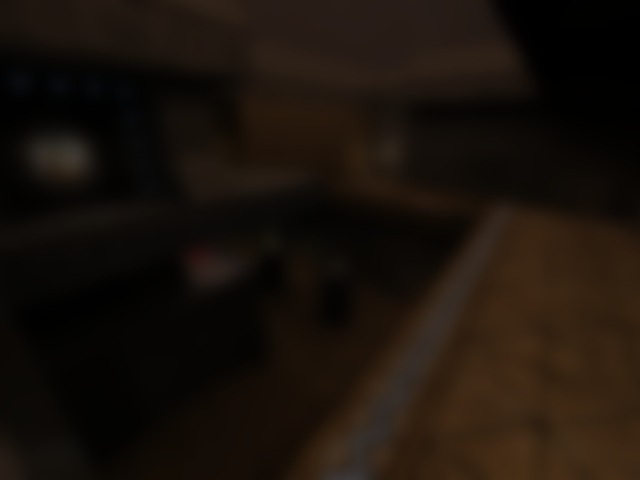