KommissarReb (SW12) Rep. 1720
#1   19 May 2018
I know at the moment neither mods are finished. I just never understood why they made periodic public releases before working on a newer version that they would just keep updating, but never making any form of release or demo.

For example the latest downloadable version of Generations Arena is .99f from January 2005, and two years later they came out with this trailer www.youtube....tch?v=lemzKrumqhs saying they'd make a new release soon. I know they had .99d, .99e, and .99f released to the public, so why wasn't one after then? I get that they wanted to make a finished version, but why not make more releases like before?

Similarly with OpenArena the latest released version came out in 2012, yet the OA website shows newer prototypes www.openarena.ws/news.php I guess what I'm asking is why they stopped making new downloads?

I'm not trying to come off as pushy or anything, I just don't understand why they're keeping their material under wraps nowadays (teasers excepted)

leilei Rep. 297
#2   21 May 2018
I had a long response here about why "OA is ded", it can be best summarized as Q3 being creatively exhausted (especially relatively to Doom which has much less pipeline and community issues for imagination to go wild), and there's a cool PC emulator siphoning some of my development interest....

Perhaps it's hard to get motivated to create content that'll just be ignored in favor of loud huuhing green glowing keels on aerowalk. Perhaps that's also the reason why there's just graveyards of those Q3-inspired indie fps games of recent. ¯\_(ツ)_/¯

Edited 3.66 hours after the original posting.

KommissarReb (SW12) Rep. 1720
#3   23 May 2018
OpenArena is a somewhat unique mod in that you can use it to play Quake 3 mods (I'm thinking of Hunt again) and OpenArena has some good playermodels to use. Based on the teasers you shared www.youtube....tch?v=2YBLYQTchhk it seems to work fine as it is now. If development has stagnated, why not just make a release with what you have now the way you did with the two previous versions? They weren't the final product either, so why not?

I know Generations Arena keeps getting updated with new content constantly being added. As you can see www.wireheadstudios.org/ they added stuff like Ion Rifles, Tesla Mines, and TA map compatibility that wasn't in the original concept of the mod. I'm not saying that I wouldn't want to see this in the final mod, but I have some amount of concern that WireHead may make the mod too big and unstable like what happened with Bid For Power 5.0.

Edited 11 seconds after the original posting.

leilei Rep. 297
#4   23 May 2018
Quote:
OpenArena is a somewhat unique mod in that you can use it to play Quake 3 mods
Because it's not a mod. A mod implies dependency.
Quote:
If development has stagnated, why not just make a release with what you have now the way you did with the two previous versions? They weren't the final product either, so why not?
There ARE nightly builds of the code available - barely anyone tests even those, so why risk releasing something that could be completely broken? Do you understand how software development works? Releasing what I have now with the new stuff on top of the old stuff would be a big bloated clashy audiovisual mishmash.
Quote:
like what happened with Bid For Power 5.0
Bid for Power officially ended at 1.2. What you refer to is unrelated repacker cruft done by those who don't know their limitations, kind of like what you're suggesting for OA to do; quite ironic......

Edited 12.62 minutes after the original posting.

KommissarReb (SW12) Rep. 1720
#5   24 May 2018
I don't know how software development works, that's partly why I asked.
Quote:
Bid for Power officially ended at 1.2. What you refer to is unrelated repacker cruft done by those who don't know their limitations, kind of like what you're suggesting for OA to do; quite ironic......

No it isn't what I'm suggesting OA to do. I wasn't aware that 5.0 was a repack, I thought it was an official release. Don't see why you just assumed I wanted OA to be repacked by someone else when you (the person I'm talking to) are the one in charge of it.

Edited 56 days after the original posting.

FistMarine Rep. 2383
#6   16 Jul 2018
I'm sorry for bumping a nearly 2 month old topic (just finished last week with my final exam and graduated college) but I have been wondering the exact same thing in past couple of months.

Regarding GA, I have followed their development since around 2010-2011 and I have also noticed a couple more recent updates, including finishing TA support, which I think is awesome. So for this one I can understand and wait because I know it should be near completion, as I talked with Phoenix (one of the main developers of Generations Arena) 2 years ago last time and I know he told me once he finishes TA support, he will continue to polish the existing features and possibly release version 1.0. I don't remember all the details but this is what I remember. I could ask him again these days.

Regarding OA, I only remember playing a little bit of it in past (and somewhat recently) and I found it okay but it's just nowhere near as good as the original Quake 3 Arena, I don't know how to say it but maybe the art style doesn't please me enough. I know OA is pretty much what FreeDoom is for Doom but I know as of lately FreeDoom started improving a lot compared to how it was years ago, at least until development slowed down again but OA hasn't seen a new release since 2012. I still hope to see it finished someday.

Also I want to ask Leilei specifically: There is a similar situation going with DOSBox. There hasn't been a new release since 2010 and I know you are registered on their forums, so I assume you know something about that but could you please tell me what is the exact status and what's exactly going on? I have been waiting for a new version of DOSBox since like 3 years ago and still no new release. Much like in case of GA and OA, I find a bit annoying how there hasn't been a new version released since YEARS. I mean I am not asking much because I'm sure they could release at least a new version once per year or maybe once at every 3 years but I find irritating that DOSBox while is still in development, hasn't seen a new version since 8 years. That's kinda stupid in my opinion, considering the fact that there have been so many bug fixes and improvements since the last official version. I know maybe the DOSBox team plans to release 1.0 version, just like the 2 mods mentioned above with their constant delaying and no new release before 1.0 but I feel like they should post an update or something, at the very least. I also noticed on their forums, how some people have asked what is going on and their threads were locked, which is pretty stupid, in my opinion.

Once again sorry for bumping the topic and for talking a bit off-topic but I wanted to say my thoughts. And I haven't visited this site since some time but now I'm back and I'm ready to play a lot of maps from this site and maybe record some demos for a couple of maps, as I planned years ago.

leilei Rep. 297
#7   16 Jul 2018
Simple answer for that: Doom is not creatively exhausted. An active welcoming community not full of self-promotions of dead servers to join probably also helps.

Edited 1.18 minutes after the original posting. 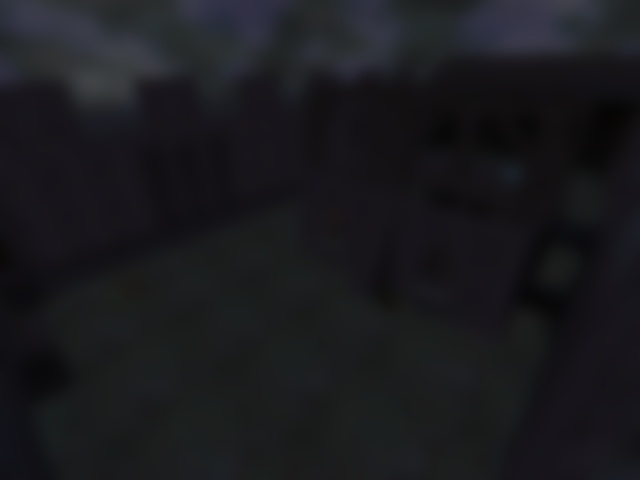