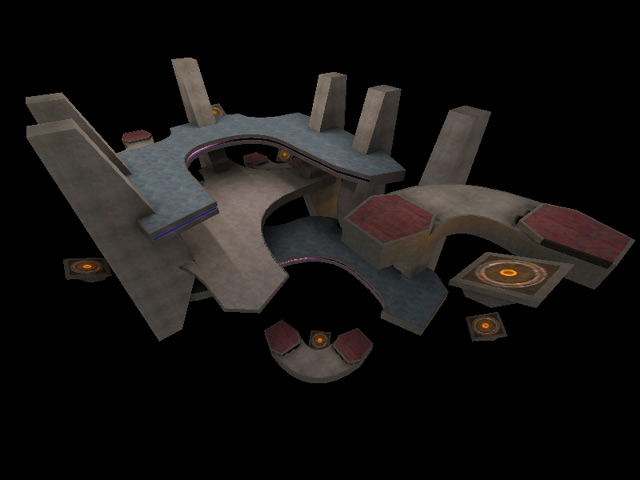 A space floater with three main levels supported by large concrete pillars. There are a few small platforms off the main section which hold some items. The area is huge and plays well as a 3 player DM or 1on1. Texturing is simple and consistent and curves are well used. Only problem was the placement of the personal teleport which could have been located more openly and the smaller platforms were a fraction too small. Bot play was OK, although they wander off the edges a bit too often.

A good one for space map fans.

Update: There appears to have been two version of this map built within 24 hours of each other. Originally, the first version was list here on ..::LvL (for 13 years). This has now changed and the download is for the second version. There are a few small changes between the builds. (24th Apr, 2013) 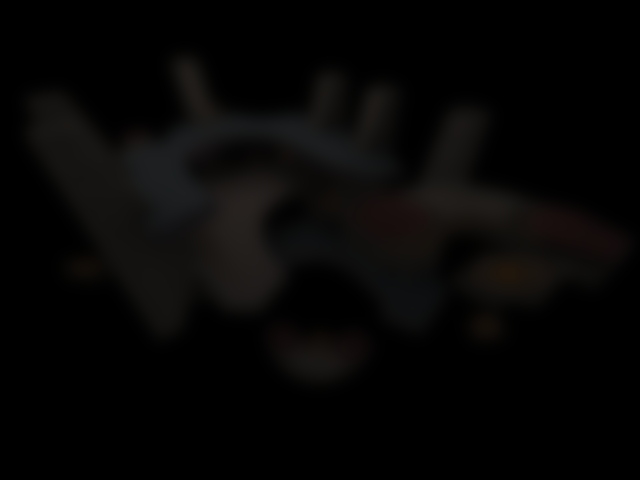