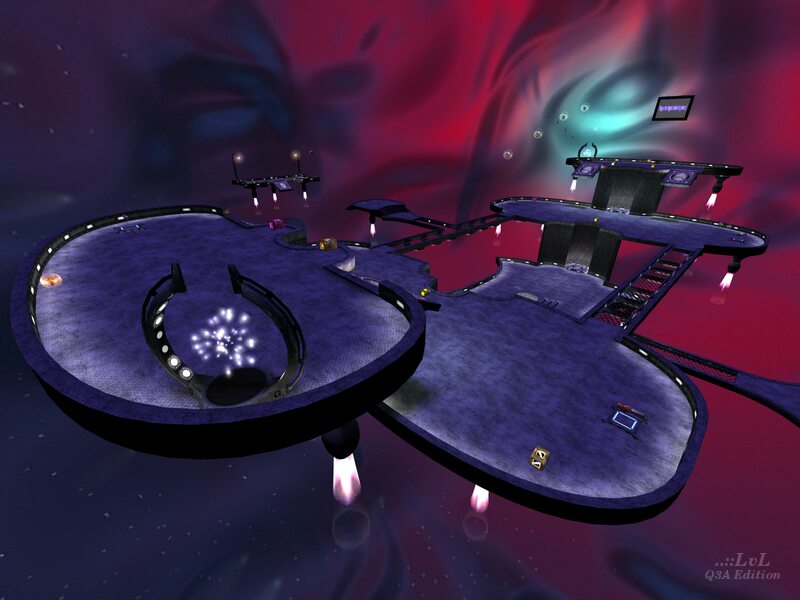 Space Curve is an almost symmetrical, dark space map with a gorgeous skybox and missing a Railgun. The only real break in the symmetry besides items is one of the smaller islands is accessed from the lower middle section and the other is from the higher walkway.

The visually strong skybox is used well to help locate you in the map quickly on respawn. A seamless use of curves and brushes is highlighted with the green to blue to purple colour scheme, which finishes the space theme.

Up against bots, they will mostly stick to either end of the common ground. This can leave the MegaHealth to Red Armour to Quad Damage run very open. With some easy speed jumps, this combo can be fun and quick to pick up.

A well constructed release but the layout is too wide without the Railgun. Enjoyable for a few rounds. 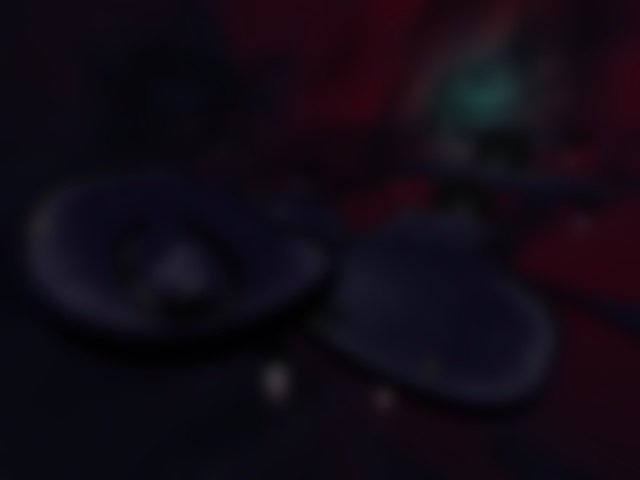