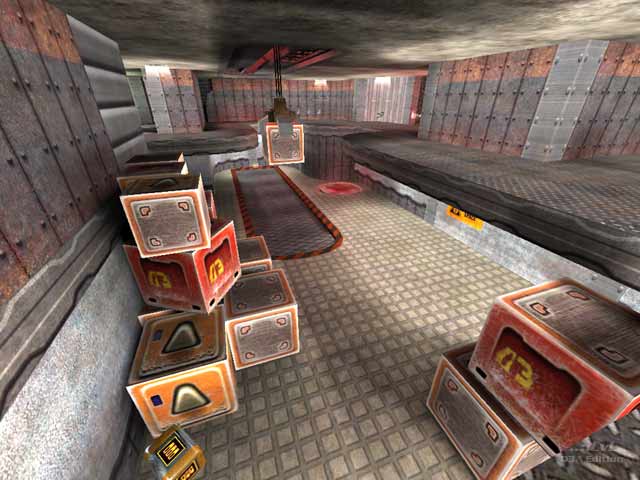 his level is a bit off the norm. The map has a detailed construction, but the teleporter texture clashes with the surrounding area. The map generally leads to a good frame rate excepts for when a player approaches the 'fumes', when the performance will tank through the floor. The connectivity in areas is rather clever (players will need 125 fps or pmove_fixed 1 to make many of these jumps, unfortunately), but the map lacks a strong vertical element that normally assists connectivity in the corners of a level. The item placement is generally suitable for a reasonably skillful game of 1vs1; however, there is some concern as the Red Armor is relatively sheltered and is easy to defend. The lack of a third major defensive item and slow (but still effective) connectivity make it difficult for either player to press for a kill when one player is in control of the Megahealth and the other is in control of the Red Armor. The bots do okay.

The level is good across the board, but it doesn't shine in any particular area. It is worth the download if you are not picky about any particular aspect of map design. 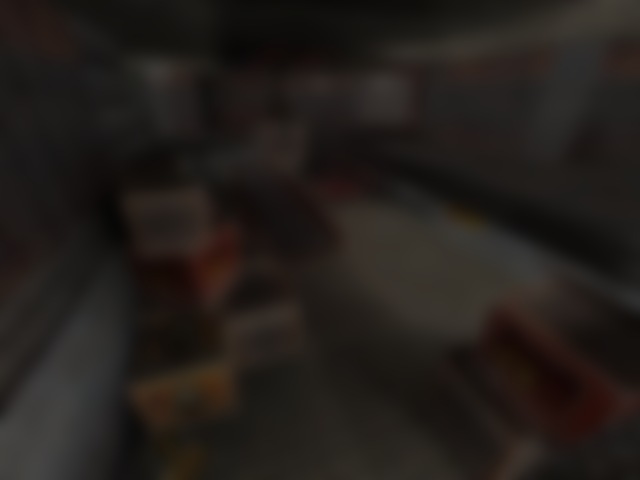