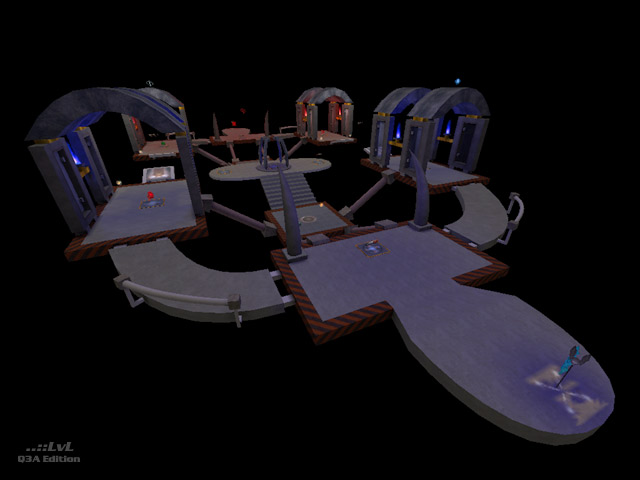 Space CTF maps tend to make most players cringe and the game play here does little to help buck the trend. While the map looks okay the connectivity and item placement exaggerates well-known space map problems. The three paths between each flag are nearly straight lines that leaves little to surprise. The only ammo clips are for the Railgun, a weapon that rarely needs to be fed extra ammo. Megahealth and Invisibility can only be reached with the help of the Rocket Launcher. Fortunately, while the ammo is in very short supply, the Lightning Gun can periodically counter the Railgun's dominance. The bots will occasionally annoy you with the Railgun but they are very beatable. 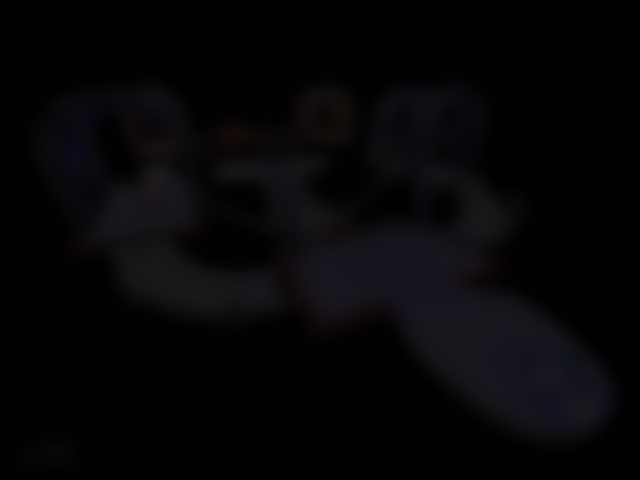