The setting is a park surrounded by buildings. There are the requisite features such as trees, bathrooms, and basketball courts. The texturing has a blue feel to it, but some of the level is very dark, allowing for snipers to pick off weakened players. The only defensive items in the map are a Megahealth, a yellow armour, a +50 health ball and 4 +5 health balls. So players spend most of the time overwhelming weakened players. There just isn't enough armour, nor ammo clips for the Plasma Gun and Lightning Gun. The machinegun and Railgun on the other hand have ammo clips that are unnecessary. The bots are relatively stupid and are great rail bait.

It looks okay, but it is not much of a place to frag in. 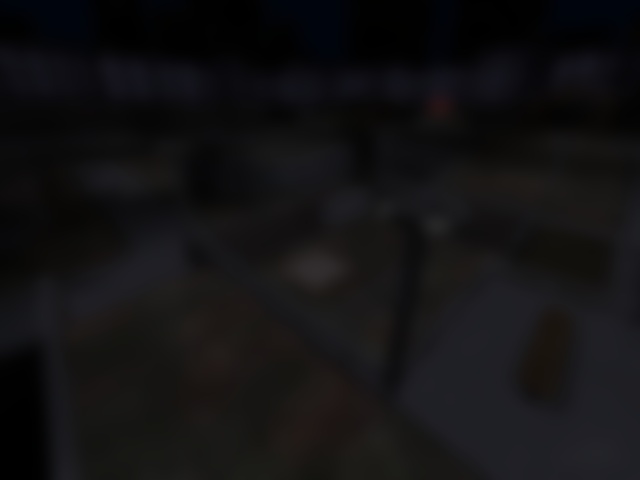