
Menu

Home

Forum

Random


.::LvL
Q3A Database
A Load of Useless Bloody Loonies
by Lunaran
ReviewDownloadCommentsVotesMediaOverview
- LUN3DM3: File Information ----------------------------------------------- 06.18.2001 ---
Title : A Load of Useless Bloody Loonies
Filename : lun3dm3.pk3
Author : Lunaran
Email Address : **email removed**
I will not help you with your mod, I will not make a map for you,
and I am not an all-in-one information service.
Web Site : lunaran.fragland.net
Previous Releases : Lun3DM2 - Let's Drink Beer and Shoot Things, Q3DM
Lun3DM1 - Coriolis Storm, Q3DM
LunQ2DM1 - The Gridlock, Q2DM
westfront - Westfront Facility, HLDM
complex - The Complex, Q2DM
Installation : To install, simply unzip and place lun3dm3.pk3 in your baseq3
directory wherever you installed Quake3:Arena. The map should now
be accessible via the Multiplayer menu or by typing "\map lun3dm3" at
the console without the quotes.
: To play in CPMA (www.promode.org) (highly reccomended) install Lun3DM3
as usual, and additionally, unzip and place lun3dm3-cpm.pk3 in your CPMA
directory. The map should now be accessible via the CPMA menus or by
typing "\map lun3dm3-cpm" at the console without the quotes.
: To play with the custom bots I included, you need to download Harlequin's
Team-Storm skin pack from www.planetquake.co...ottages/qbranch
and properly install it. The custom bots included are specifically
written to a) bring out the good qualities in this map's gameplay, to try
and make up for the fact that the bots can't figure out the lift or the
rocket launcher, and b) provide you with all Doom-skinned bots to
enhance the atmosphere. Oh stop whining, they're good skins anyway.
Acknowledgements : In a very particular order understood only by me -
id - especially whoever it was that added the LoD stitching
the beta testers - for obvious contribution
the QMap.org and #terrafusion ogres
Harlequin - for all that skinning and then some
Douglas Adams - for the title and the books it came from
than - for some of the texture content I incorporated (the switch mainly)
Friction - for giving me the idea for a "flagrant bitching and cussing
clause" (see below)
the Q3World level editing forum moderators - for putting up with my
occasional smartassedness
anybody who played and liked Lun3DM1 and 2
Beta Testers : Alcatraz and his Inmates, than, Bal, and Friction in VanillaQ3A, and
Fribbles and xfoo in CPMA

- Construction ---------------------------------------------------------------------------
Base : New level from scratch
Inspiration : The layout was inspired by Dapak (www.planetquake.com/dapak), and the
looks were inspired by DooM and by the fact that I had a bunch of neat
textures left over from that Doom-Q3 thingie than and I messed about
with back when we didn't know any better.
: Yes, there are barrels of slime, but no, they don't explode. Sorry. :(
Texture Scheme : LunMetal (olive) (if you plan to use these textures ... a tan version
would look pretty keen, too)
Very Important Note : This map is not meant to look like Doom. It is meant to look INSPIRED by
Doom. ;p There was no copying, resizing, sharpening, or duplication. The
rounded StarGrn* shapes are quite obviously the same - that's the entire
point - but every surface was crafted from scratch with only an eye on the
originals.
Prefabs Used : None
Brushes : 2850
Average R_Speeds : 5000 world, w/ entities, no players
Worst Case R_Speeds : 8500 world, w/ entities, no players
Editor(s) used : QERadiant 202 and 200f, Adobe Photoshop 5.5
Known Issues : For all their incredible ability, the Quake3 bots still have trouble with
(AKA: what the bots the lift in the main room. I managed to trick them into pushing the
can't do on THIS button, but once the lift is up sometimes they aren't exactly compelled
map) to get off the damn thing. And if they do get off, sometimes they jump
back down and stand next to the button.
: They also have a rather unique approach to obtaining the Rocket Launcher.
Instead of jumping across the slime and back, they SWIM it (yeah, that's
right) - especially Bryson. They do, rarely, jump across or back, but I
have never seen them do both in the same go. I cannot fathom why, nor
can I fix this. Just laugh and enjoy the fact that at least you're
getting SOME entertainment from them. :D
: Yes, I tried botroams and doNotEnter brushes and all that tricky crap.

I HEREIN RESERVE THE RIGHT TO BITCH AND CUSS AT YOU WITH FLAGRANTLY
SARCASTIC TONES OF VOICE IF YOU E-MAIL ME SUGGESTING ANYTHING TO FIX THE
BOTS' BEHAVIOR, WHETHER OR NOT YOU HAVE ACTUALLY READ THIS WARNING. You
aren't smarter than I am - get used to it.

: Reviewers that take off huge amounts of score because of poor bot
performance can go jump into some green slime. I'm really sorry and all
but I didn't program the bots so it isn't my fault.

* You MAY:
- Use the included custom textures & shaders, or modifications thereof, provided you give
note of such in an attached readme (and please let me know). Also be sure to use directories
and filenames different than those in lun3dm3.pk3, or else you run the risk of having both maps
excluded from pure servers.
- Distribute this pak file and/or its contents by any ELECTRONIC means, provided you leave
the contents unaltered and include this text file, also unaltered.

* You MAY NOT:
- Decompile or reproduce the BSP as a base to build additional levels. Make your own damned
maps.
- Commercially exploit this file or its contents in any way.
- Distribute this pak file and/or its contents on any HARD MEDIA whatsoever, including but not
limited to magazine coverdisks or level compilations, without prior consent of and negotiation
with the author. I mean it this time, Computer Gaming World. 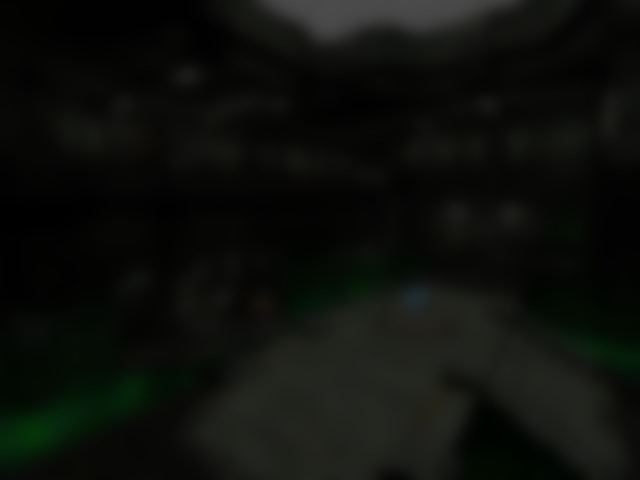