Inspiration: My inspiration for this map was my childhood years and the
monkey bars at school. When I was a kid we were all over
them and jumping real quick from place to place playing tag.
It was real intense and lots of fun.

I also like having constant battle with lots of firepower
where you don't really have time to catch your breath.

Just like when I was a kid on the monkey bars at school.

In that spirit of fun, the map has a lot of trim ledges and shit
to run ON, OVER and UNDER for sneaky vertical double-backs
as well as a couple of open areas for some good all-out brawls.

The bouncepads in the open areas will just add to the vertical fun.

I've added enough firepower and armor to keep the action going
and to help keep the intensity level up. There's always a weapon
or more ammo to grab in a pinch if needed.

Suck it up, grab yer weapon and jump into the fray!

Description and Tips: - the map is set in some sort of futuristic facility type dealy.
The layout is vertical and as connected as the design would allow.
The action is really quick with not much searchin and lotsa hurtin!

- the bounce pads in the open area are fun for those
shotgun/rocket midair frags OR you can sneak around
under the catwalks for cover and a quick double-back
and blast em while they're airborne with the rail!

- the teleporter on the second level takes you to the haste perch.
From this perch, run straigh ahead for the megahealth. This is a
secluded part of map where lotsa campin can be had for those of
you who like such things.

- the teleporter on third level catwalk takes
you to a platform above the main open area that has
two switches to activate. Decisions, decisions.

- the switch on right is the "Monkey Switch".
It's a good way to weaken or destroy enemies before
grabbing the BFG and commencing with THE SMACKDOWN!
When tripped, it activates a shitload of grenade
launchers from the platform itself and from the walls,
raining them onto the open area floor below. ( the switch
also launches grenades on the other side of the map in
the octagon room where the quad spawns)

- Listen for the demented monkey screech when flippin
the switch! It can be heard all over the map and I
think it'll stir some laughs PLUS it warns other
players where you are and get to safe ground before
being turned into hamburger meat.

- the switch on left opens the cage door to get
the BFG. You have exactly six seconds to get in and
out before you're either a sitting duck trapped in
cage or hurt by the cage door coming down! Don't worry,
you can make it if you do it right or have the Personal
Teleporter in case you get trapped.

- the BFG spawns only half as often as it should so use it while
it lasts! I intentionally left out the BFG ammo to maintain the
balance of power throughout the match.

- sometimes the bots are stupid on this map. they've been seen
camping at the mega health and staring at the wall. I've added
probably too much in terms of ammo and shit, trying to get the
bots to play nice but....

How to play: - place the monkeymadness.pk3 in your /baseq3/ folder
- start quake3arena
- select the map under the Skirmish menu in the single
player mode

The other map I'm working on is called "Battle of Theed". It'll be a largish/clan war map.
It's based on the Star Wars Episode One movie. It should be in beta by October 2000, although
I actually started it before "MonkeyMadness" and "Bad Mojo". I just happened to finish
the Monkey map first.......cause Theed will prove to be a bitch to pull off.

Working with Radiant is both fun in its simplicity and frustrating with it's
little quirks! Can you say rebuild?

I am a 3D artist/compositor/editor with experience with Alias|Wavefront PowerAnimator
and Maya, Softimage, 3DStudio Max and Lightwave.

Building 3D maps and running thru them is lotsa fun cause I'm not constrained to the
one rendered view/camera angle and I am free to fully explore my little virtual worlds
from any angle in real time! Coolio!

FEEDBACK: I'd like to hear what you think on layout, textures and FUN FACTOR.

If you can give me any info regarding ways I can increase FPS and lower r_speeds,
it would be greatly appreciated.

Please feel free to send your comments or suggestions to:

The r_speeds throughout the map are averaged between 3000 and 9000 but can peak
out around 15000 depending on:

1) your video card
2) your viewing angle on the map and whether lots of doors are open (area portals
can only do so much!)
3) How many players are in the area

The FPS are between 30-90 throughout most of the map during normal play...
but can dip into the low 20s, again, depending on the above listed factors.

I added the doors specificly to use the area portals to bring down r_speeds
and give back some FPS lost to detail.

I'd like to know how to implement something like area portals but not have to make
solid doors all the time to break up the map render.

Again, if anyone can give me more info on getting FPS, I'd really appreciate it.

I've included the monkeymadness Q3Radiant map file for your perusing if you wish
to see how I built the level, set up the trigger system or clipped shit off. It's
for Build 199. Go ahead and tear it apart if you wish. I'd like some feedback on
sloppiness of my mapping skills with regards to nodes, blocks and stuff like that.

ID SOFTWARE for making a kick-ass game as well as a kick ass engine and providing FREE
tools to develop levels! Q3Radiant is a seriously fun 3D program to create with.

(clan lettering is red and yellow. look for it while we're smackin ya down!)

- Tigger-oN and Mandog for setting standard to be followed and for providing template
for this spiffy text file.

- Thanx also to any other mappers who gave some input on how to be a better mapper as
well as those generous enough to create tutorials for me to follow to learn the shit.

- All kidz who maintain sites with level editing tutorials.

- To crew at ..::LVL, I tip my hat. They really have their hands full
testing and reviewing all those maps! However, I'm sure most of it is
not really what I would call "tedious work". More like fun in name
of progress! I'd give my left nut to do what they do.

This level may be electronically distributed only at
NO CHARGE to recipient in its current state, MUST
include this .txt file, and may NOT be modified IN
ANY WAY. UNDER NO CIRCUMSTANCES IS THIS LEVEL TO BE
DISTRIBUTED ON CD-ROM WITHOUT PRIOR WRITTEN PERMISSION.

(I'll probably let you anyway but contact me first so I know. thanx) 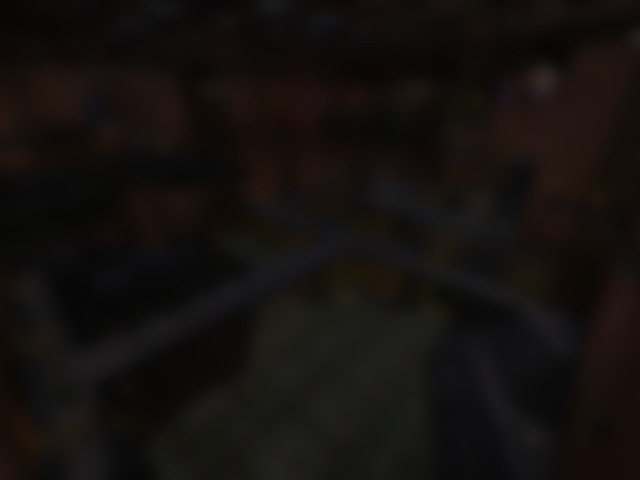